As French artist Jacques Villeglé has recently passed away, the book “Papier” by photographer Kasia Wandycz pays tribute to this major figure of the contemporary art scene, pioneer of Street Art, founding member of the New Raalism mouvement, who held its own against American Pop Art, and inventor, with Raymond Hayns, of the Affichisme (poster art) mouvement. At a time when, in cities, print is gradually giving way to the digital screen in public spaces, this artist has been tracking the beauty of paper since 2015, a living medium of our heritage and marker of our collective history. The reality thus seized, enters, by the choice of framing, into an imaginary universe…

From next September 1 to 10, the Taglialatella gallery, founded and directed by Nadège Buffe, will host the exhibition PAPIER for an exceptional Pop Up event. You will be able to meet Kasia Wandycz and discover some of her works in this amazing place located in the heart of the Marais in Paris.

Of diluted ink and torn paper

From the dawn of the printing press until the 21st century, printed matter —whether in the form of books, posters, lithographs, leaflets, etc.— has continued to leave its mark on the way we think about the world, how we describe it. Vehicle of our knowledge, object of transmission, print has marked our individual and collective memory and our imaginations since its creation.

In the public spaces, posters hold a central place. Tools of advertising, propaganda, communication, information, they are now slowly disappearing. 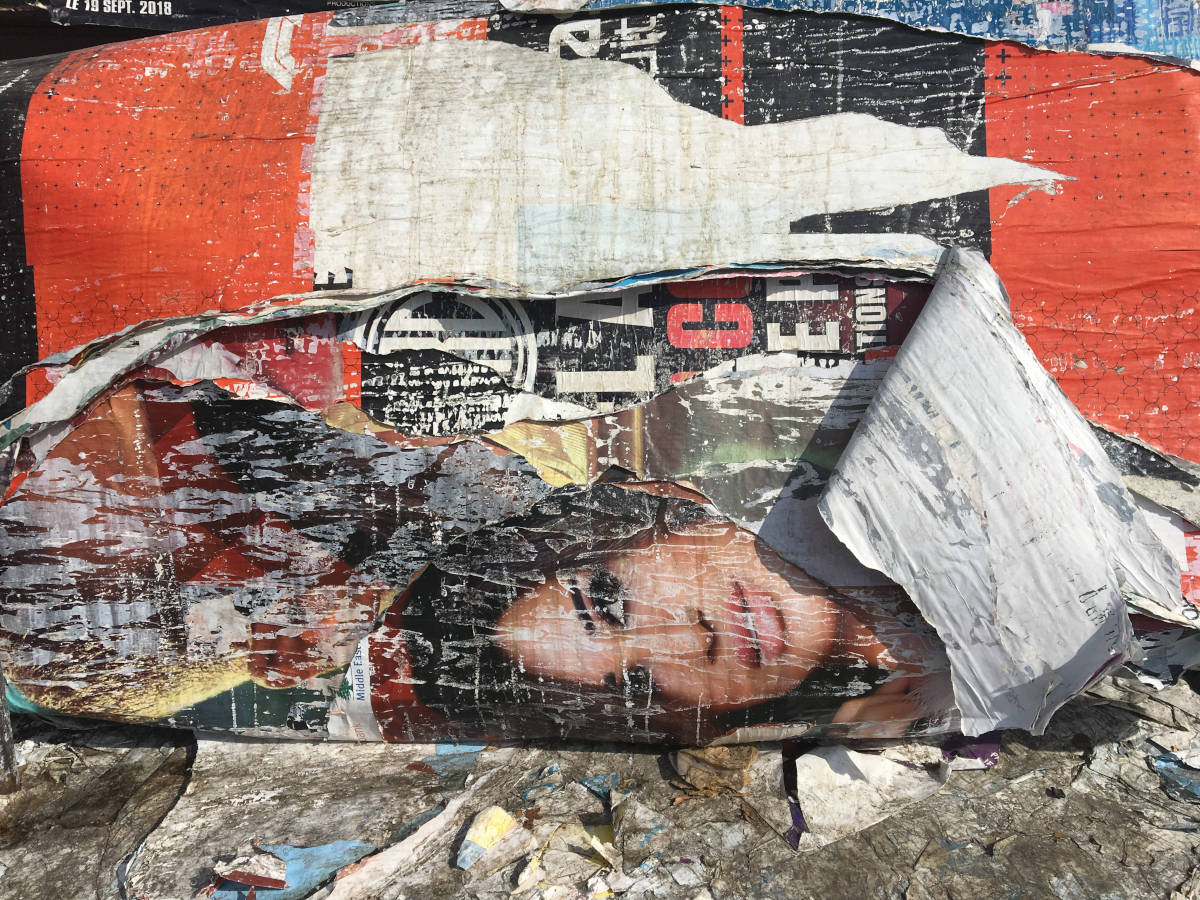 In light of the supremacy of digital technology in our societies, and its display support, the screen, posters are increasingly replaced by moving images, without materiality. They thus gradually leave the physical world to enter the world of calculation: the nature of the poster is evolving, it is now nothing more than an ultimate tool for controlling the number of passers-by, their attitudes, the number of times where they will look —or not— at the moving image.

To pay homage to this world of print in evanescence, Kasia Wandycz wanted to keep its last traces. For several years, she has been photographing fragments of posters torn or mistreated by wind, rain or human intervention. During her strolls in different cities such as Paris, New York, Warsaw, she lingers on a chromatic detail, on a form, on a composition that catches her eye. Without appropriating the poster in its entirety as Jacques Villeglé did, she retains only a fragment of it in the photographic image. This in turn becomes a work of art in its own right through a framing chosen and assumed by the photographer. 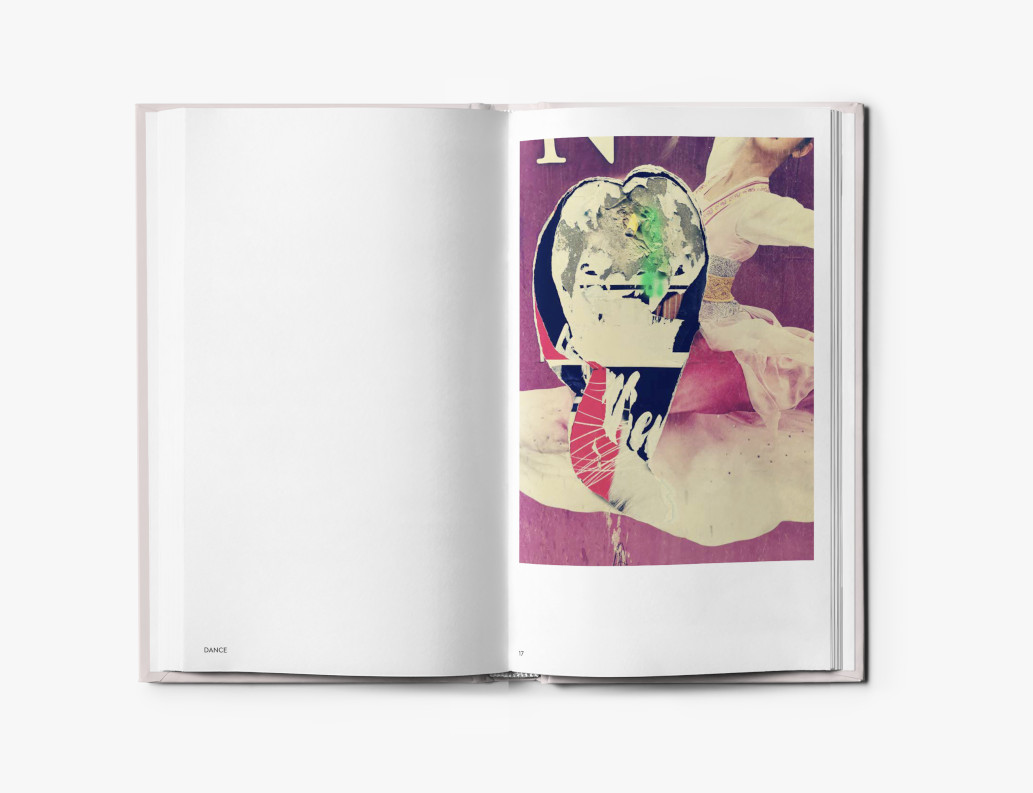 A trace of reality, the image produced, if it remains an appropriation, thus enters the imaginary world. Without retouching, without recomposition, the poster or rather the superimposed and damaged posters are transformed, by the grace of a new frame in their material, into a new work, abstract, poetic, political, in either pastel or bright colors.

Pop art, urban art, pictorial art? Kasia Wandycz’s work is at the crossroads of all these art forms. As the image produced is produced by a camera, the resulting work creates new opportunities, allowing us to give free rein to our interpretation. 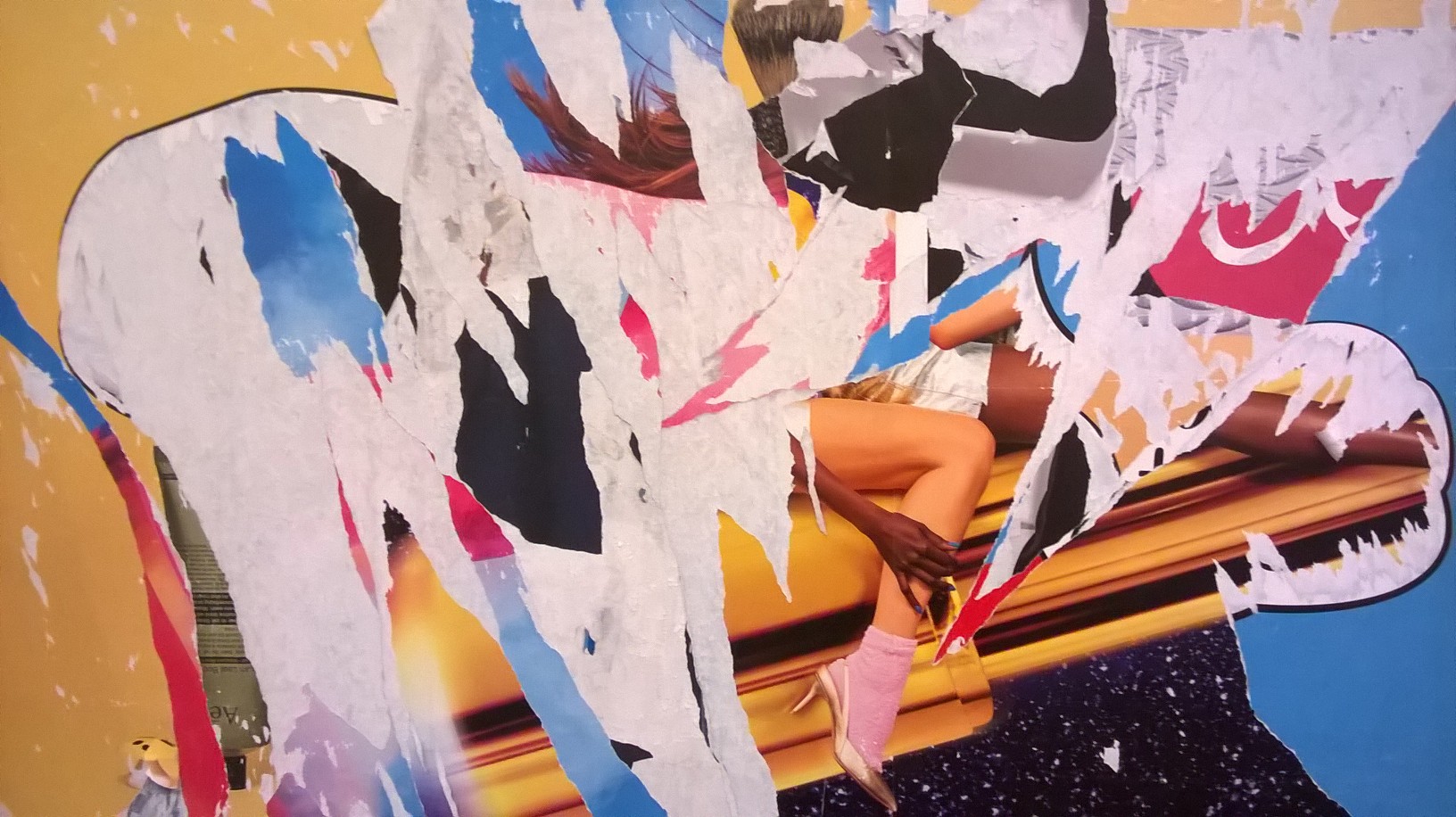 By restoring a part of the collective memory that appears in the urban spaces, it allows us to rekindle our enthusiasm for a world in the grip of oblivion or destruction. Each work tells a new story, which everyone can write. A creative gesture through a glance, it is available for a new appropriation by anyone who looks at it. Inspired by the treasure hunt she has created, questions arise: What is the poster about? What do we see? Who does it make us think of? We thus rediscover the pleasure of looking, of questioning ourselves, of searching. As we face the profusion of images, this downtime is a precious gift that is offered to us.

Kasia Wandycz’s goal is to make us perceive the beauty of a shape, a color, a thickness of tears. To apprehend the beauty of these papers, which have been damaged but are alive, to feel their volume, their depth.

Distortions of reality, poetic works, these photographs compose a visual and graphic universe that give rise to emotion, joy and nostalgia.Emerging from the anonymity of the street, they enter a new space of contemplation when the walls of the city give way to those of picture rails, or to the pages of a book…

The book will be prefaced by Olivier Deloignon. Professor of visual history at the Haute École des Arts du Rhin (HEAR), and researcher and lecturer at the University of Strasbourg, Professor Deloignon is also director of the laboratory “De Traits et d’esprit”, shapes, functions and histories of illustration print as well as independent curator and editorial graphic designer. His research concerns the history of typography, the book and its practices, engraving, book illustration, printed propaganda in modern and contemporary times. 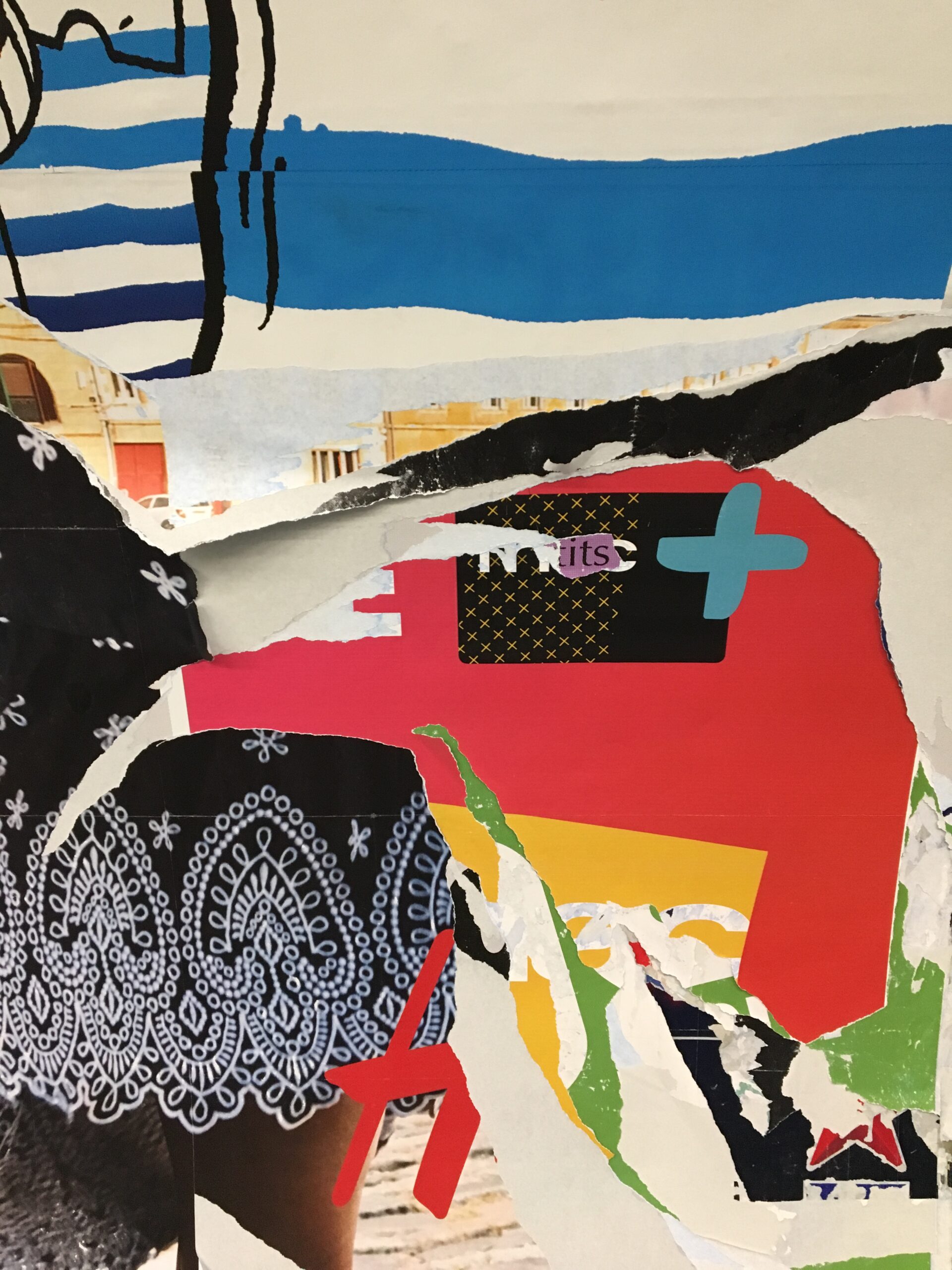 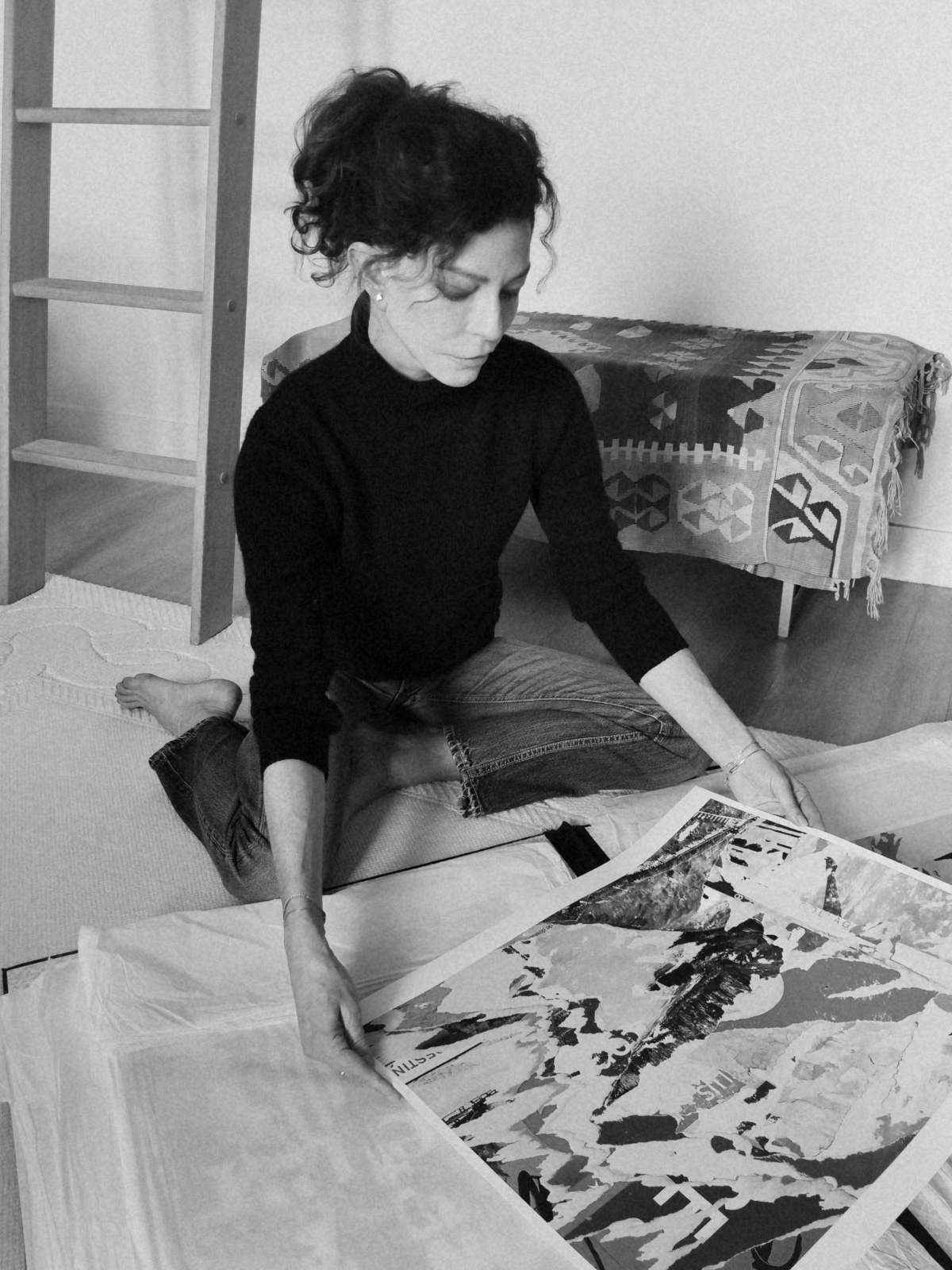 Born in the United States, of Polish origin, Kasia Wandycz graduated with a Bachelor of Arts degree in Graphic Arts from Connecticut College, USA. She also studied painting at the Academy of Fine Arts in Cracow, Poland. She lives and works in Paris and was a photographer for more than 25 years for the French weekly magazine Paris Match. In her artistic practice, she focuses on paper as both a substance and a subject. In scraps of used, printed and torn paper, she finds poetry, and in her photographs, they gain new existence and meaning. Printed paper, which we encounter during our walks in public places, is a part of commercial advertising or political propaganda. Wandering around contemporary metropolises, including Paris, which she knows so well, she draws her own reporter’s map of cities “en flaneur”, transforming the chosen material into a document of time’s passing. Aragon, in the Villager of Paris, described with nostalgia the structure of the city transformed by modern boulevards.

Kasia takes pleasure in observing paper, questioning its future and perspectives. Her work is a reflection of the meaning of paper in our lives, and indirectly, on the role of electronic media devices. Their deterioration is not as spectacular as the tearing and rotting of paper, but the far-reaching effects of their production and consumption are all the more devastating to the ecosystem. Her series of work entitled PAPIER began in 2015 and continues to the present day. 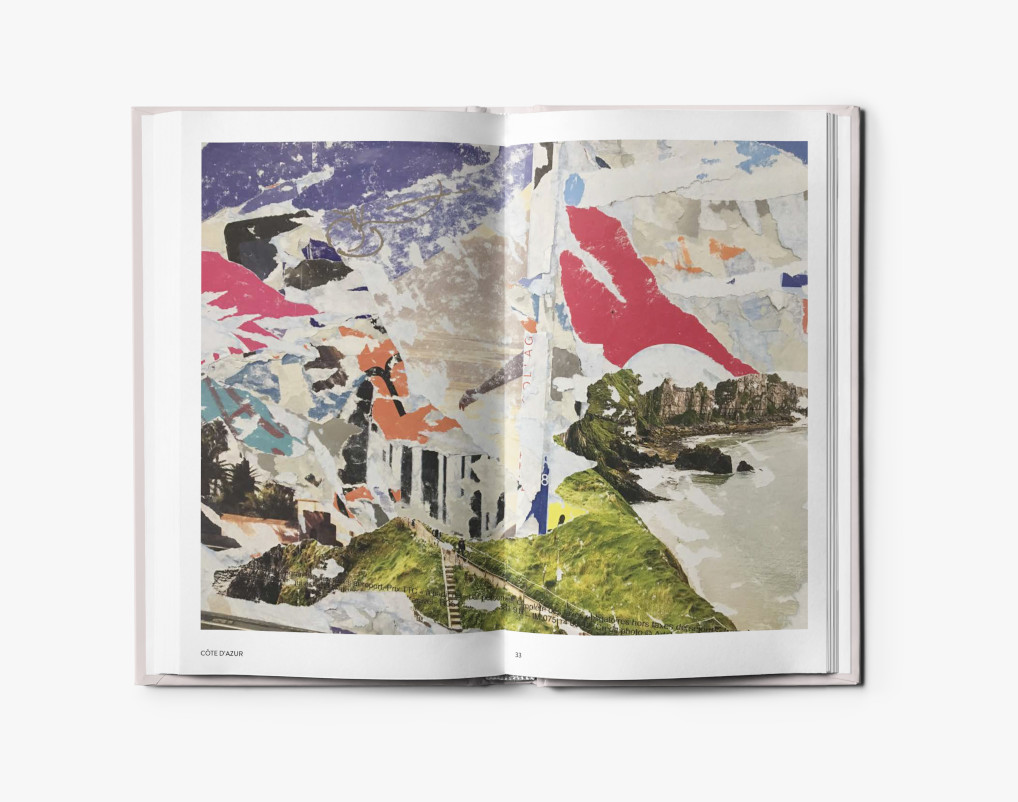 If the budget to be financed is reached, the production and publishing of the book will be entrusted to the Hemeria publishing house.

Hemeria was created to highlight the work of photographers through books. Because the book remains a timeless and universal space of expression since the creation of the medium, because it is a tangible object that can be touched, preserved, shared, and offered, it seemed appropriate to continue to believe in its permanence despite the supremacy of digital spaces, screens, and social networks, where the presence and circulation of the photographic image are exponential.

Hemeria relies on the unique know-how developed by its partners, the creators of Printmodel, a production company specializing in custom printing processes for the worlds of luxury, art and photography.

Hemeria uses only the finest materials, including paper from sustainably managed forests and produced in accordance with FSC and PEFC standards, to limit its environmental footprint. 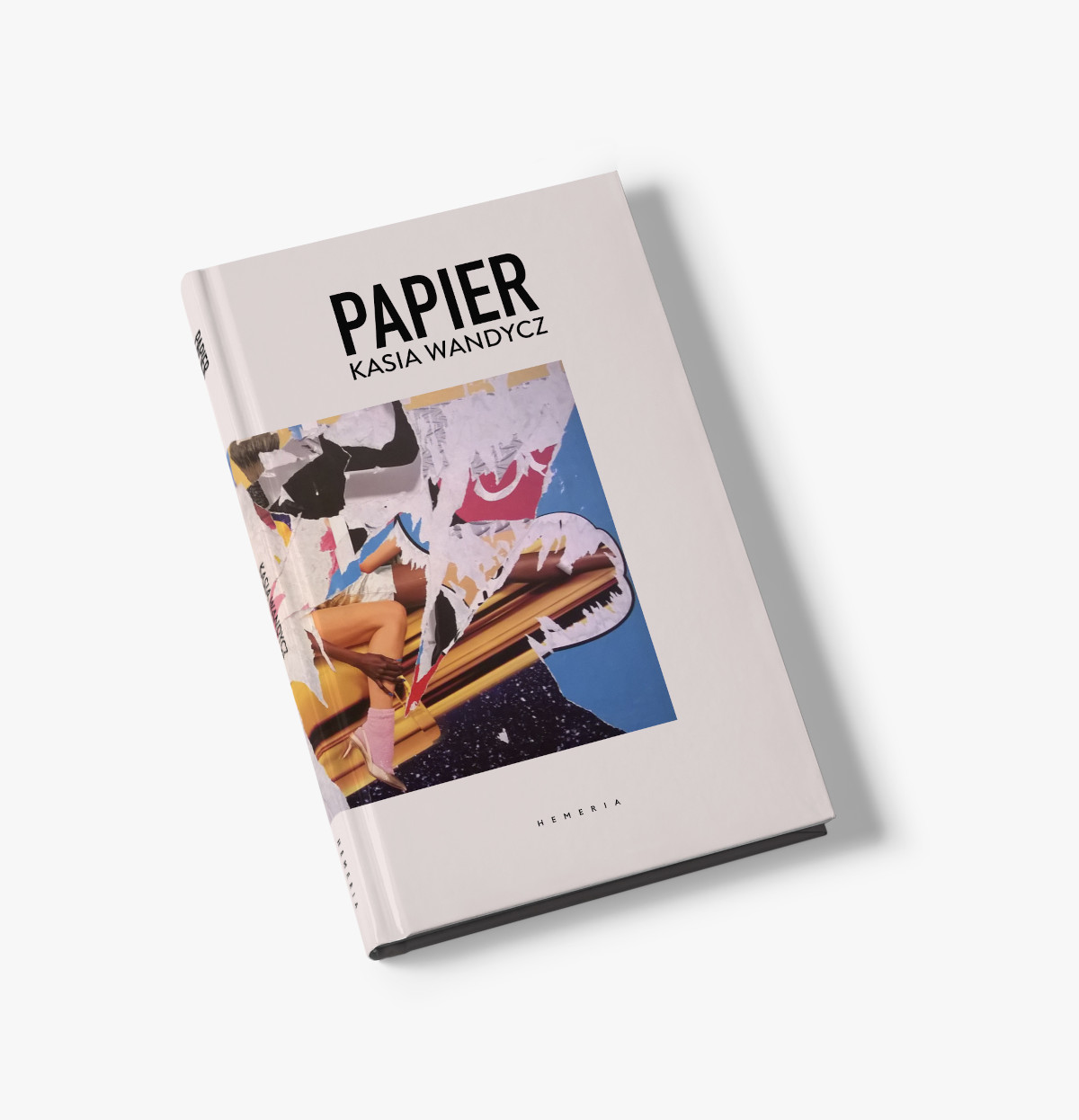 The book in 2 copies to allow you to offer it!
Delivery in France included 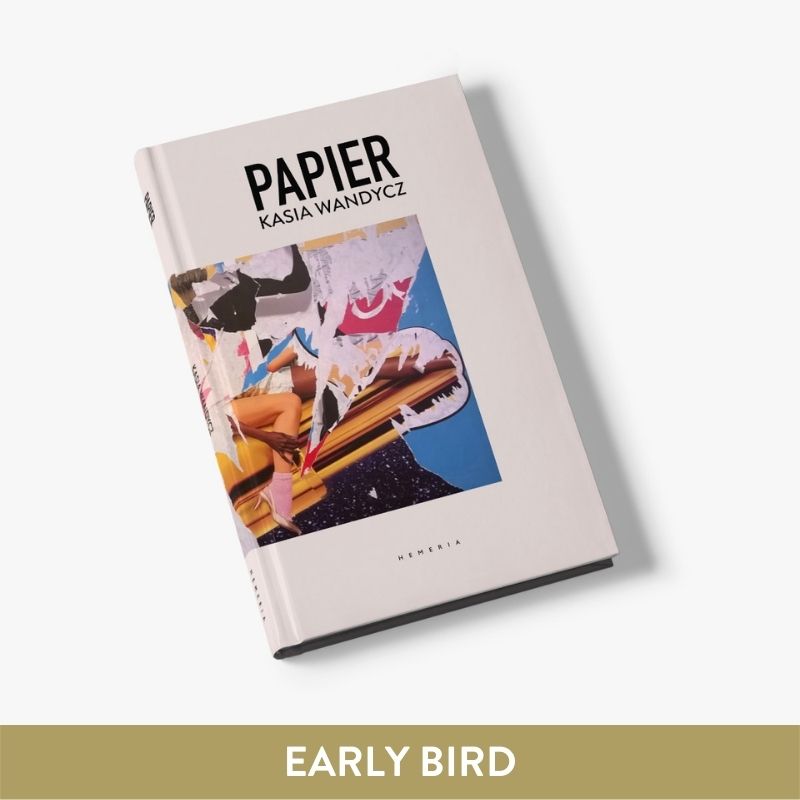 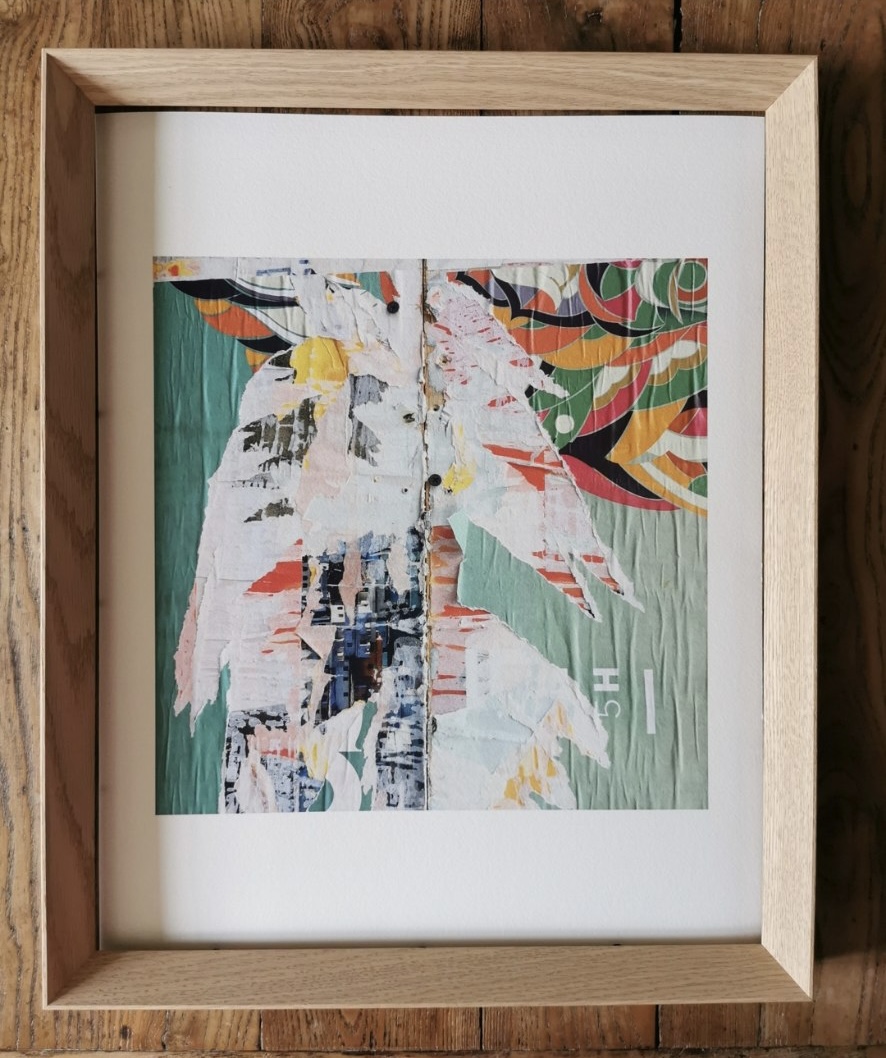 Pack Companies / Gifts Christmas 2022
25 books
+ A personalization (your logo in the book, for example)
+An exchange of visibility on all the events and communication tools - contact us to know all partnerships intended for the companies (with possibility of tax exemption for a purchase of art prints).

Be the first to review “Papier – Kasia Wandycz” Cancel reply