Inside Views, by French photographer Floriane de Lassée, is a stunning photographic series of images that portrays the beauty of solitude through intimate scenes of people living within cityscapes. Floriane’s approach to photographing titillates our voyeuristic gaze and takes us from the collective to the intimate, from the infinitely large to the infinitely small.

The campaign has been successfully completed, and it is now possible to order the book from our online bookshop here.

For ten years now, photographer Floriane de Lassée has been building a series in which vast cityscapes and the intimate lives of the people who inhabit them are brought together in provocative fusion. This work started from her own experience, when she was new to NYC and didn’t know many people.

In these times of lockdown, this series realized over ten years, takes all the more sense. Looking through the window, observing the daily life and its lot of neighbors, for lack of being able to go outside, represents a real actuality…

Looking through the “glass cage”, observing the daily life and its lot of neighbors, for lack of being able to go outside, represents a real actuality…
A window opened on the elsewhere, on the other.

Inside Views takes us from the collective to the intimate, from the infinitely large to the infinitely small: at first glance, sweeping urban landscapes bring us up against the impersonal face of the big city. But a closer look reveals the presence of residents, caught unawares as they move within the privacy of their intimate spaces. Inside their lovely glass cages, they appear to have forgotten the outside world, lost in daydreams or household chores. Little sketches of lives play out by themselves beneath our voyeuristic gaze. These singular visions place themselves somewhere between the hyperrealist canvases of Edward Hopper, Alfred Hitchcock’s Rear Window, and Jeff Wall’s photographic tableaux.

Floriane, a native of France, came to New York to study at the International Center of Photography in 2003. She immediately became fascinated by the beauty of the nighttime lights in the “city that never sleeps” and by the proximity created by so many tall buildings built closely together. The idea of posing subjects followed soon after, though it added its share of complications: “Contrary to appearances, the images in my pictures are never superimposed. I like to play with this ambiguity, but everything is there in the moment the shot is taken, which demands a lot of preparation.” The process entails teamwork that draws as much from film as from traditional photography, even if certain pictures turn out “simply” to be self-portraits.

Since her first photographs of New York, Floriane has traveled with her large format camera to other “key cities” of the 20th century. But in the end, it matters little whether we are in Shanghai, Tokyo, Las Vegas, or Istanbul: “The idea is not to create a set of postcards, but to evoke a universal feeling of solitude…”

Inside Views has been shown across the United States, Europe and Russia, and first edition (sold out) has been published in book form by Nazraeli Press in 2008. 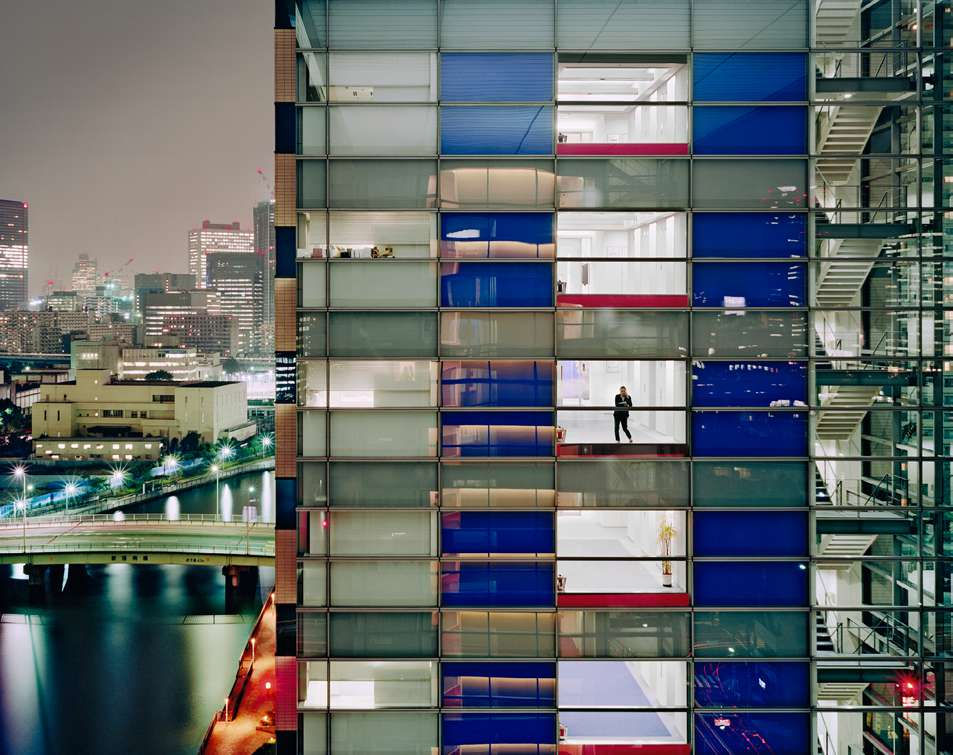 “Each shot is a production that requires days of preparation to find the location, choose the perspective, the model who will be in the foreground of the image, the installation of the lighting… Nothing is left to chance. Except for chance itself, that is, anything that escapes my control: it’s the rain that starts to fall, a window that suddenly lights up or goes out, an unexpected passer-by, the lights of a car, the beam of a street lamp… Each time, I have to manage this part of the unforeseen, the “mistake” that risks disrupting my plans and, by chance, that enriches the image. I never know for sure what I have photographed before developing the negative, sometimes even before making large prints. Floriane de Lassée 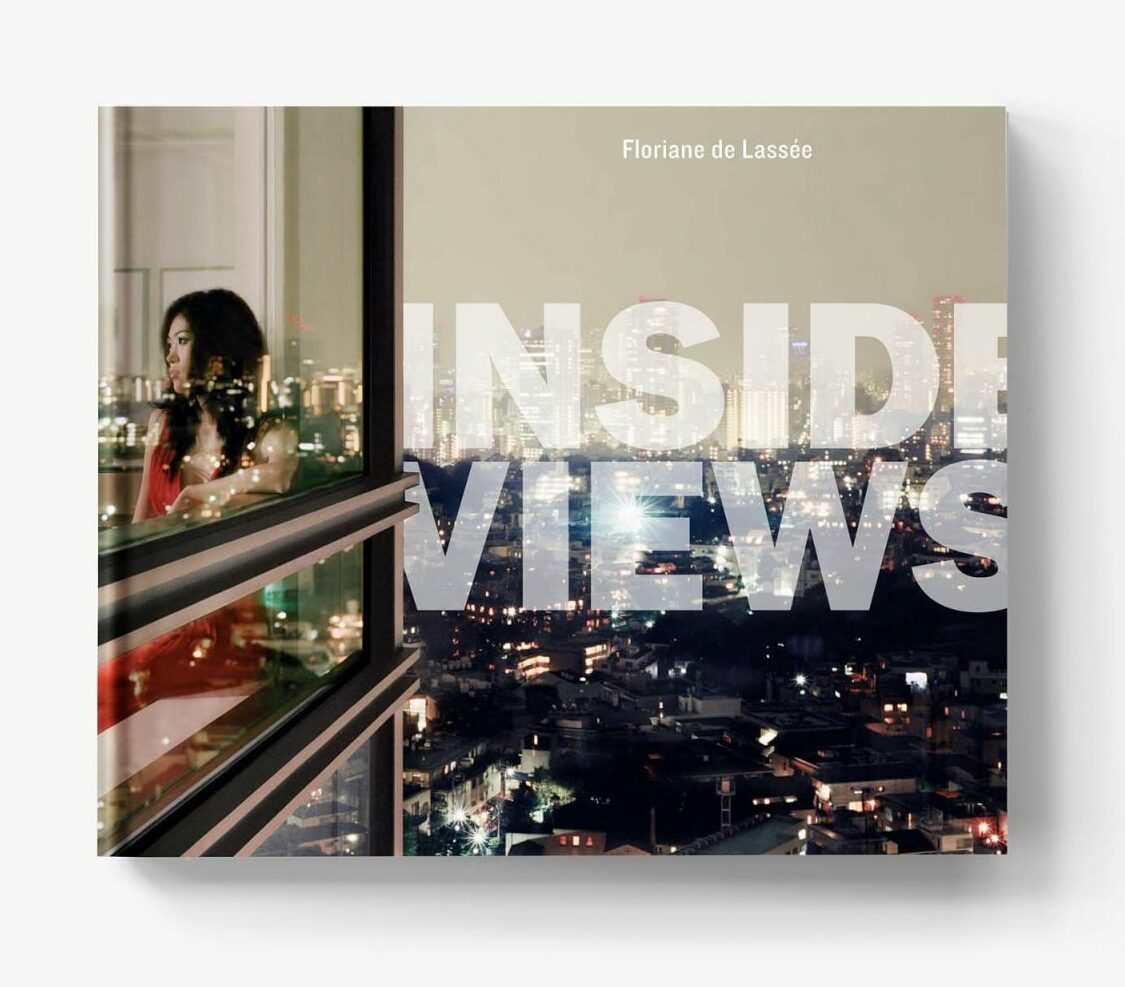 This image is a 3D rendering of the book, we need you to make it real!

High quality box 37x30x3,5cm, numbered from 1 to 30
Covering paper Toile du Marais (outside) with hot stamping 1 color
Interior with 2 x 3 mm highs on each side padded with Sirio Vermiglione.
3-panel leaflet in Sirio Caffe 290 grs creased, folded and glued on the right side of the box including 2 head prints on metallic photographic paper, 27×21 of the image + white margin > 32×26 cm numbered and signed
3 choices of duo of prints different from those of the box.
– 1 postcard 13×18 ” Inside Views ” stamped with my logo and signed by me with my thanks. 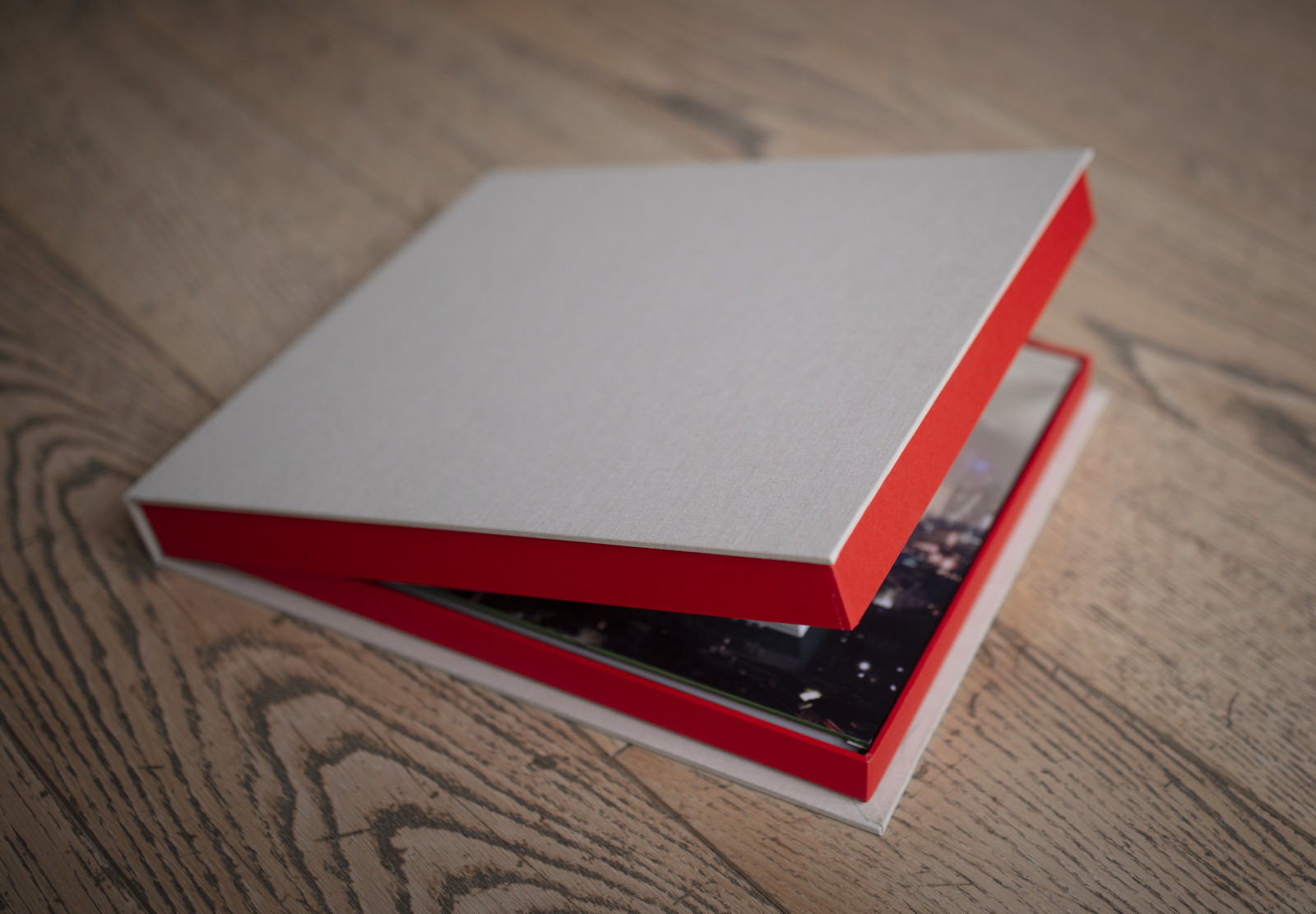 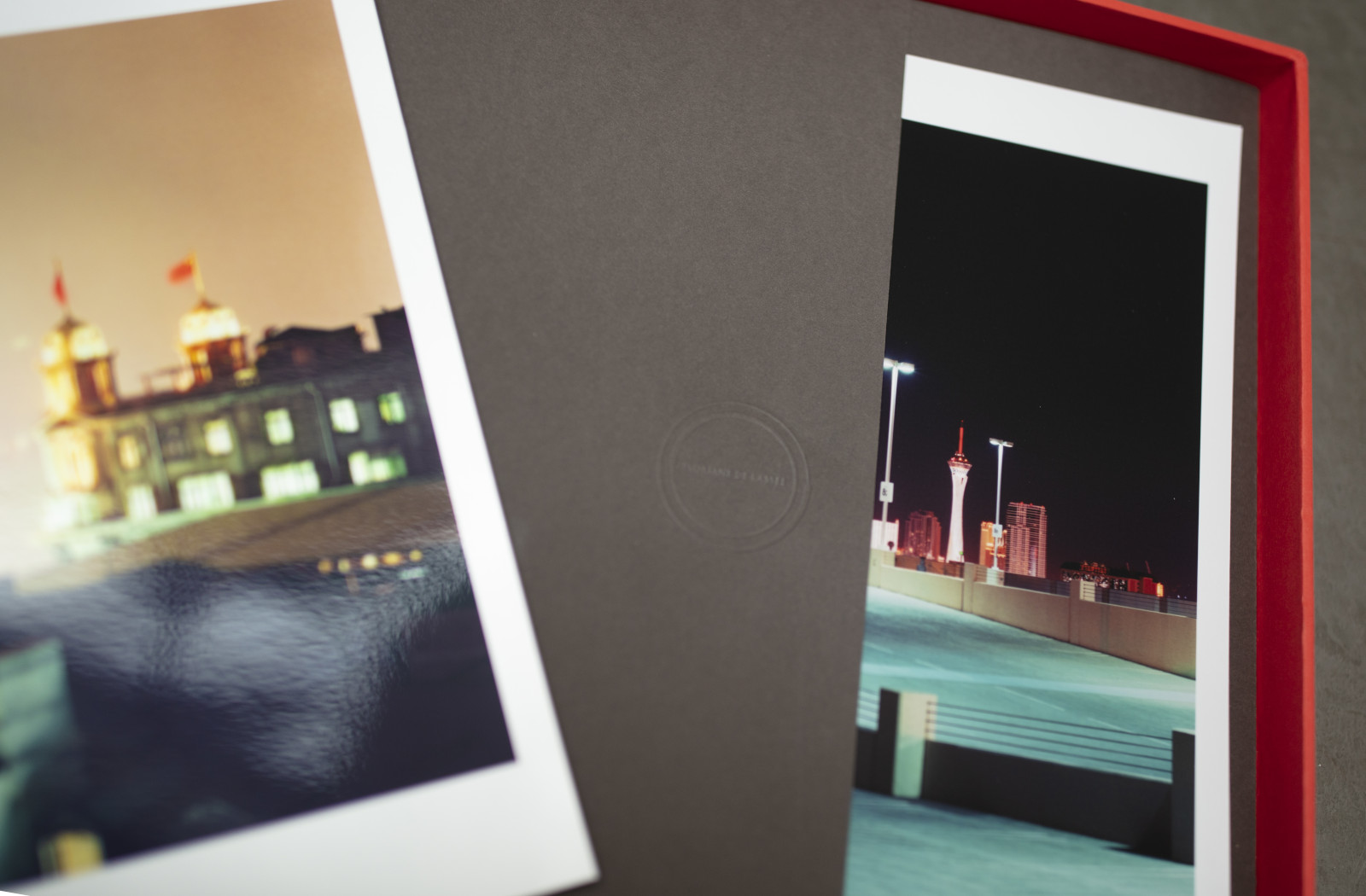 Images Available with the Slipcase version (190€) 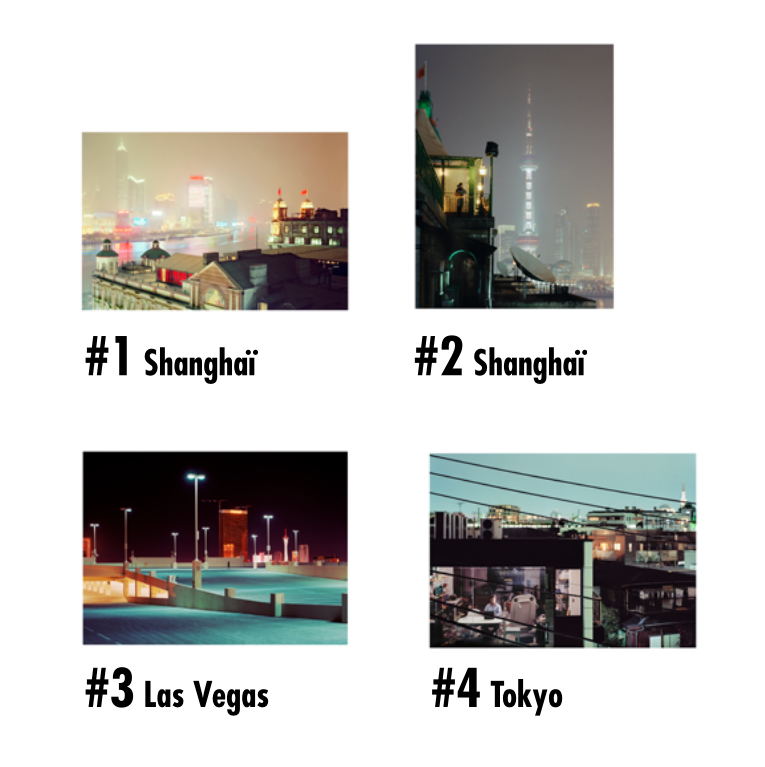 Images Available with the Collector Case (550€) 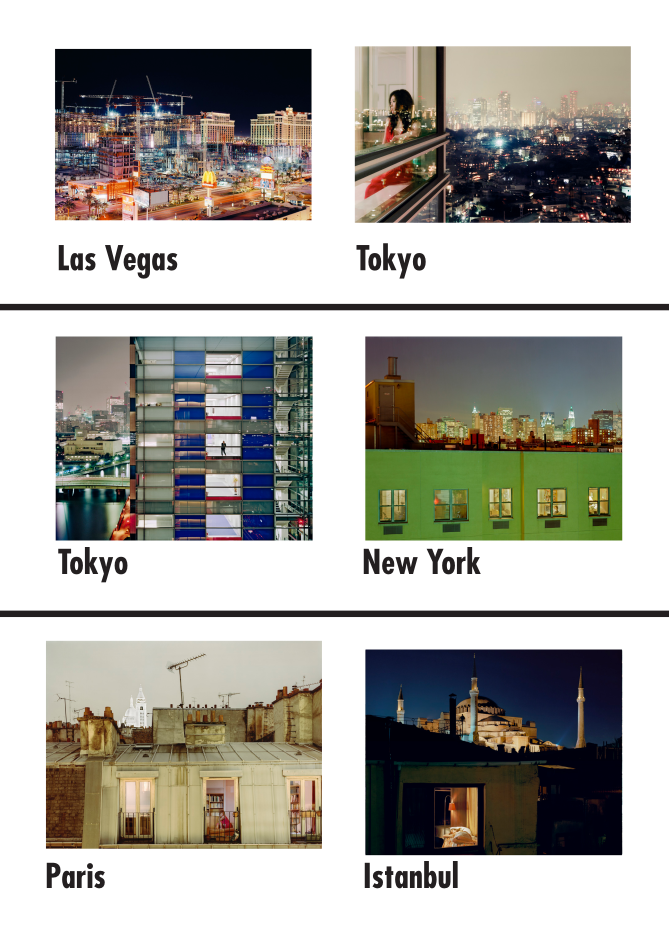 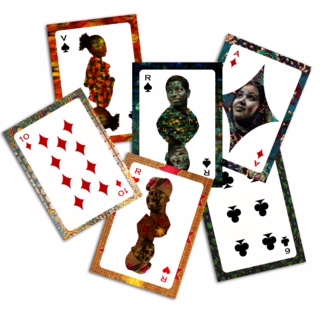 A set of cards from the "Mamas Benz" series, signed, stamped, numbered to 300 copies.

You will receive the book (69€ ttc public price as of its release).
+ 2 postcards 13x18cm stamped with my logo and signed by me
+ Your name in the book. 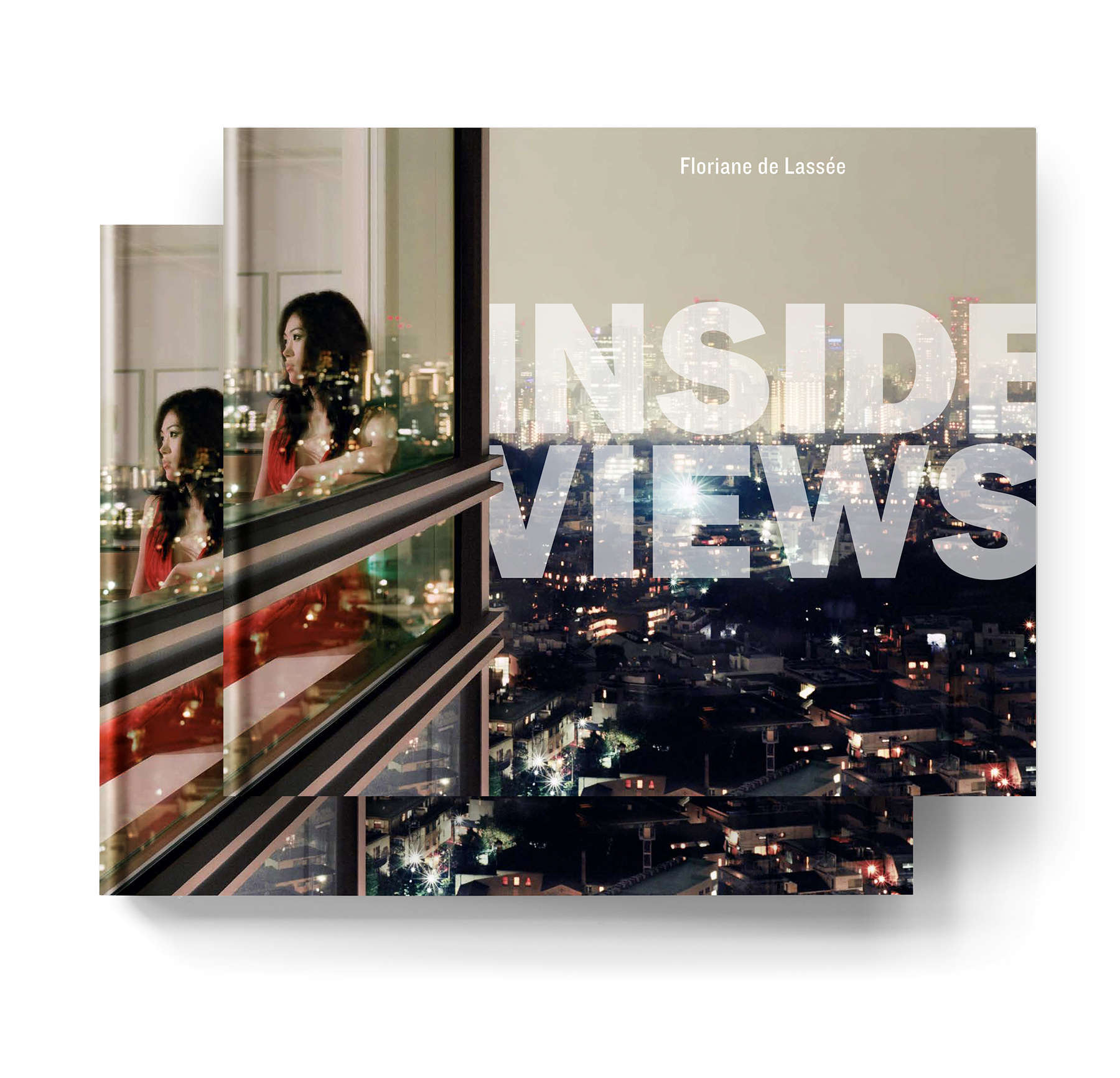 You will receive 2 books.
+ 2 postcards 13x18cm stamped with my logo and signed by me
+ Your name in the book. 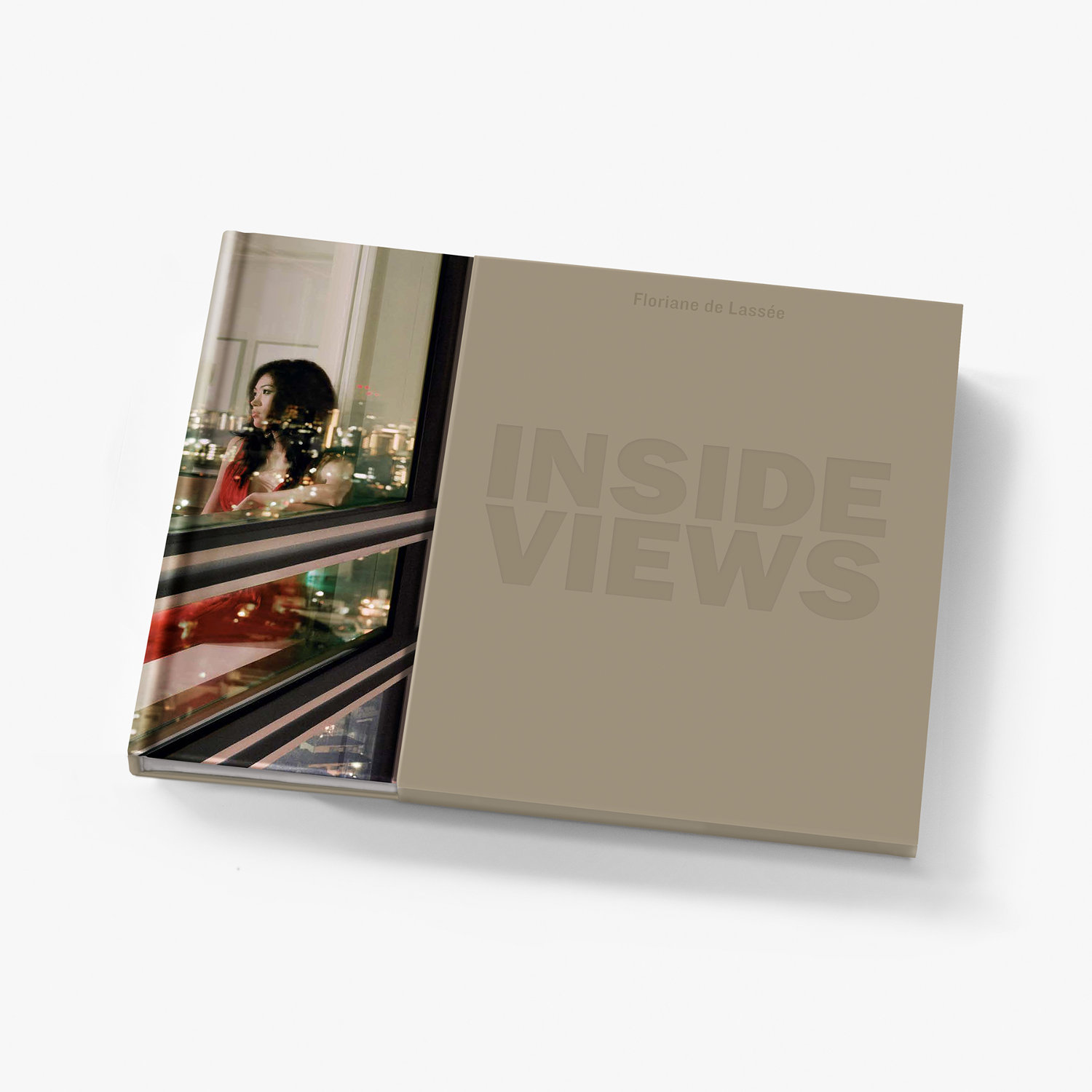 The book in a beautiful slipcase
+ 1 signed and numbered first edition (4 choices) on metallic paper like the works in gallery (32x26cm)
+ 1 postcard 13x18cm stamped with my logo and signed by me.
+ Your name in the book.
Please specify your choice in the order's note during checkout.

Collector Case numbered from 1 to 30, 37x30x3,5cm.
+ 2 head prints, 32x26 cm, on metallic paper signed by me and numbered.
+ 3 choices of duo of prints, out of print or at the end of the gallery edition, different from those of the box.
+ Your name in the book.
Please specify your choice in the order's note during checkout. 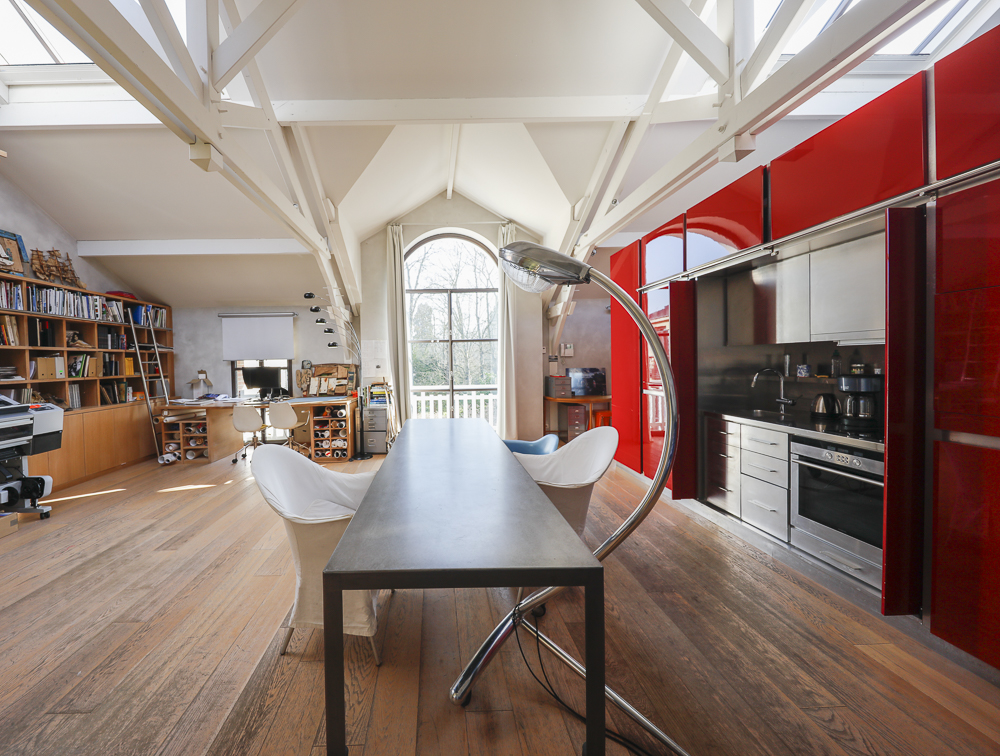 Half-day workshop at my studio in the Paris area. Explanation of the process of the camera, notion of digital retouching, walk in the photo stock, exchange around books that inspired me or that I discovered. Lunch with me. 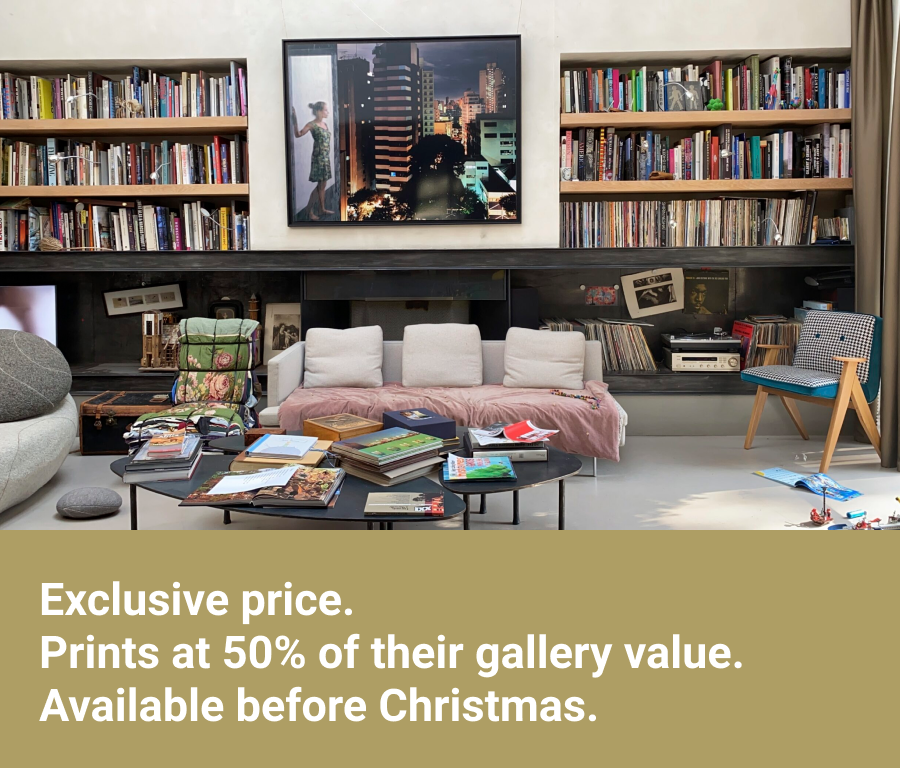 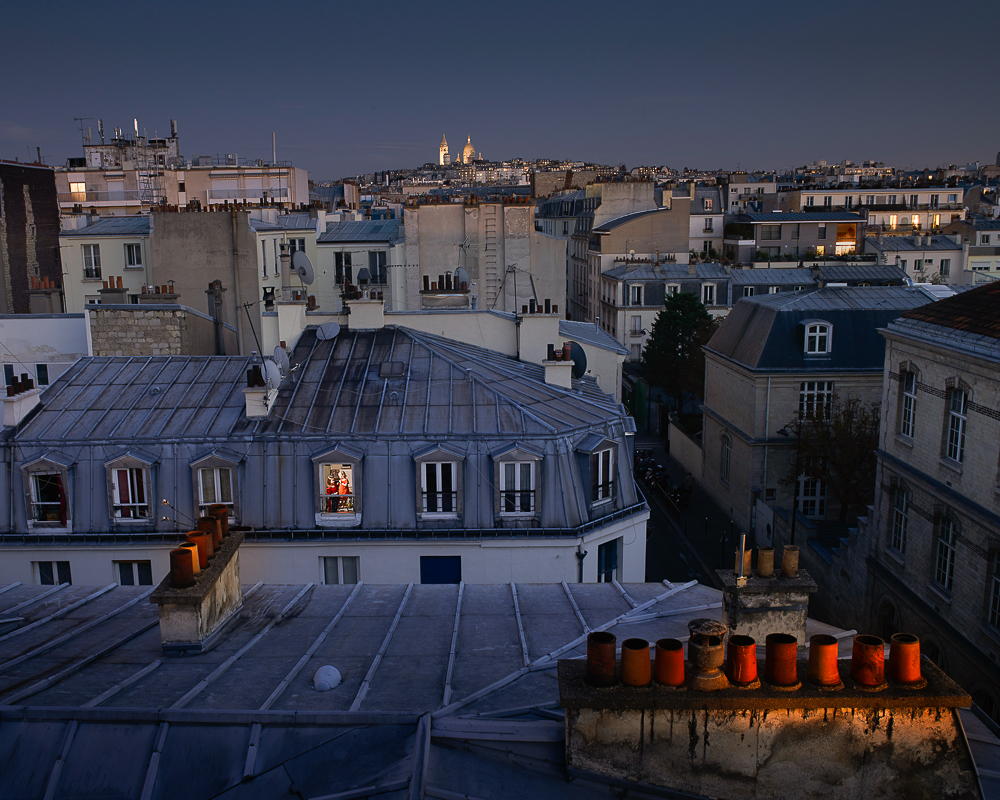 Photo of you or the person of your choice on the rooftops of Paris or in the Paris region within 3 months. Transfer of rights for your private usage.
+ Print of the photo in a maximum size of 110x150 cm framed.
+ Book offered
+ Your name in the book 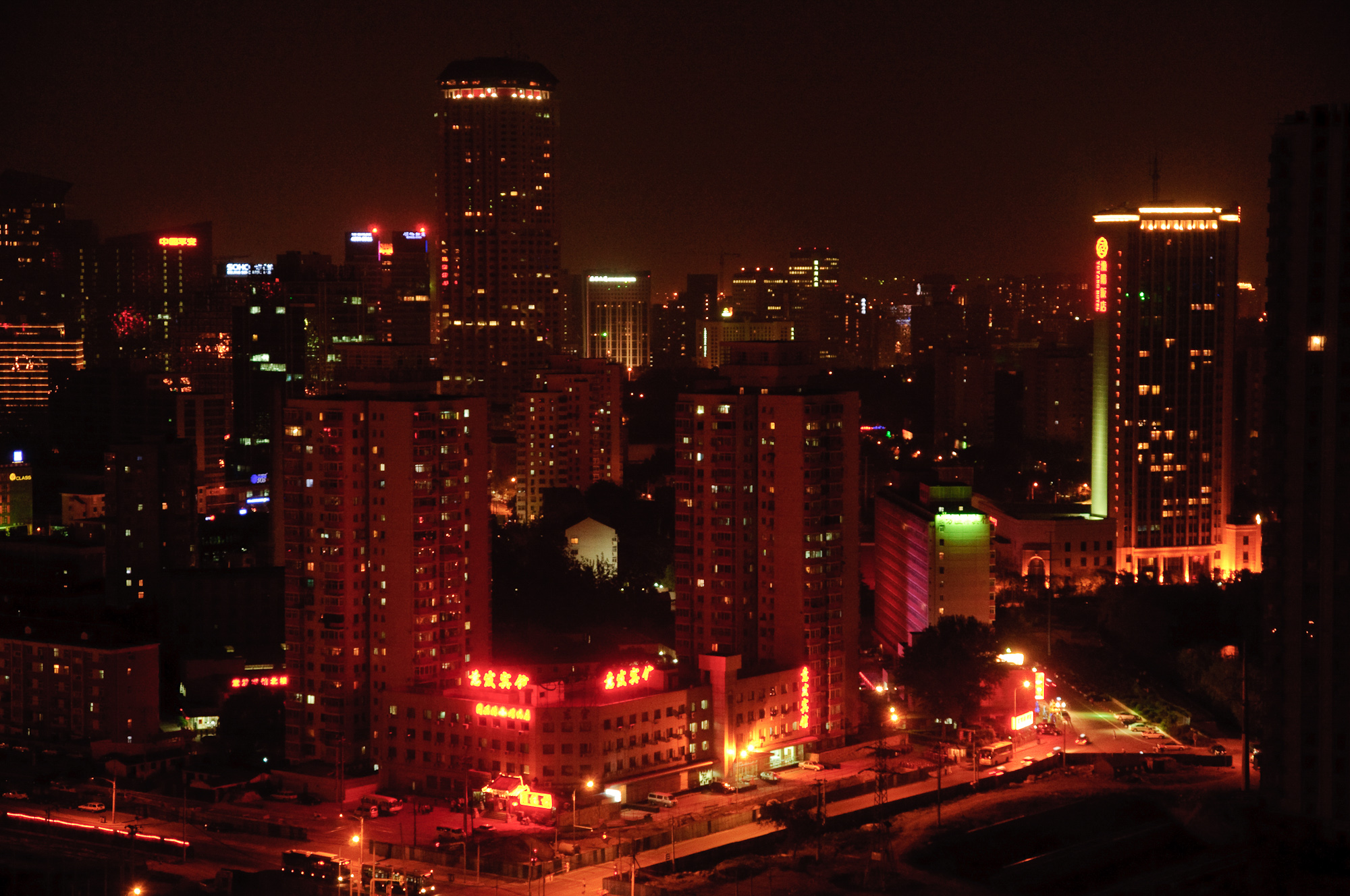 I come to make a photo in your country, wherever you live in the world in a place that inspires you. Transport at your expense.
Print of the photo in a maximum size of 100x150 cm sent in a roll.
Transfer of rights for your private use.
+ The book. Unique edition.
+ Your name in the book