Macadam Paname is the culmination of many years spent in capturing the strangeness of the real in the streets of Paris. His photographs concentrate humour, burlesque situations and incongruities of everyday life. In this book, Laurent Delhourme presents a new approach to street photography.

Update for fine art backer : if you back and have a fine art in your reward, you will be able to get it now (even if the campaign fail, please see the Update tab for more information).

Macadam Paname, what is it?

Macadam Paname is the first book of Laurent Delhourme.
His work is part of the filiation of humanist photographers (Elliott Erwitt, Henri Cartier-Bresson, Willy Ronis, etc.). Through the observation of the details of everyday life, these artists of the twentieth century were able to tell us stories, which still today challenge us, amuse us, touch us and give us the impression of belonging to the great “family of men”.

In a certain way, Laurent Delhourme claims this heritage, assumes to appropriate it and enjoys the pleasure of perpetuating a documentary practice that has become an art.
Like his elders, he photographs the human being in the banality of his daily life, then sublimated by the astonished, curious and attentive gaze of those who wander in search of a “decisive moment”.

The popular districts of Paris are the privileged setting for his research. He is interested in the inhabitants of the capital, he testifies to an epoch, to the small moments of everyday life which, by the choice of a frame and a light, become a marvellous or poetic theatre. Hemingway is not far away: «Paris is a party, for those who know how to watch it».

Macadam Paname is the culmination of many years spent in capturing the strangeness of the real in the streets of Paris. In this book, Laurent Delhourme proposes a new approach to street photography. His photographs concentrate humour, burlesque situations and incongruities. The look, in black and white, is not voyeur, he is amused. With Macadam Paname, we walk in a new city in perpetual movement, restored through the imagination of the photographer and his ability to capture moments of unique.

“I’m working with observation and spontaneity. But the most important thing for me is the emotion that a situation gives me. Over time, I have found that the more emotional I feel when I take a picture, the more successful the photograph will be. In my process, I try to capture unique moments. My photos have to tell a story. I am passionate about the daily lives of the people I meet on the street, and I am interested in every detail. I am as attentive to what can happen around a store poster, as I am to tourists in a park, as I am to a young woman taking a selfie on the street.”

Born in Bordeaux, Laurent Delhourme has lived in Paris for over 25 years. After studying audiovisual, he became a professional portrait photographer from 1997. Author of numerous advertising campaigns, his portraits have been published in various French and foreign magazines. Passionate about the image, he moved from 2001 to the camera as a complement to his photographic work. Director and chief operator, he has produced a large number of reports and documentary films.

At the same time, Laurent Delhourme surveys the Parisian macadam, Leica by hand. It seeks to capture the invisible in the everyday lives of the people it meets. Each of his photos is connected to a story, a story, a singular moment. Far from a journalistic approach, he wants to document his time.

The choice of excellence

Macadam Paname is a project carried out in partnership with Hemeria.
This independent publishing house stands out for the quality of the works it manufactures (choice of paper, photoengraving, printing, etc…), quality made possible by the control of the production line.

The production of the work is entrusted to printmodel®, whose know-how and the development of printing solutions have already been put at the service of great photographers such as Raymond Depardon, Jean-Baptiste Huynh, Gérard Rondeau, Vincent Munier, Laurent Ballesta, to name a few.

The artistic direction of the book was entrusted to the design workshop En Tandem, which made the choice of a simple and streamlined graphics in order to enhance the narrative dynamics of the author’s approach. The logic of diptych, which creates a real dialogue between the images, reveals the daily life of a city that often escapes the Parisians who are in too much of a hurry or the tourists who are in such a hurry.

Hemeria has decided to use only noble materials for its production, in particular paper from sustainably managed forests and produced in accordance with FSC and PEFC standards, to limit the footprint of its activity on the environment.

Hemeria also participates in the Reforestaction program: for every book purchased, a tree is planted!

This project was presented as a preview during the  Rencontres d’Arles 2019 as part of the Voies Off festival, during an exhibition organized by Hemeria.

The book will also be presented in November 2019 at the next edition of Paris Photo, the international art photography fair that takes place every year at the Grand Palais in Paris, of which Hemeria is a partner.

The book is scheduled to officially launch in June 2020.

Macadam Paname will be broadcast by Hemeria via its online sales platform and its distribution network worldwide. This network consists mainly of bookshops specializing in the field of art and more particularly in photography.
The book will also be sold in photo galleries during exhibitions dedicated to the work of Laurent Delhourme, or concept-stores.
The book will be published in a bilingual version (French & English) for international distribution.

Financing is provided by a crowdfunding campaign, the objective of which has been set at €20000 to cover the cost of production. 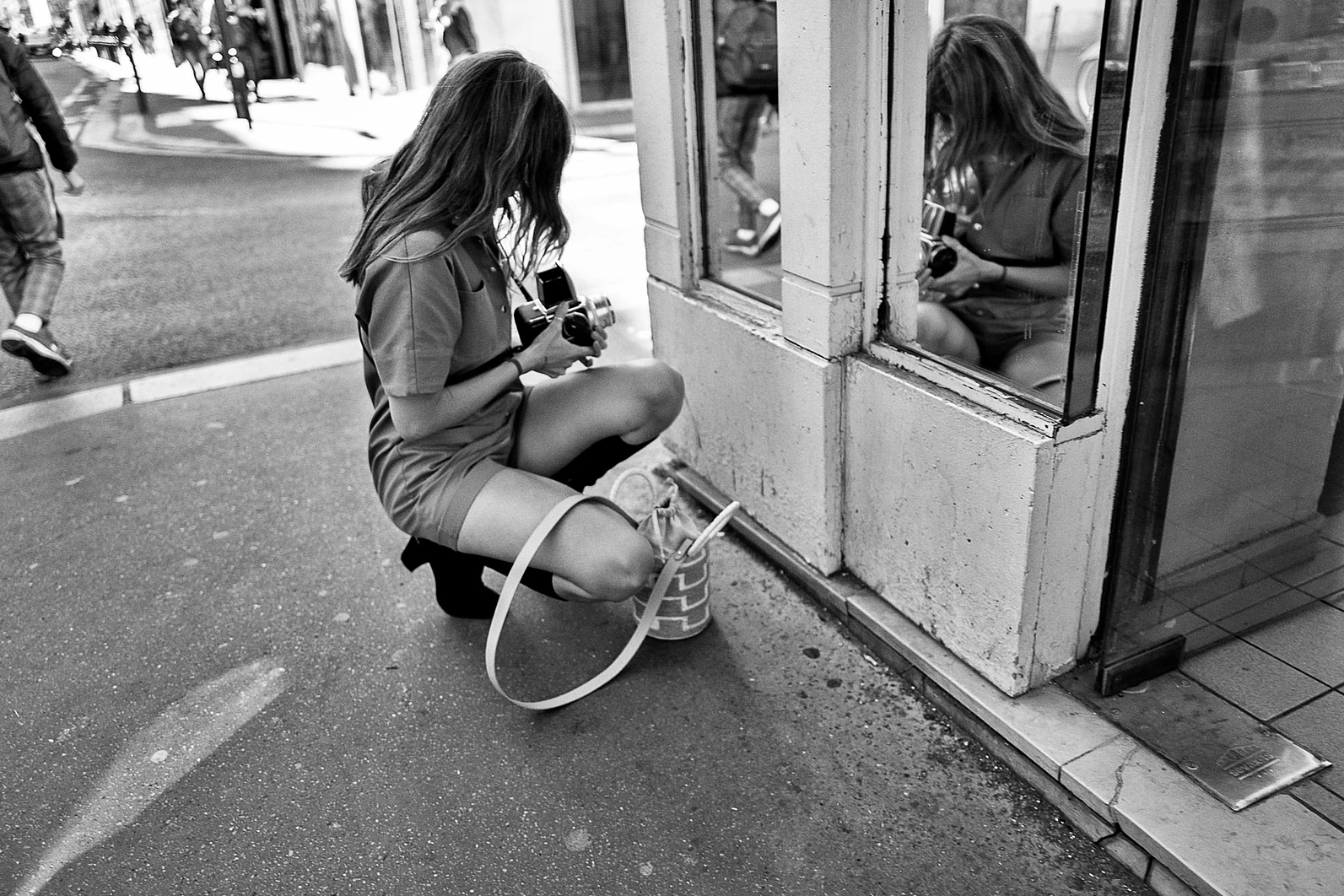 5 original postcards, format 15 cm x 21 cm on 260 g Invercote Creato Digital FSC paper. The choice of the series of 5 images will be made by Laurent Delhourme. Free shipping in France. 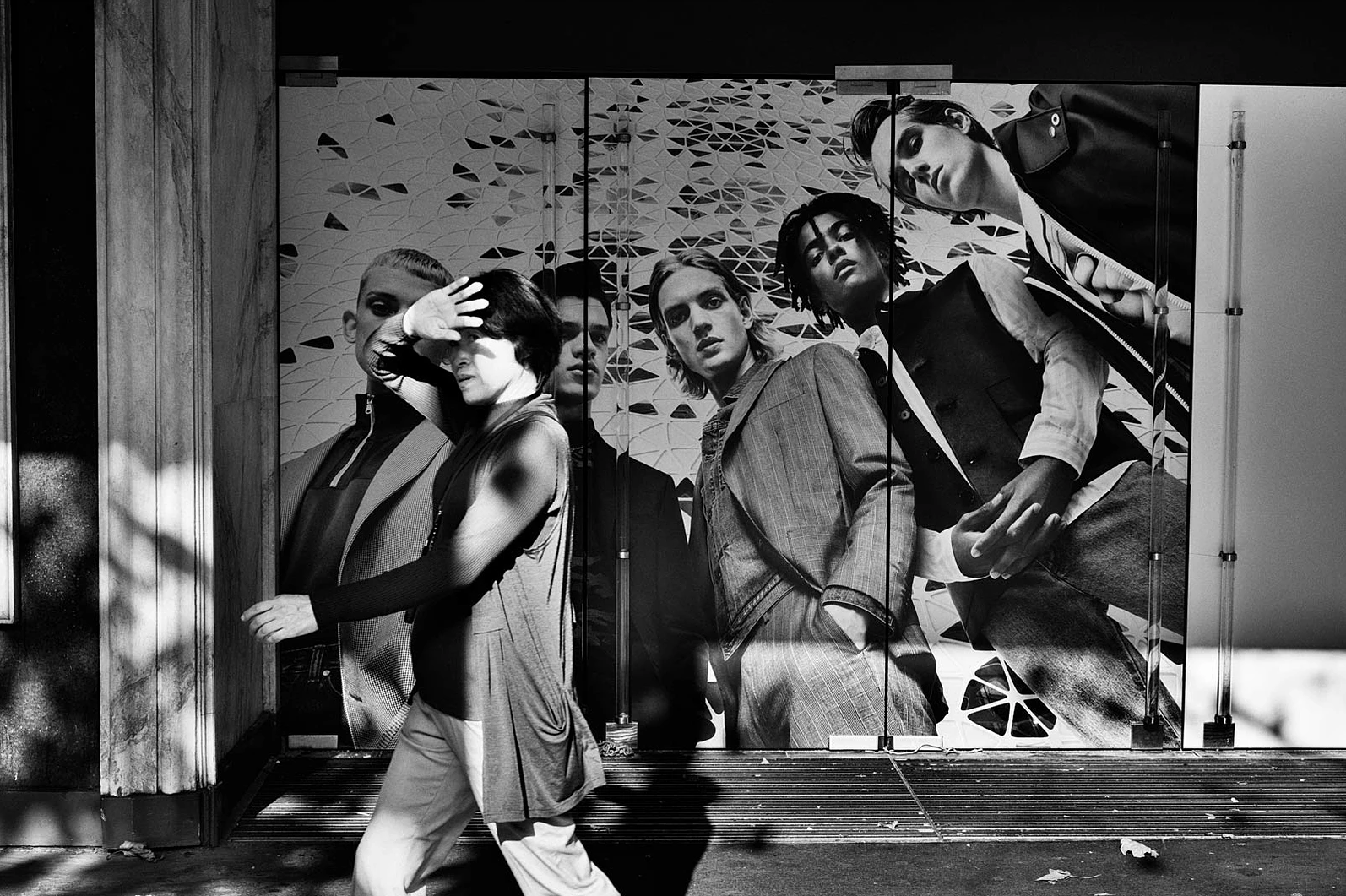 The book <em>Macadam Paname</em>. All donors will have their name at the end of the book on a dedicated thank you page. Free shipping in North America 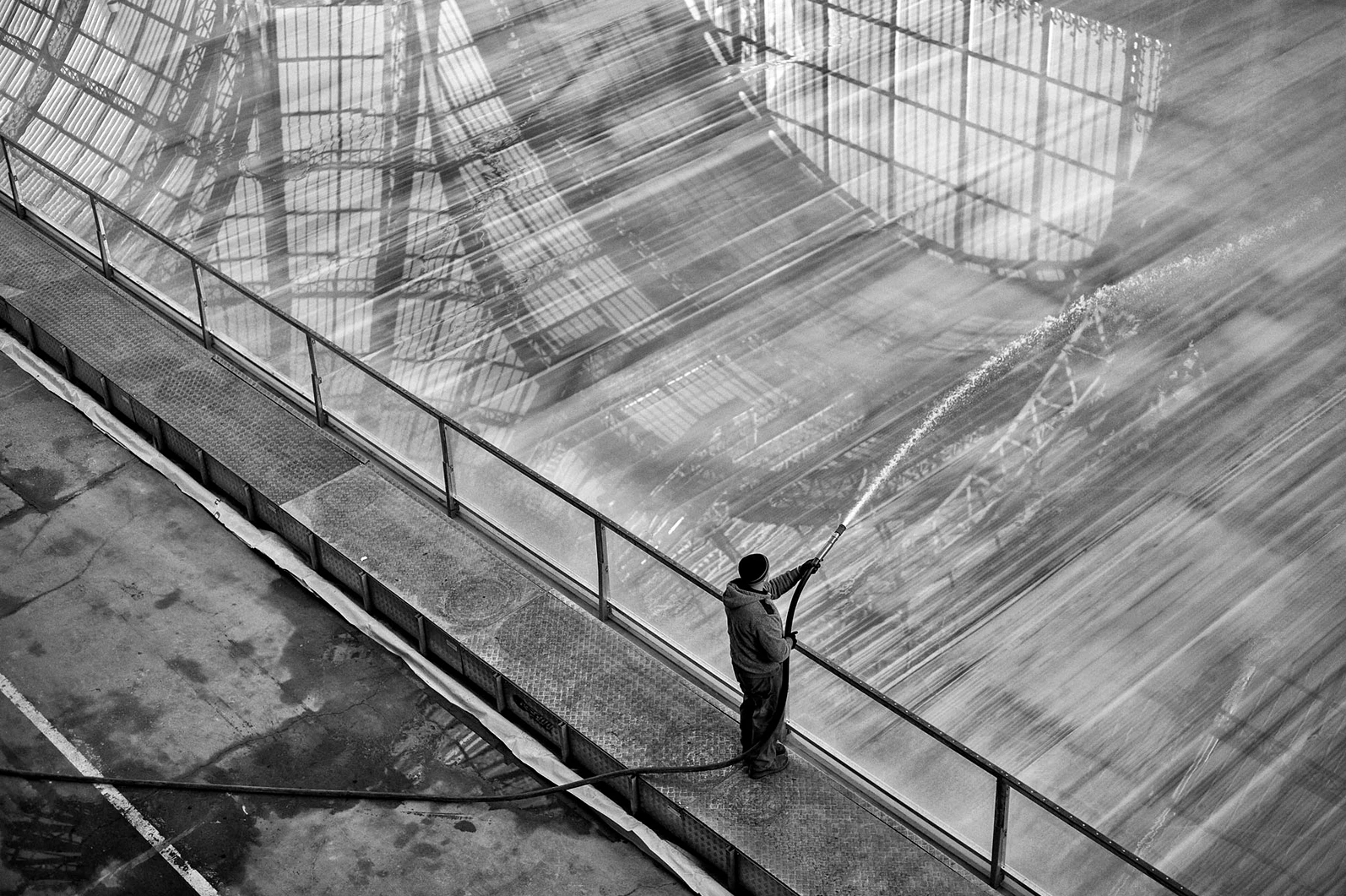 The book <em>Macadam Paname</em> signed, your name at the end of the book and 5 original postcards in format 15 cm x 21 cm on paper Invercote Creato Digital FSC of 260 g. Free shipping in North America 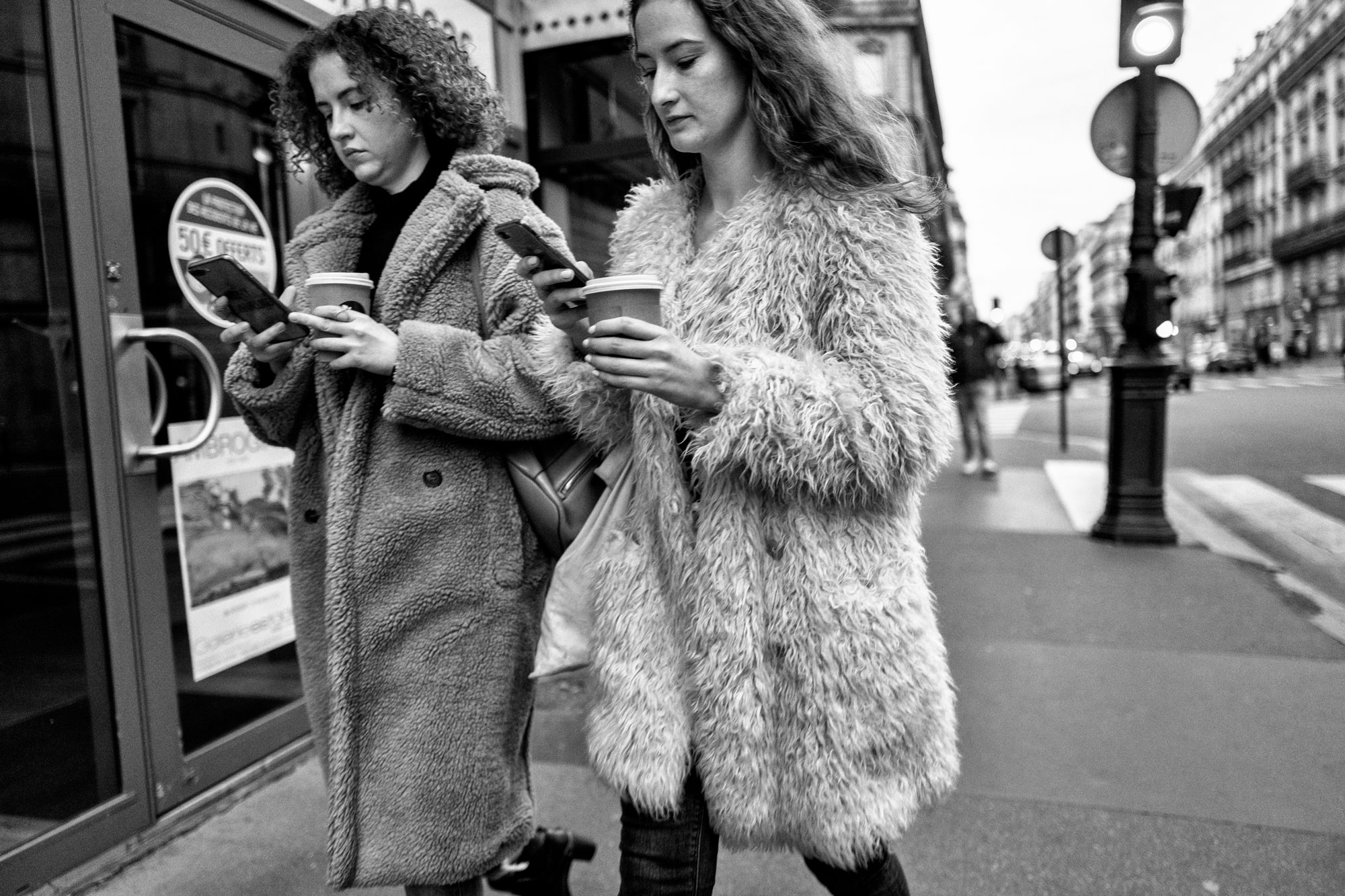 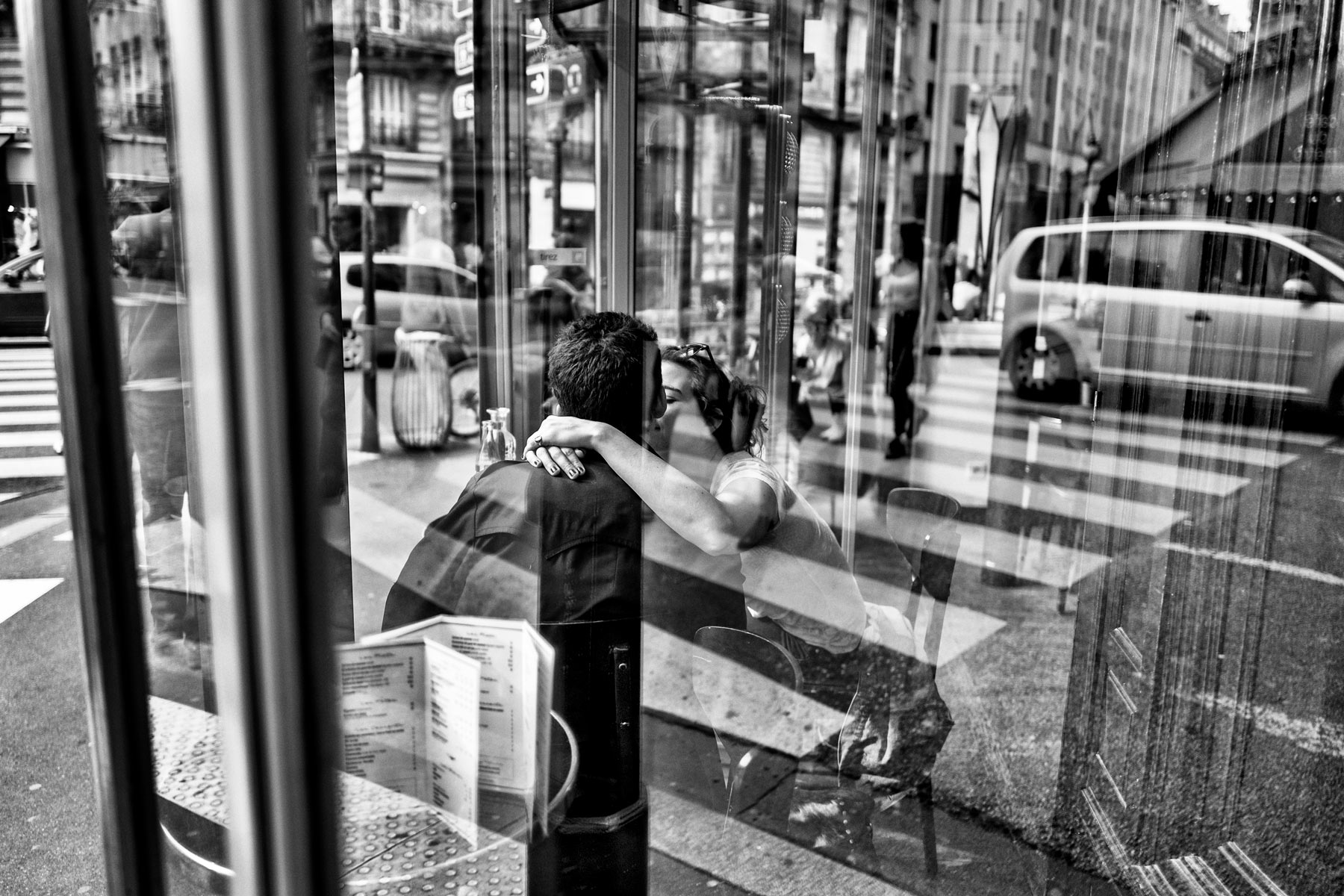 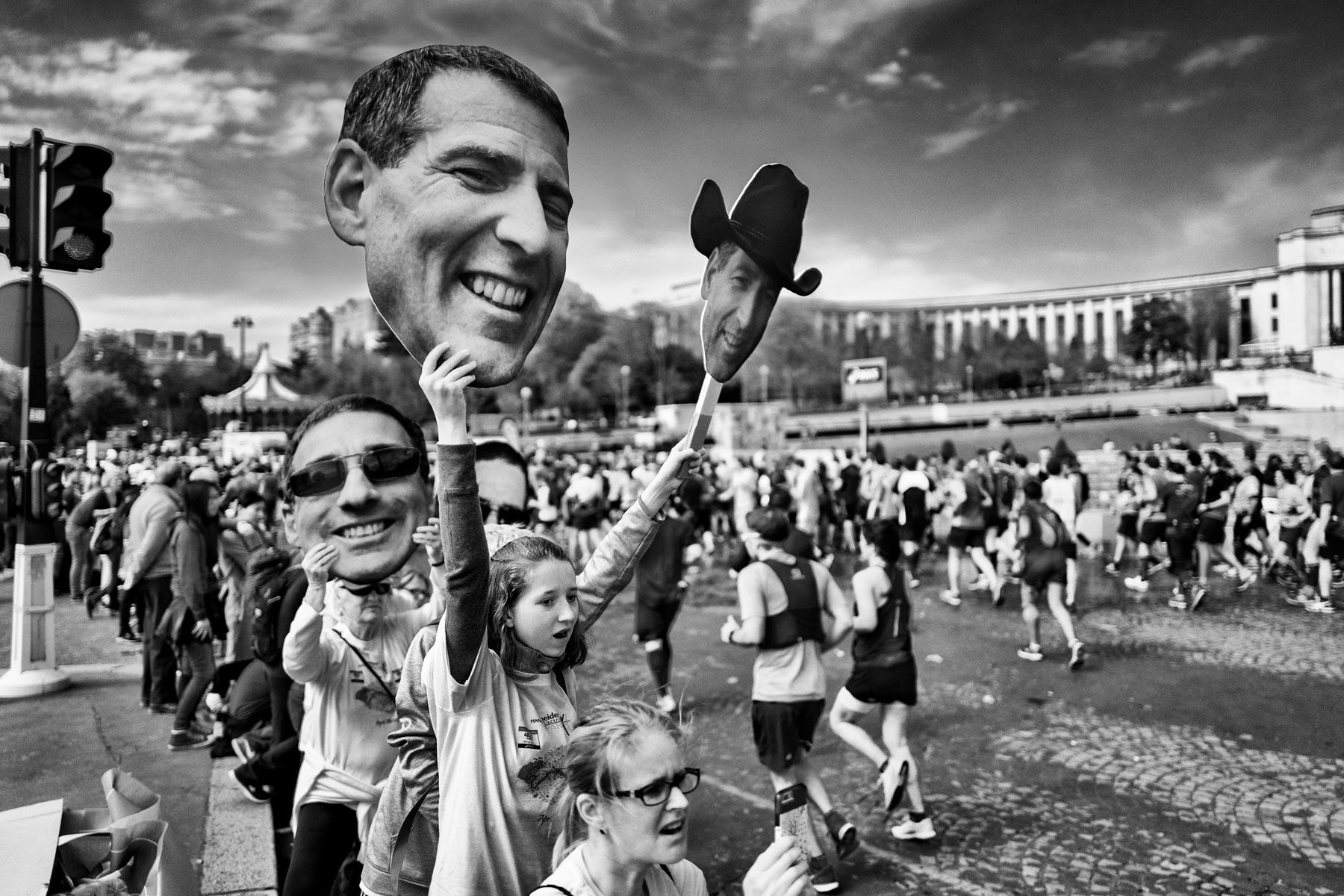 Two copies of the book Macadam Paname signed by the author, accompanied by 5 postcards, and an original print on fine art baryta paper, format 70x110 cm. Single edition, 10 copies printed and signed by the author. Delivery is free for shipments North America.

Be the first to review “Macadam Paname” Cancel reply