After dedicating his last book to pay homage to the Lion, Laurent Baheux invites us to journey through nearly 20 years of unforgettable encounters with the emblematic animal from Africa, the Elephant. He proposes in this book a sharp selection of his best photographs.

This book will be available in English, French & German. 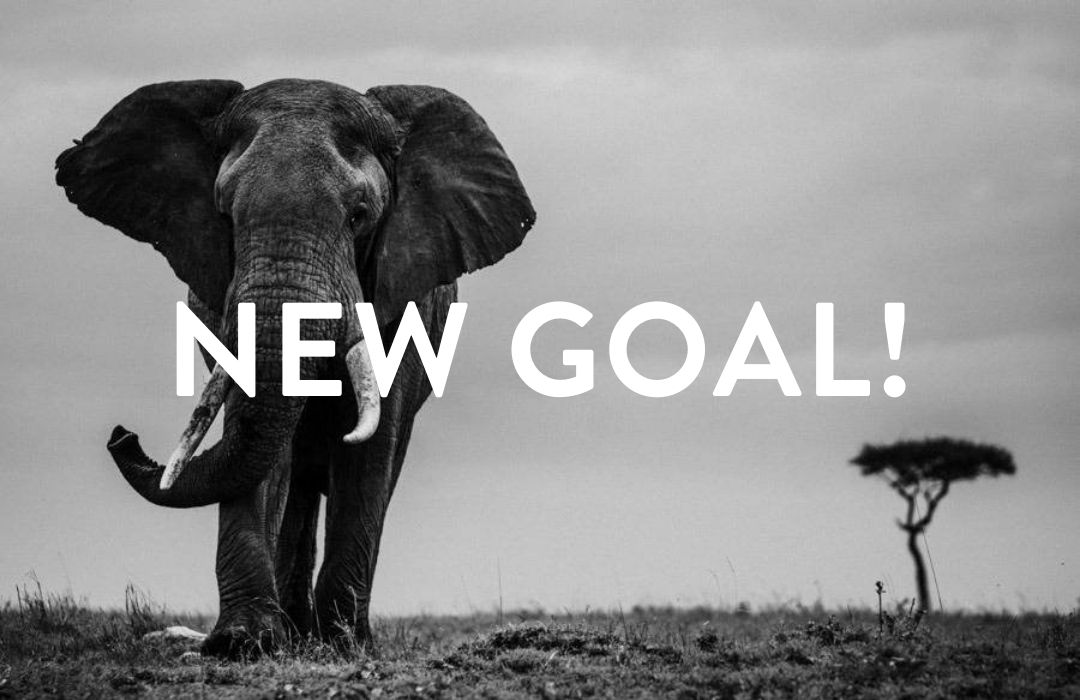 You supported us in the launch project of my book : ELEPHANT. Thanks for your help, this beautiful book will see the light of day !
Without your staunch support, none of this could have been possible.
So a big thank, to each of you.

Crowdfunding still has 2 weeks ahead of it, and due to this first collective success, we are considering a second more ambitious stage for the book : its edition in English, eventually in German, to be distributed in several European countries and to the United States.

We have set ourselves a new target of an additional € 12,000 and this seems achievable to us.
This amount will allow us to finance translations and a higher circulation and therefore the possibility of more visibility.

I will continue to post information about the book,

The book: tribute and plea for the survival of the African elephant

In Kenya, Namibia, South Africa, Botswana and Tanzania, he crossed paths with these mammals that so majestically embody the wild world, its beauty and its mysteries. This book offers an incomparable spectacle, that of an intimate face-to-face with the animal, here treated as a subject in its own right, on an equal footing with man. It encourages us to take the time to contemplate it, to better question our relationship to the wild world and our place in it.
If the photographer has long since chosen black and white, it is to better play with the incomparable light of Africa, its singular purity that gives the feeling of being in direct contact with the material, without filter. 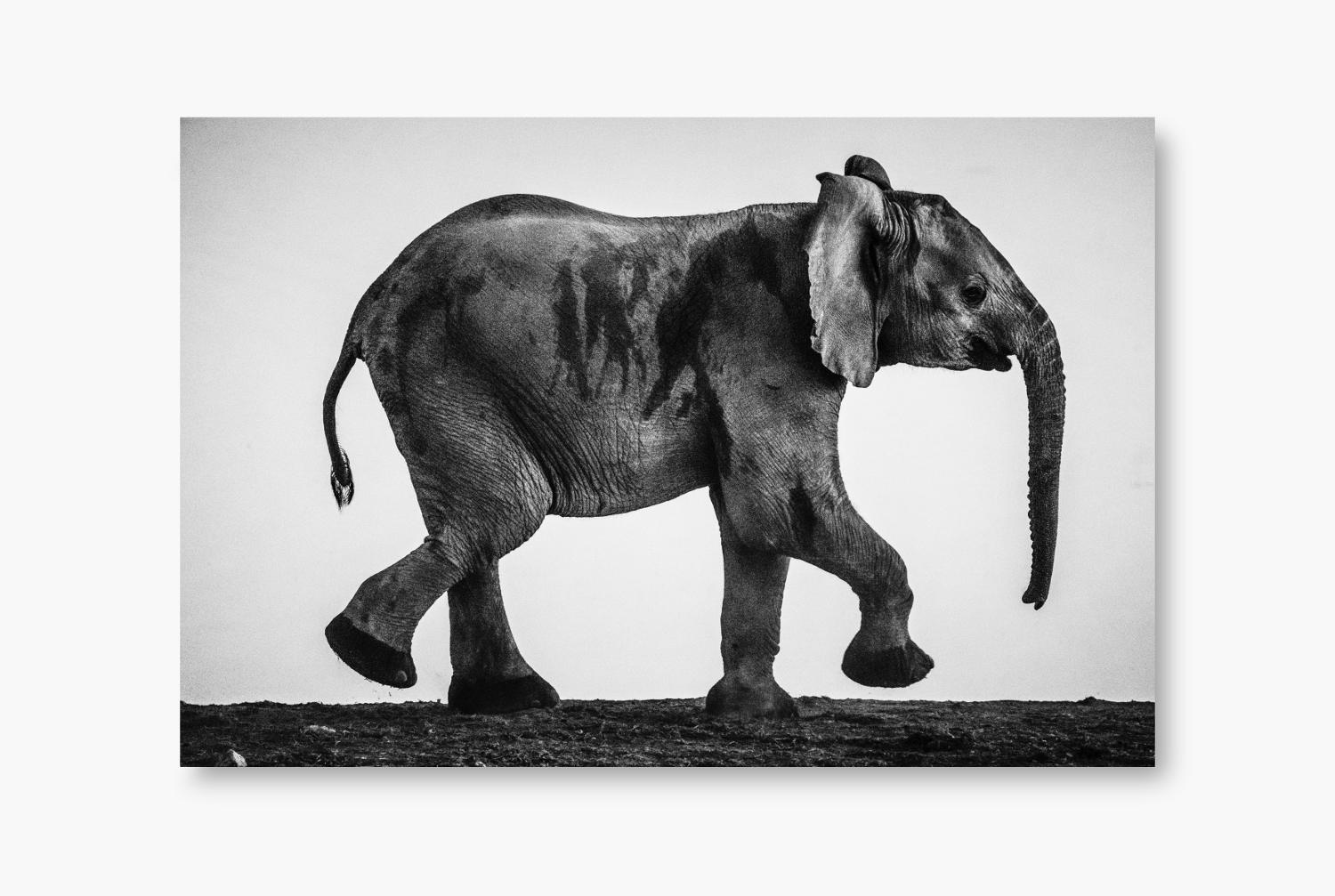 Laurent Baheux’s approach is not that of a naturalist or ethology-loving photographer, he does not seek to describe behavior or to unravel the mystery of a sensitive area of the animal that has remained unknown until now. What he finds with African elephants is the feeling of a rediscovered plenitude, of wonder at the world, of a rebirth, of a reconnection with the living. Far from the crowds and the urban world, it is in the heart of African national parks that he experiences the deep meaning of life, and that he offers himself the luxury of slowness, essential when he is about letting the animal approach.

The elephant obliges man to humility. We are nothing compared to his power and his intelligence. It is he who decides on the meeting, or, on the contrary, who imposes his distance.
We are only “tolerated guests”, as Laurent Baheux reminds us.
The elephant is not a predator and it is the man who threatens its existence today, competing with it for the control of a territory which is shrinking more and more every day. The pressure of human activities, the demographic growth are the dangers which endanger its survival. 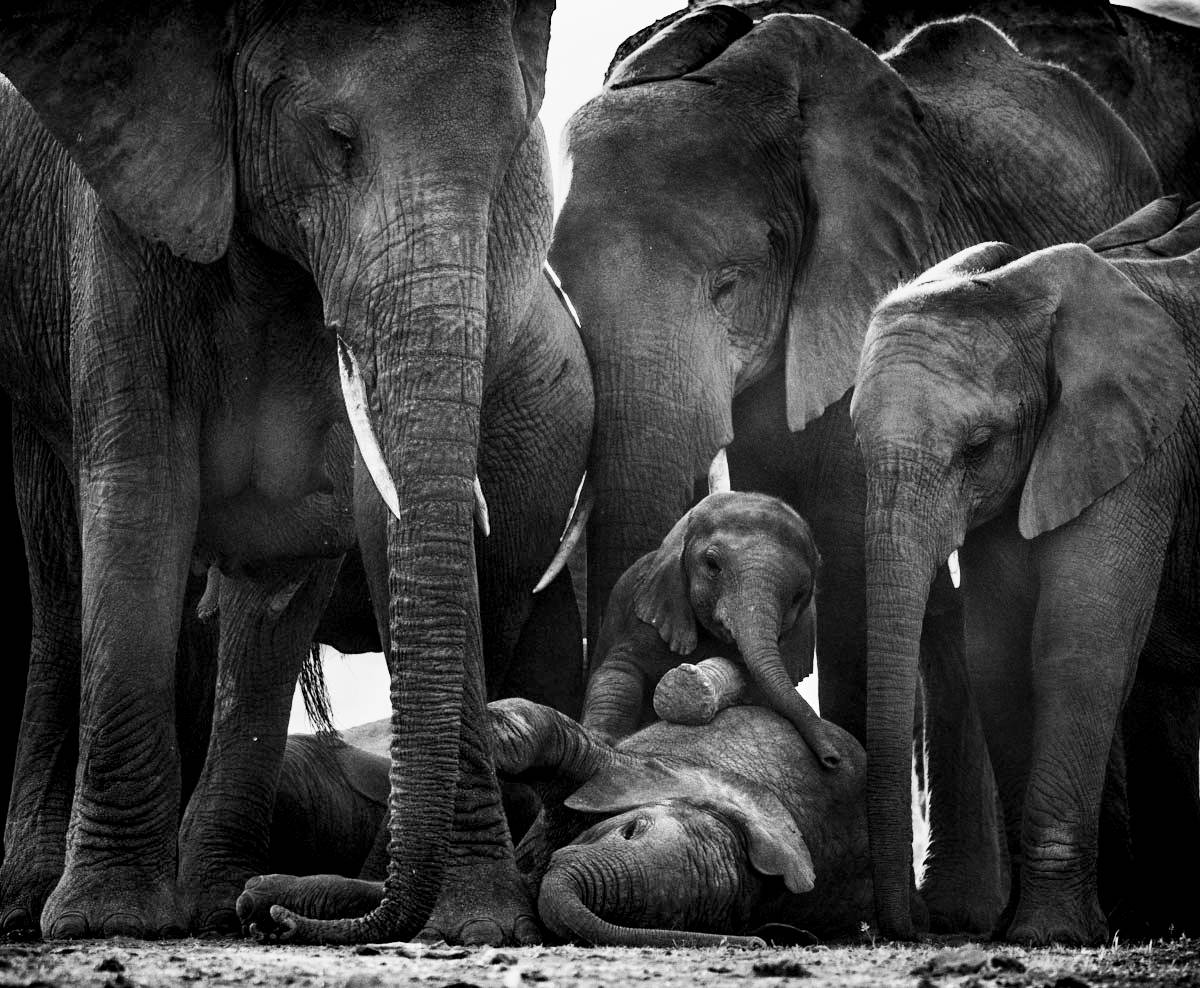 As an extension of his militant commitment and his anti-speciesist discourse which seeks to break down the psychological barriers linked to the categorization of animals – wild, farmed, domesticated – according to their degree of utility or their “nuisance” power, Laurent Baheux provides new proof of the need to save elephants and protect their environment, not just because they populate our collective subconscious, from illustrated children’s books to the travel stories of early explorers, but because they are closely linked to the balance of our planet and that they refer us, like mirrors, to our own finitude, ineluctable, we who resemble them so much, so strong and so fragile at the same time. 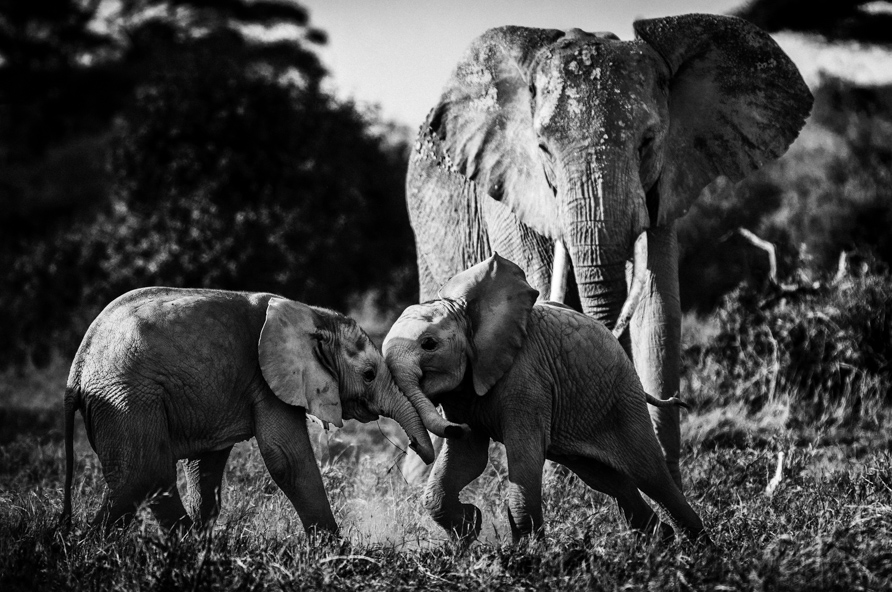 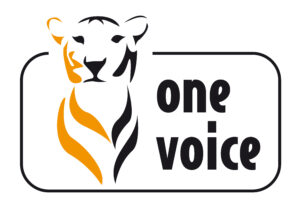 10% of the profits will be donated to One Voice’s Circus Elephants program to support the release of pachyderms currently held for entertainment purposes.

Alexandre Jardin will sign the preface of the book. Writer, since his first novel “Bille en tête”, he has brought together several generations of readers. Founder in 2015 of the citizen movement Bleu Blanc Zèbre, he is also a committed man. His words are deployed in texts that call for action.
To revolt, “to disobey together the stupidity of the world”, the force of the injunctions is in accordance to the battles to be waged. Defender of reading for all with his association “Lire et faire lire”, author of numerous children’s books, he knows to what extent words and images are there to tell the real and, also, to sublimate it when the imagination is useful the quest for truth. The Zebra has turned into an Elephant!

With Les Racines du ciel, published in 1956 and Goncourt Prize, Romain Gary delivered one of the first ecological novels of the 20th century, “the first call for help from our threatened biosphere”. Echoing this story of a Frenchman who is committed to the defense of elephants in French Equatorial Africa, the writer’s environmental sensitivity is also expressed in his Letter to the Elephant published in 1968 which will be fully reproduced in the book.

For nearly 20 years, Laurent Baheux has observed the upheavals of the wild world through his lens. A vocation which came to him “in reaction to the madness of men”. Born in 1970, in Poitiers, he made his debut as an autodidact in the early 1990s, during the time of film, as a photographer in the regional sports press. To find a place in the profession, he moved to Paris, where he worked for major photo agencies and media specializing in international sports news. 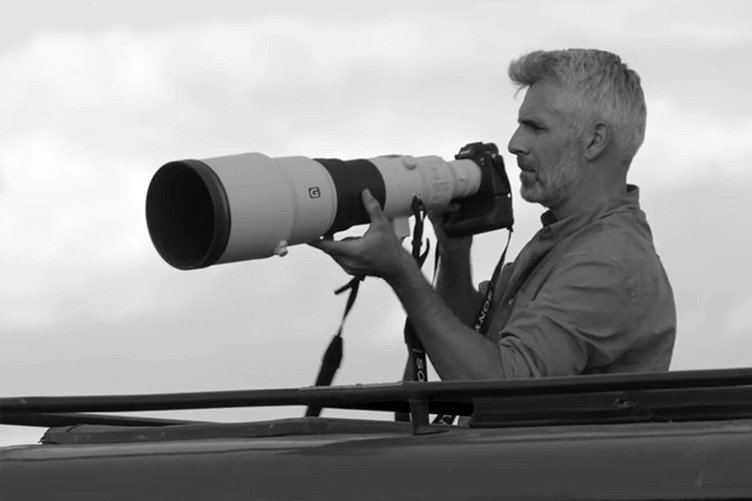 In 2002, tired of city life and bored of the hectic pace of the sporting events calendar, he turned to Africa and the wildlife of large land mammals. In 2007, after 5 years of shooting in the savannah, he began to show his snapshots of wildlife captured on the spot, instinctively, at random from his encounters with animals. In 2009, he published his first work based on his African work: «Terre des Lions» then in 2011 «D’ivoire & d ́ébène». In 2013, he became a goodwill ambassador for the United Nations Environment Program and participated in the Wild & Precious anti-poaching campaign. Since then, he has campaigned for the respect of living things and natural habitats, against captivity and animal exploitation and actively supports several organizations for the protection of animals and wild lands.
Praised for their aesthetic strength and authenticity, Laurent’s photos are the subject of books, publications, exhibitions, conferences and are shown in galleries in France and abroad.
Since 2018, Laurent has been working with Sony Alpha cameras and Sony G Master lenses, and he has accepted to be one of the brand’s ambassadors.

These pictures are available to choose with rewards as a print or as postal cards. 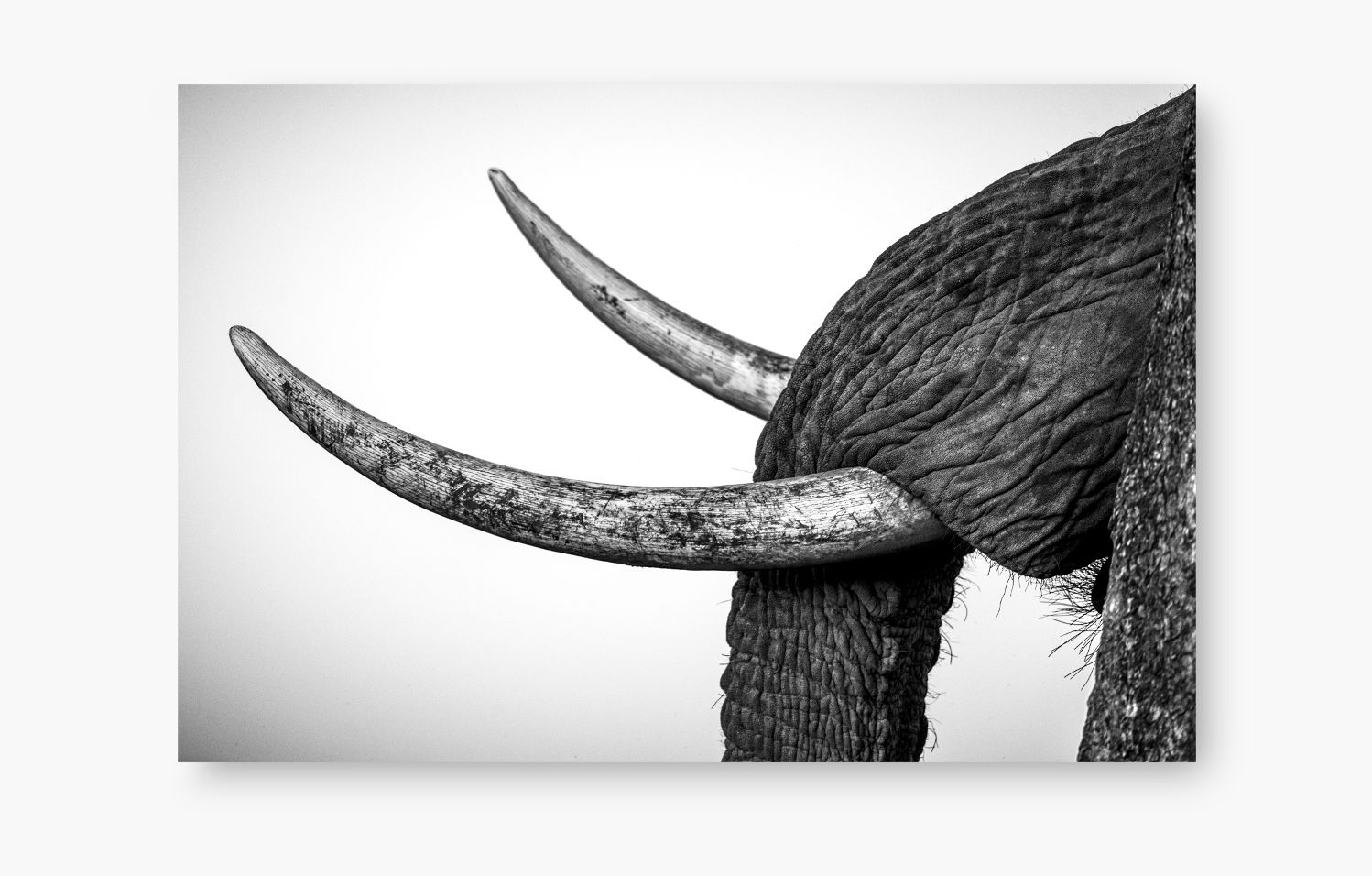 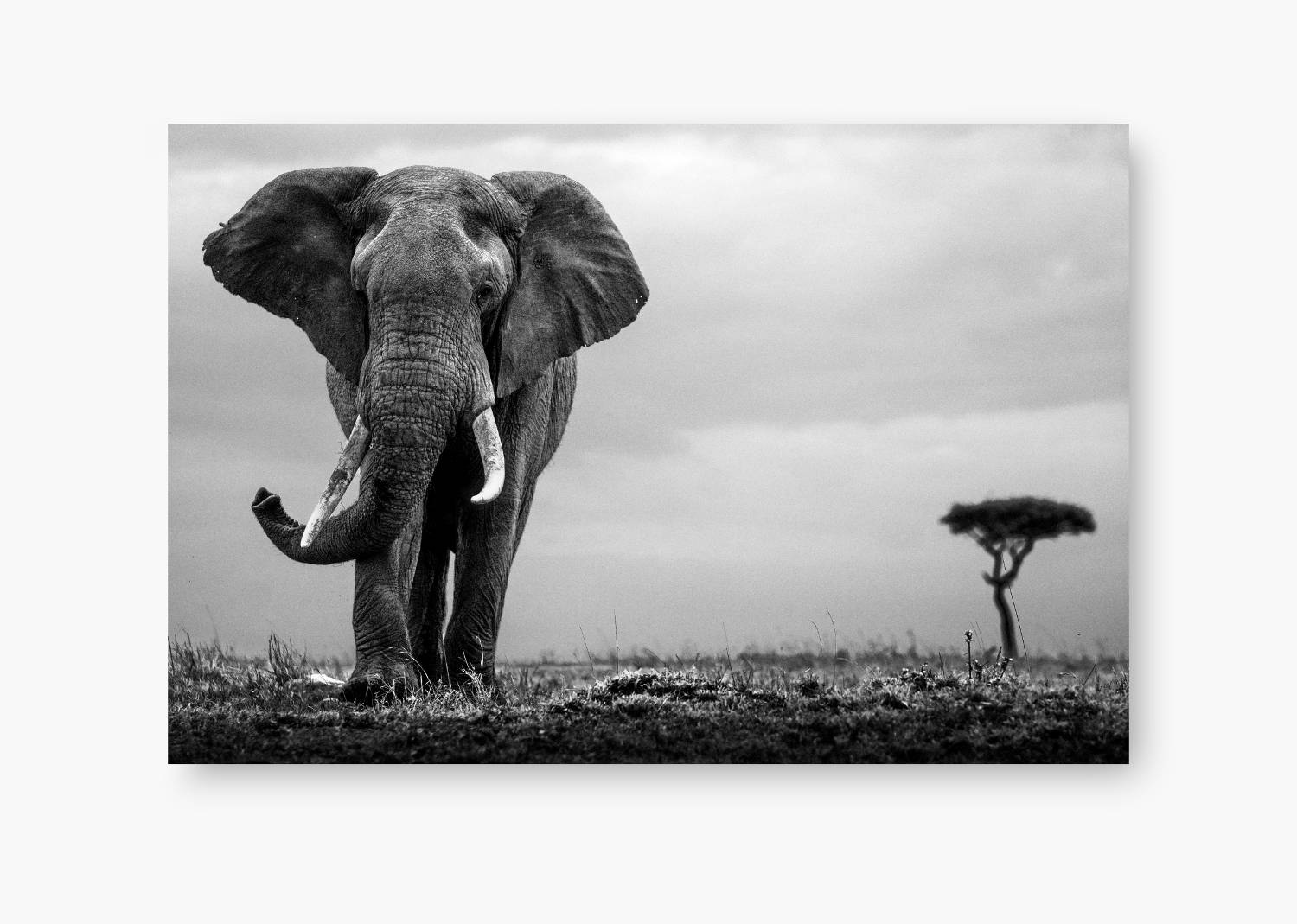 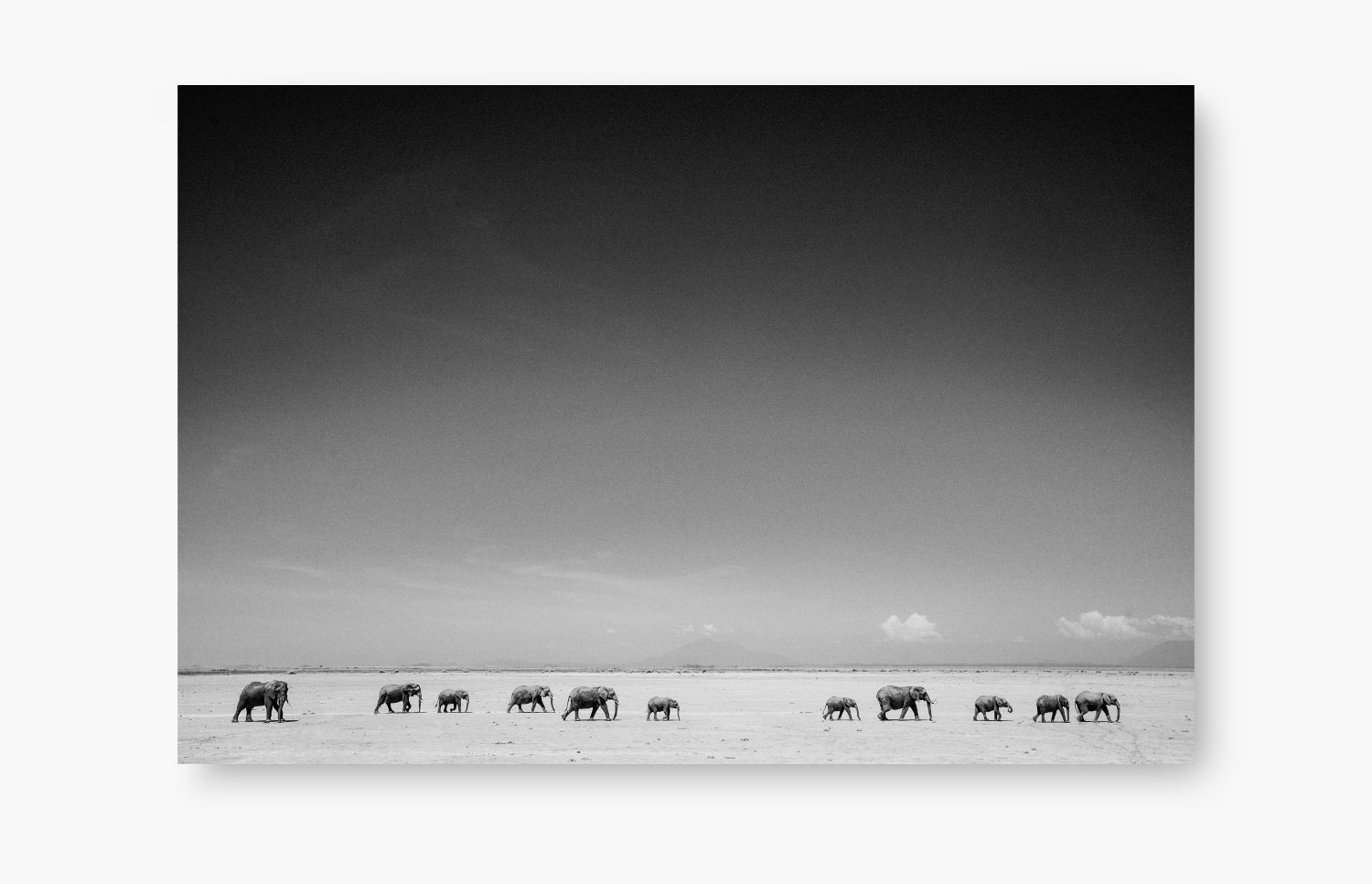 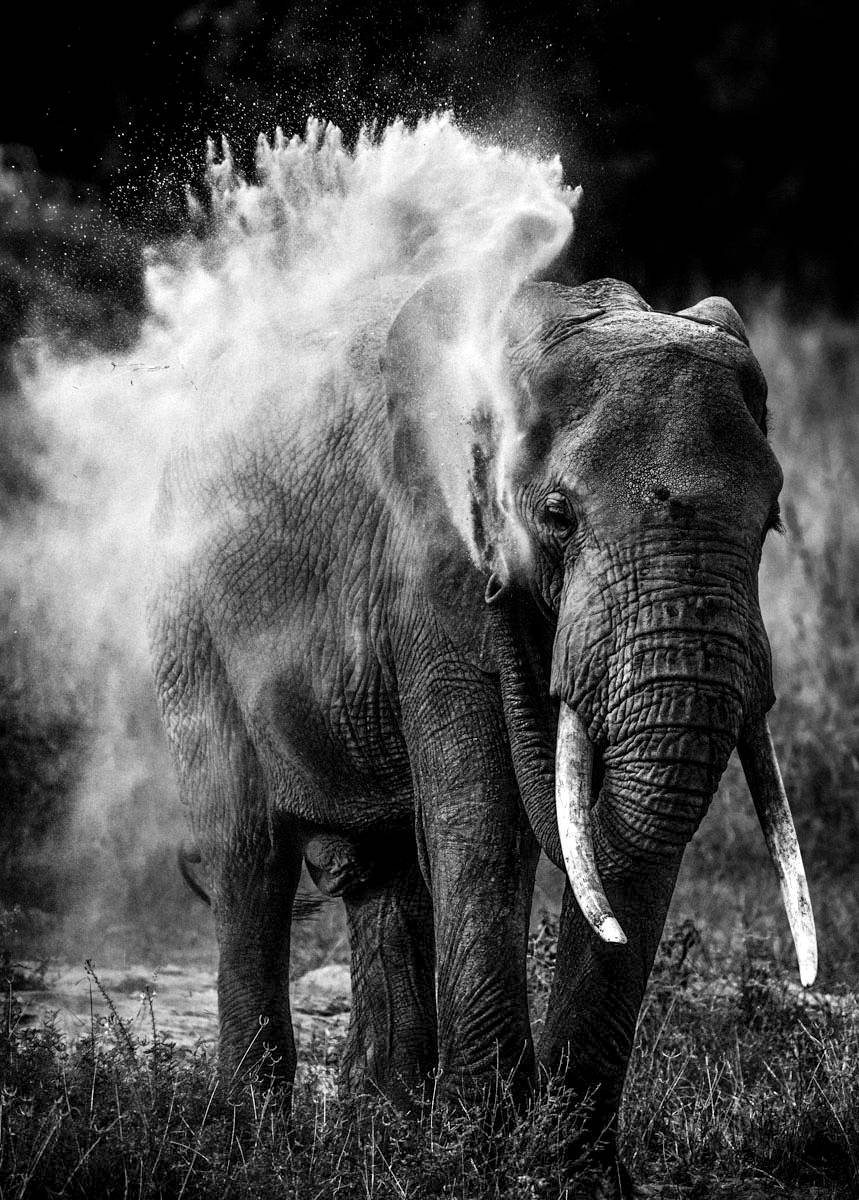 Image E. Exclusively available as a print with the 750€ reward. 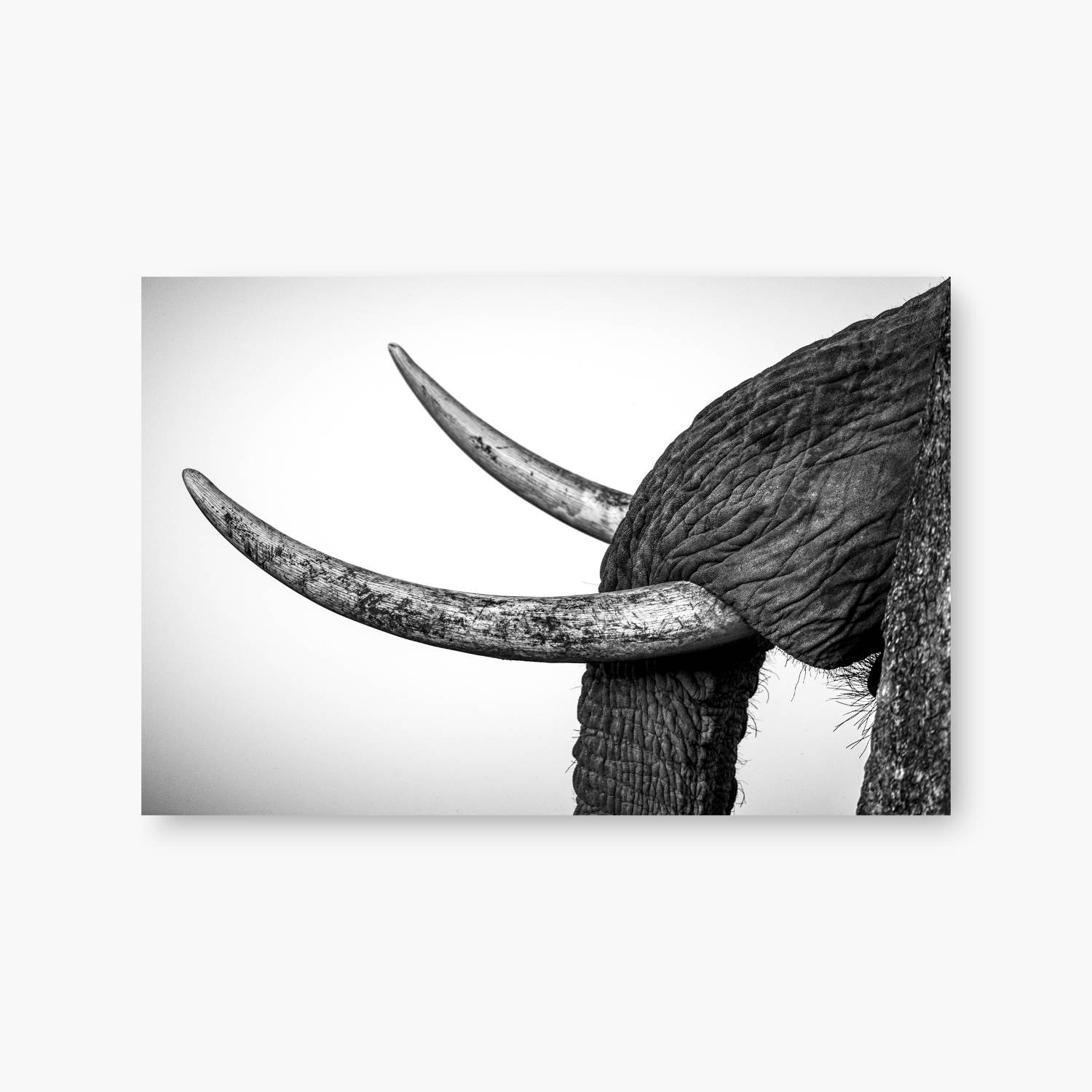 Thank you for your help, your name will appear in the book! You will receive a beautiful 13 x 18 cm photo in an envelope. 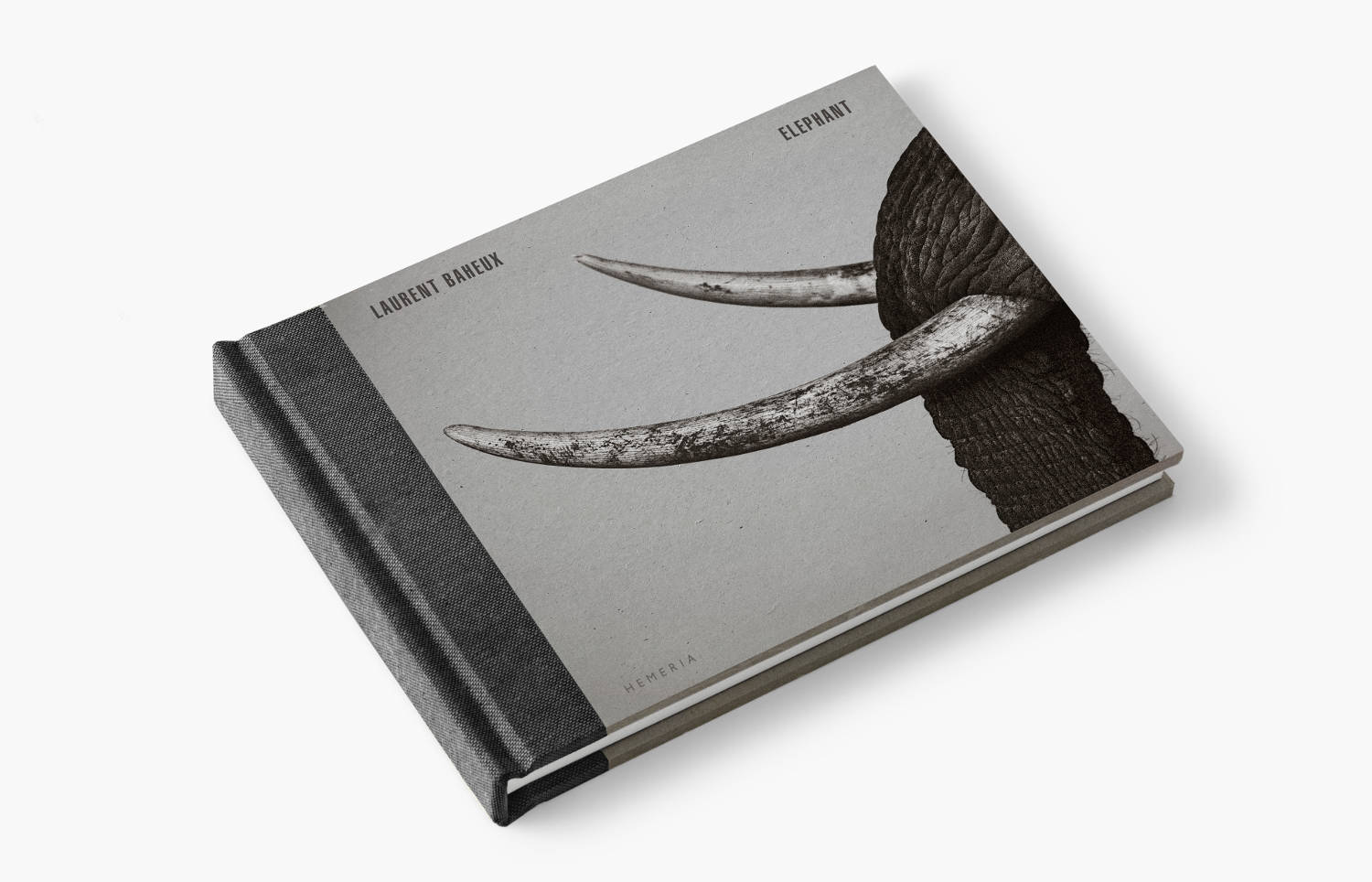 You will receive the Elephant book at home (59 € public price as soon as it is released)
+ 1 postcard size 13 x 18 cm and your name in the book. 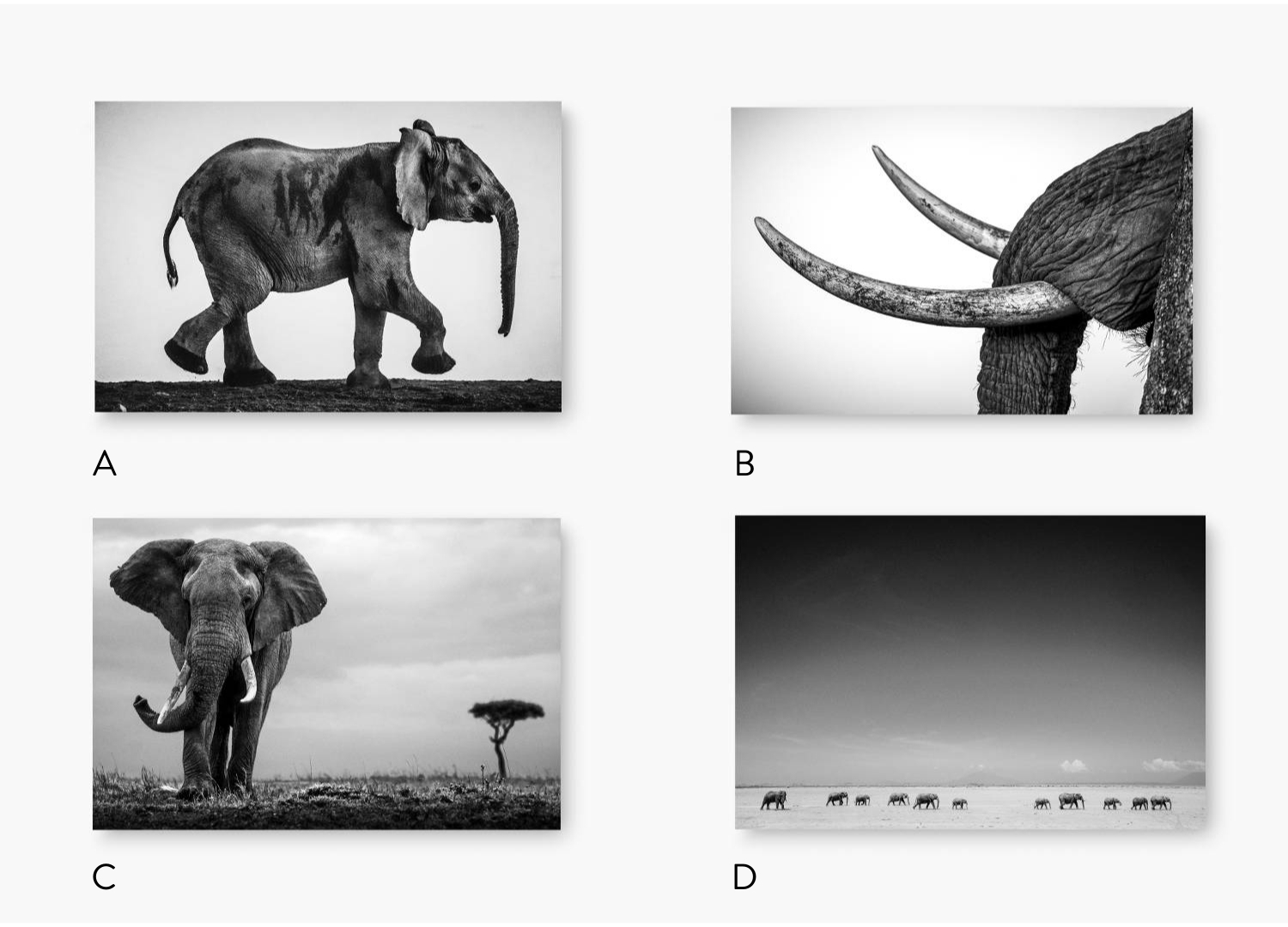 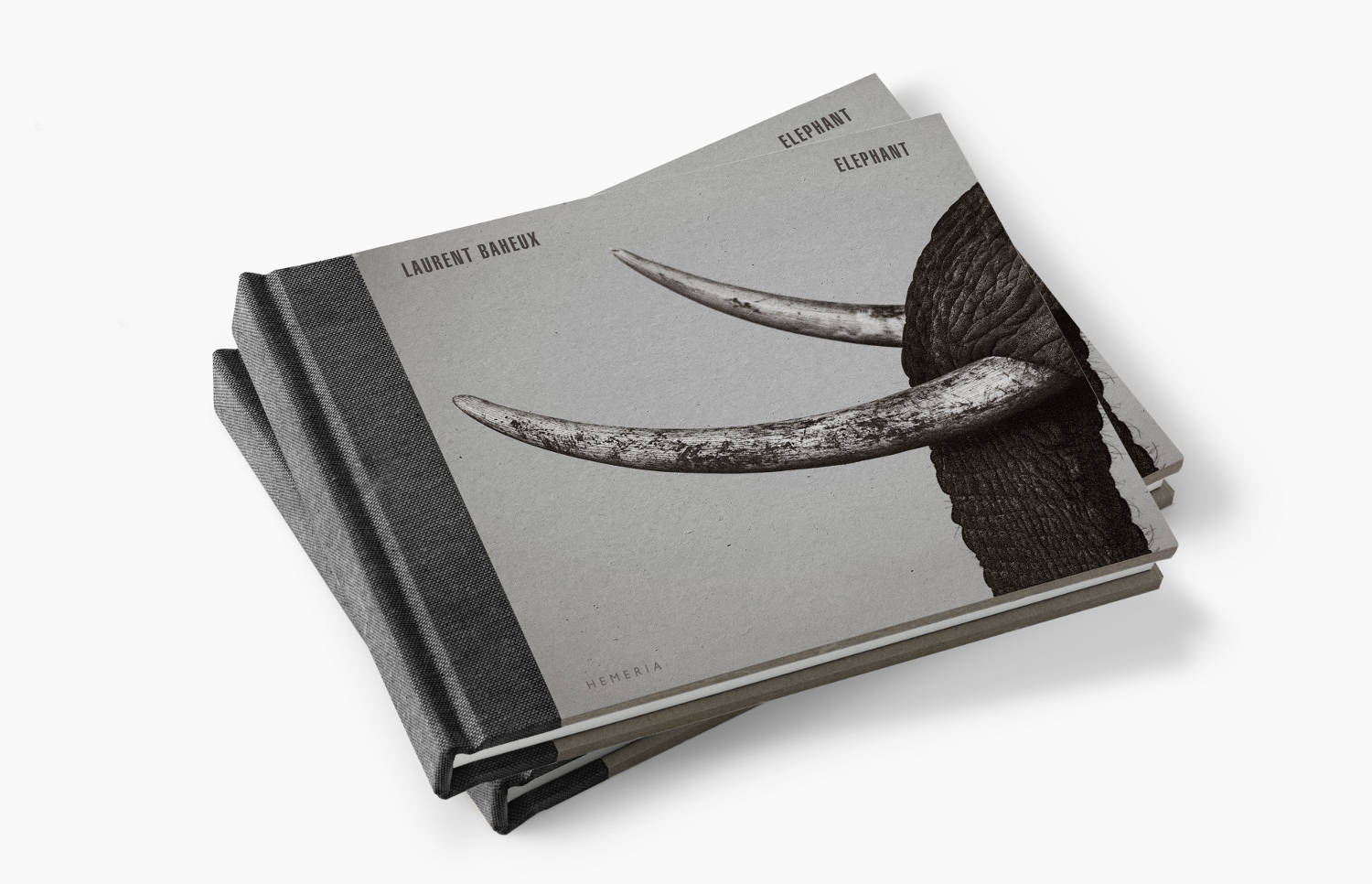 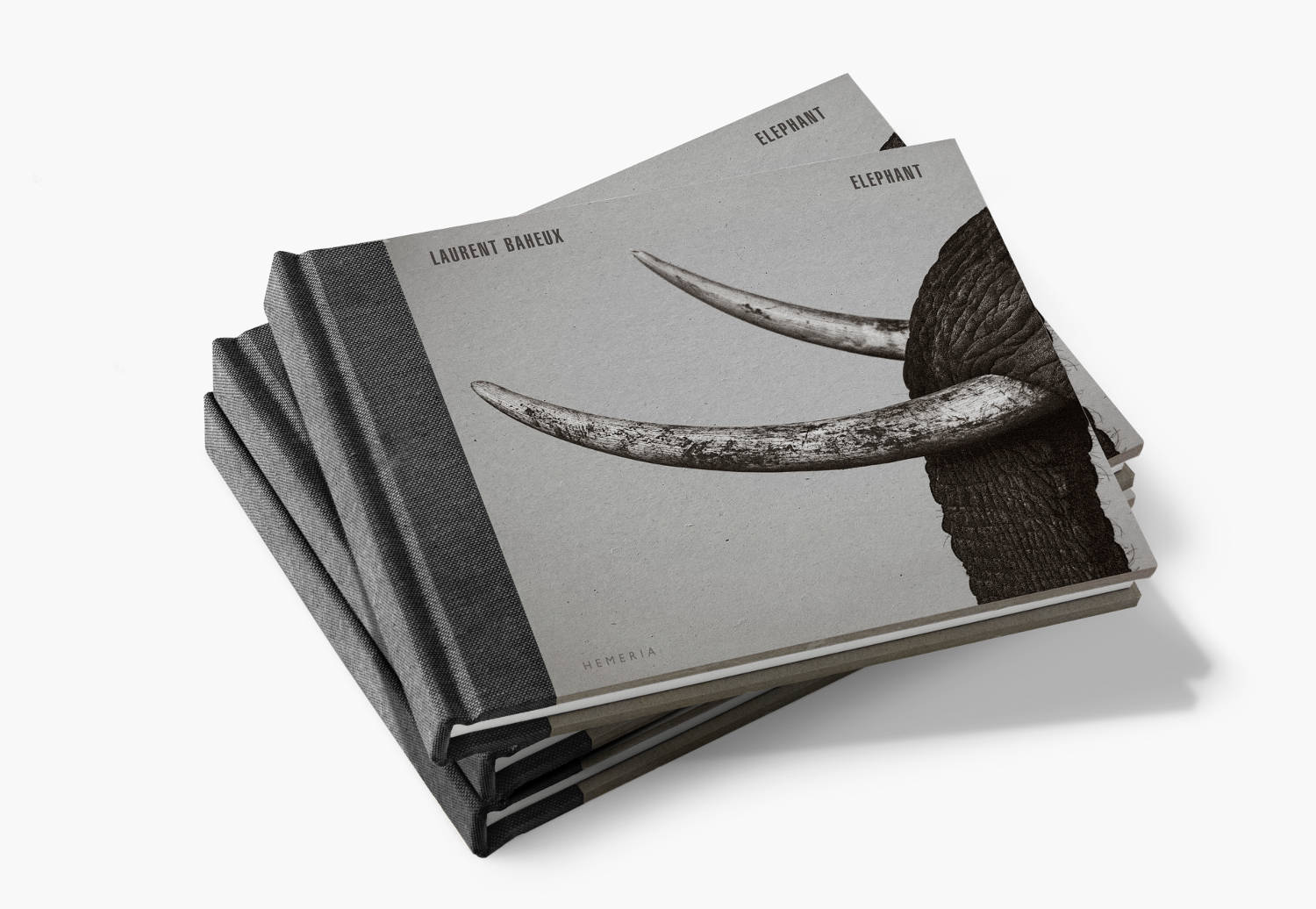 You will receive three Elephant books at home (commercial value 177 €)
+ 3 postcards size 13 x 18 cm and your name in the book. 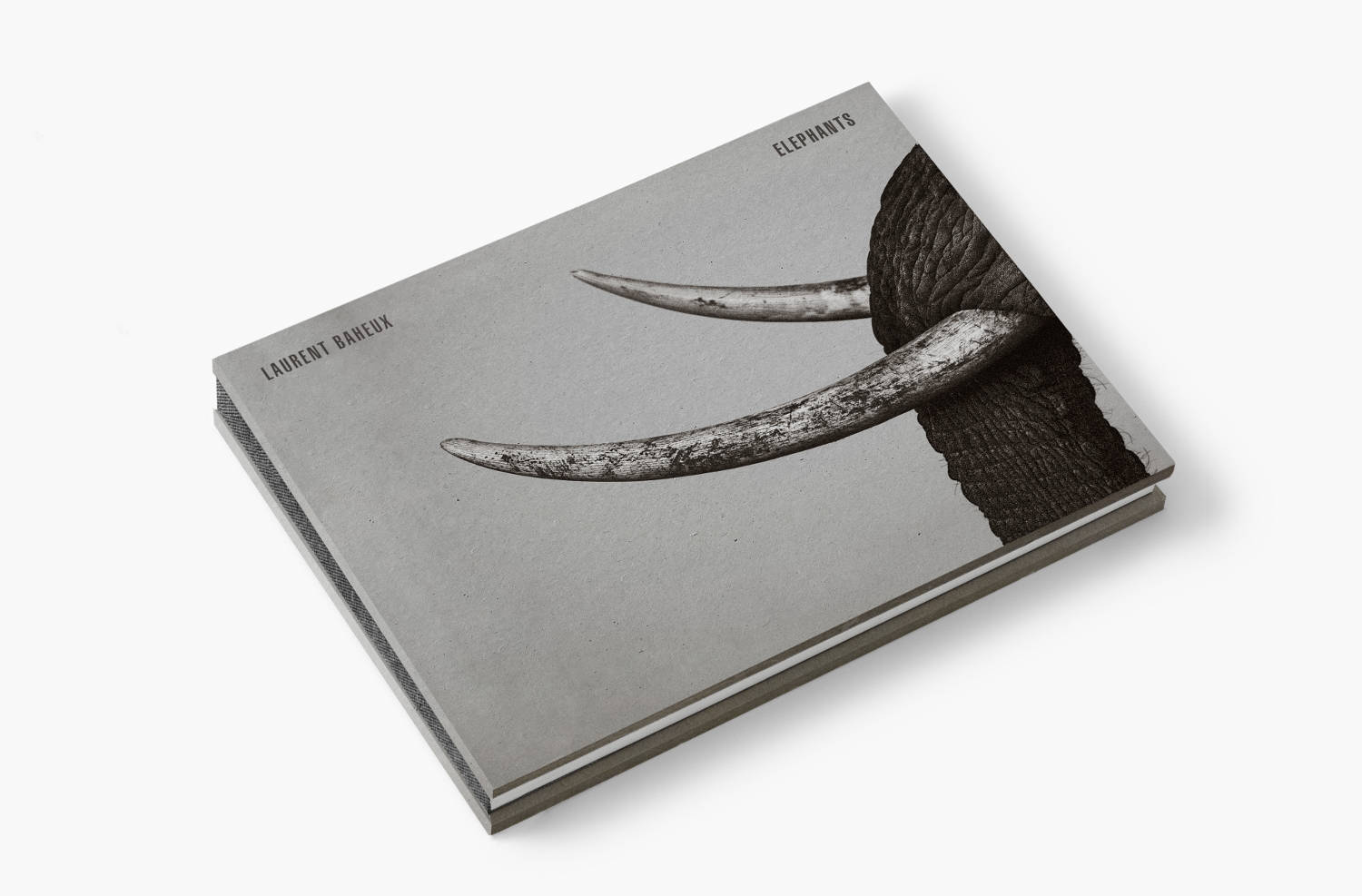 You will receive a copy of first print (special binding) of the Elephant book numbered from n ° 31 to 75 and signed
+ 1 inkjet print (Hahnemülhe Baryta paper, unsigned, unnumbered) in the format 24 x 30 cm of one of the 2 images taken from the book (Image C or D)
+ 1 signed postcard size 13 x 18 cm (Image A, B, C or D) and your name in the book. 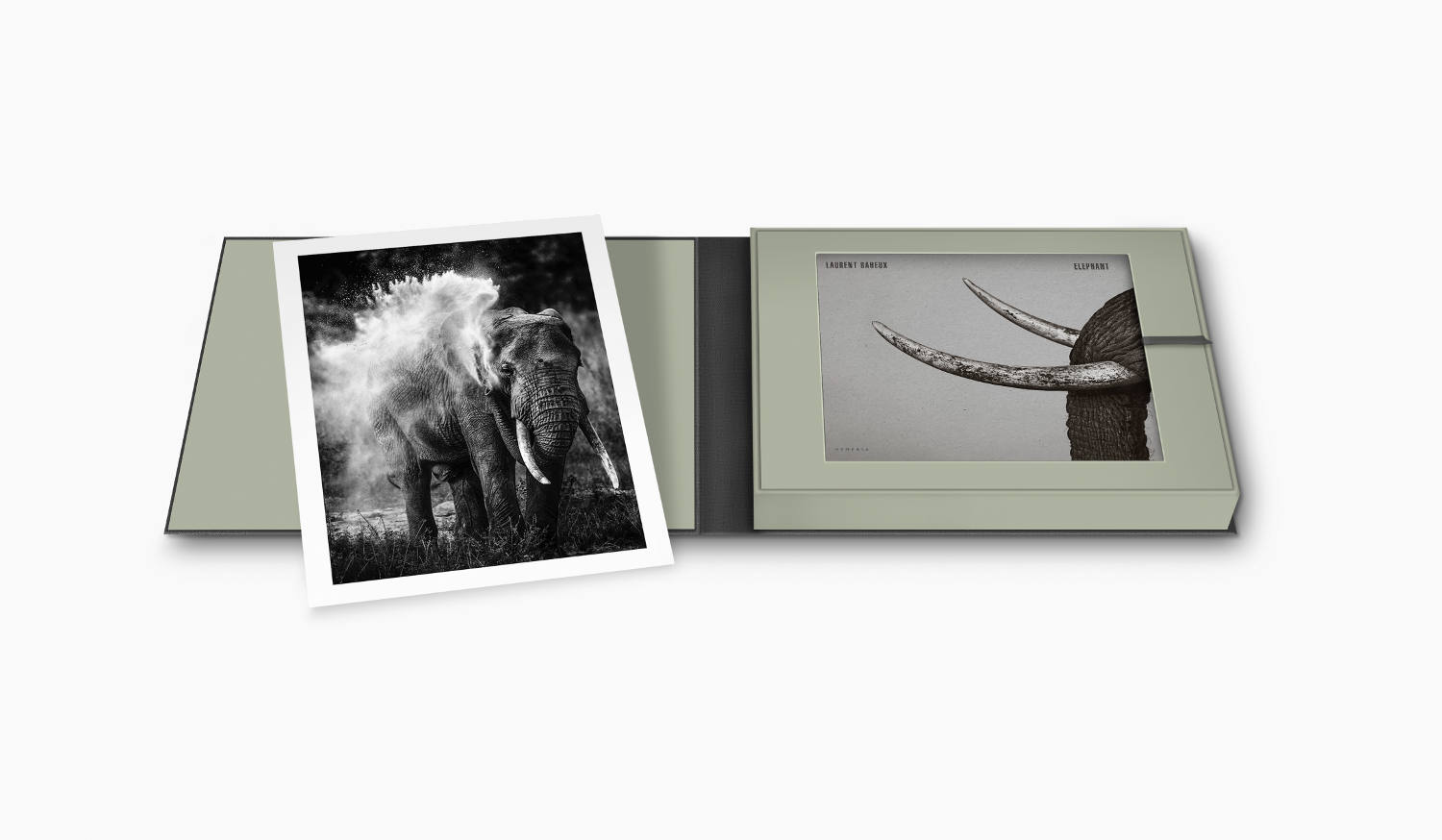 You will receive a copy of first print edition (special binding) of the Elephant book numbered from n ° 1 to 30 and signed, in a printed canvas box.
+ 1 inkjet print printed on Hahnemülhe Baryta paper in 30 x 40 cm format of one of the three images taken from the book (image C, D or E), in a crystal sleeve and your name in the book.

The Elephant book (in its classic version)
+ 1 Inkjet print printed on Hahnemülhe Baryta 80x100 paper (value € 1,200) numbered and signed, of the cover or one of the four photos offered (Image A, B, C or D). Your name in the book.

The Elephant book (in its classic version)
+ 1 inkjet print printed on Hahnemülhe Baryta 100 x 150 cm paper (value € 1,700) of the numbered and signed cover visual or one of the four photos offered (Image A, B, C or D). Your name in the book. 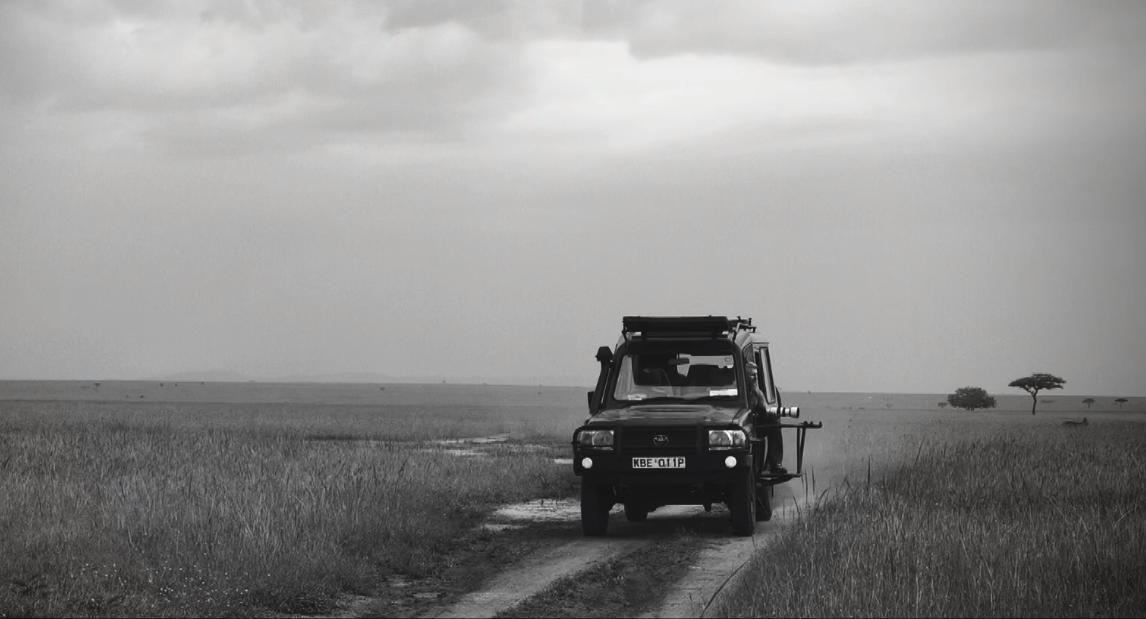 A private “special elephant” photo-safari for one week in Kenya, practice of photography in 2 groups of 4 participants each, accompanied by Laurent Baheux, date to be confirmed depending on the evolution of the health crisis (this reward doesn't include the price of plane tickets, they remain at your expense.) Price include accommodation and meals, as well as entrance fees to the Park.
+ A large 60 x 80 cm print of a photo taken during this Safari
+ A copy of the Elephant book signed by Laurent Baheux
Your name in the book