Emanuele Scorcelletti’s deep connection with the Marche region, in Italy, is the starting point of an artistic project he has been carrying out for several years and which he has entitled Elegia Fantastica. This introspective journey to places of the past is carried by an aesthetic approach that takes us from the real of yesterday (Memories) to the invisible of today (Visions). In doing so, he transforms an intimate emotional experience with the places of his childhood and his inner landscapes into a reflection on collective memory and transmission. This book is the setting, before the major exhibition which will take place at the Palazzo Pianetti in Jesi, Italy from April 30, and whose scenography will echo that of the book.

Elegia Fantastica : The Marches between memory and vision

“When I picture my region, I simply look, I don’t think: I let my heart direct me and life unfold. This country awakens in me a deep emotion. There, time stops. I become a child again, everything amazes me. This is timeless Italy.”

Emanuele Scorcelletti’s book thus presents a deep and meticulous photographic journey in black and white that touches on one of the most current reflections of contemporary man on the importance of places as fundamental elements to define his personal approach. of existence. The Marches are therefore the protagonists of research on the notion of place, studied in the relationships it establishes with the individuals who live there, who have lived there or who have forged strong ties with it. 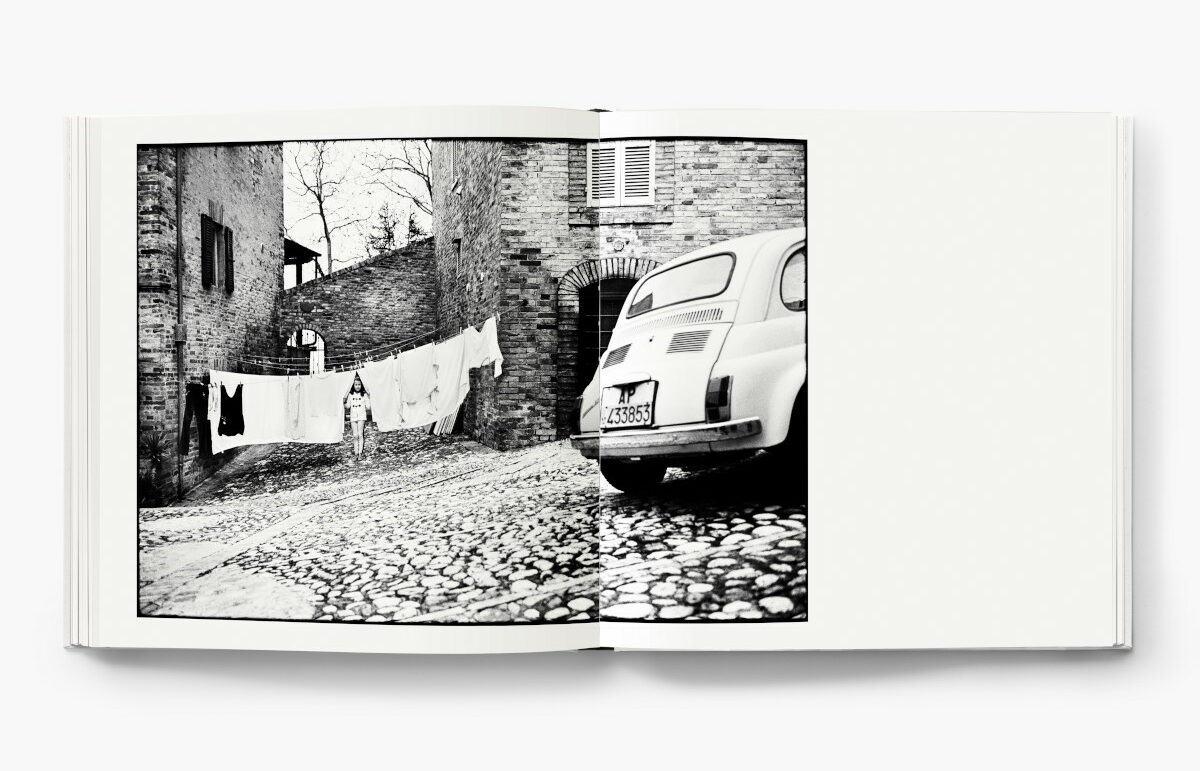 As the title of the project suggests, the book is offered as a poetic composition which, as in the most refined elegies, is divided into two parts: that of memory and that of vision, the first melancholy and evocative, the second fiery and exalted. Classic images with balanced geometries characterize the first section of the book, while the shots in the second section are loaded with expressionistic and vibrant tones. 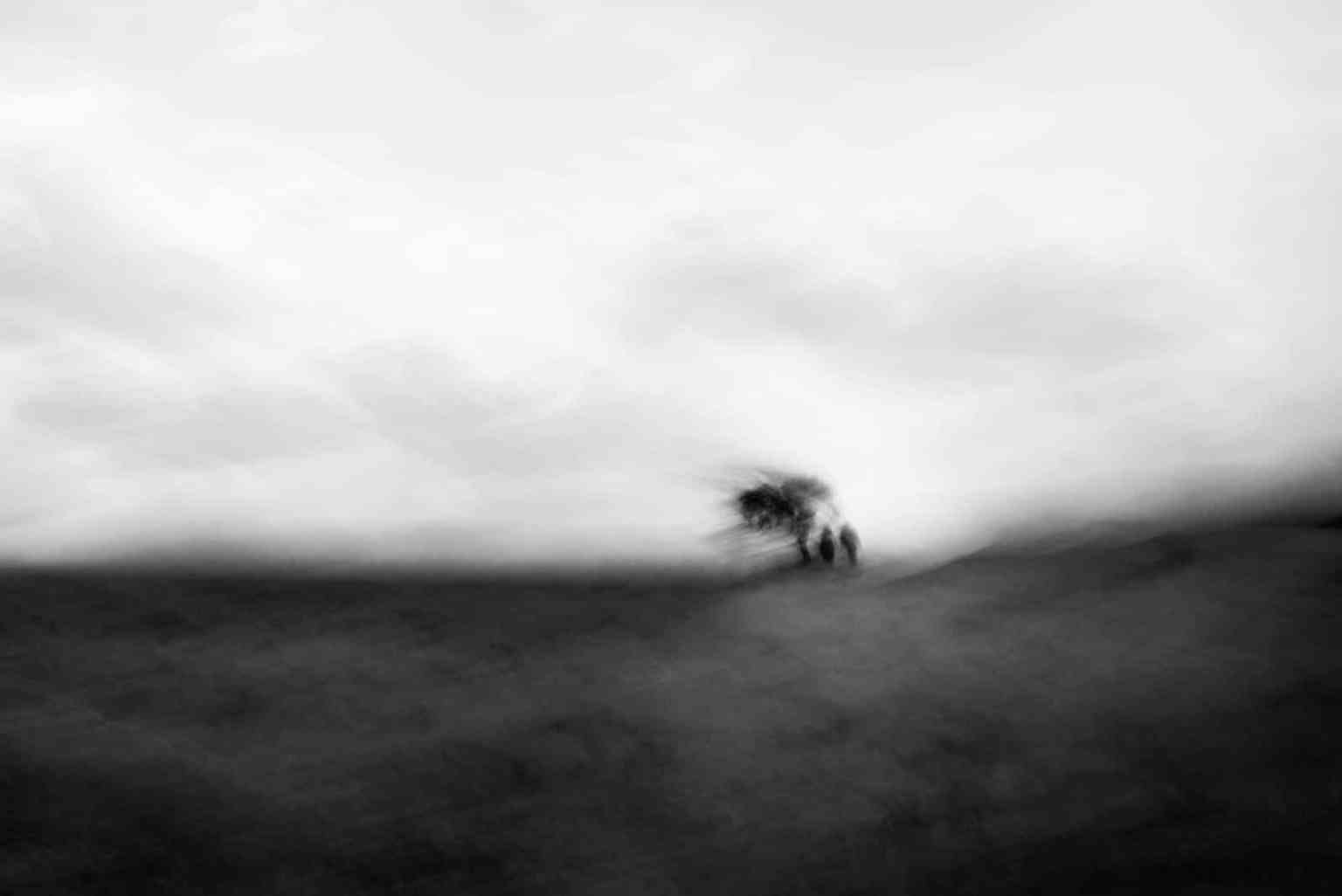 Born of an Italian mother from Friuli and a father born in Jesi, in the Marches, Emanuele Scorcelletti returns with this project to the lands and roots of his paternal family for a tribute carried by great emotion. This emotion is the one that has attached him since his childhood to the passion for the image, first the cinema of Fellini, which his mother venerated, then the photography, that of Mario Giacomelli that he met in Senigallia, Henri Cartier-Bresson and Jacques-Henri Lartigue, his masters.

Member of the Gamma agency from 1989 to 2009, internationally recognized for his photos of film and fashion stars, he received in 2003 the prestigious World Press prize in the “Arts and Culture” category for his black and white photo of Sharon Stone walking the carpet at the Cannes Film Festival.

But make no mistake about it, what moves Emanuele is above all otherness and everything that deeply affects people, “places and people”, whether documenting the Carnival of Venice (in its early stages), a tree planting program in the Tamil Nadu region of India  for the Yves Rocher Foundation (2017), the General States of Women for ELLE Magazine (2010) or the relationship between man and nature (exhibition Equus in La Gacilly Festival, 2017). 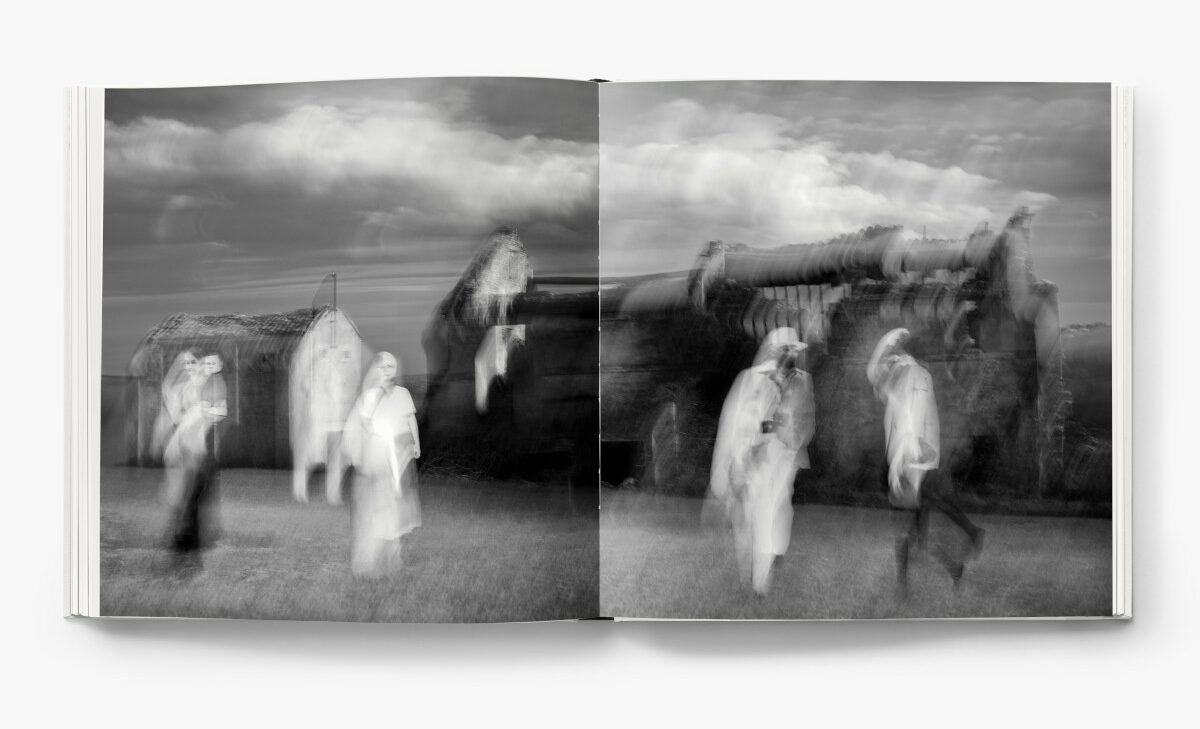 The book includes critical contributions by three experts in the world of art and photography, who analyze the artistic research of Emanuele Scorcelletti, situating it both in a history of contemporary photography and within an international artistic panorama. These critical texts have been presented into three languages: Italian/French/English.

Cyril Drouhet is director of photography and reporting of Figaro Magazine
“The gaze of Emanuele Scorcelletti, known for capturing the human side of film and fashion stars, has evolved, and this is the subtlety of this exhibition, as if this visual introspection were going to delve into a memory that is ever more distant, ever more imprecise, ever more expressionistic, bordering on the unreal. With his new work, Elegia Fantastica, memories gradually blur and Scorcelletti slowly frees himself from the traditional technical rules of photography, such as those of exposure time or framing, to obtain light-bleached portraits or hyper-contrasting black and white landscapes. In this evanescent journey and this nostalgic timelessness, ghostly and light forms evolve in cities frozen by the years, in sacred places preserved by a thousand-year-old faith, in a rural world spared by the frenzy of modernism. Images in movement that reveal a dreamlike work as an ode to eternal Italy, as a poem whispered to the wounds of life in which floats a certain perfume of innocence.”

Denis Curti is a photography critic and a curator
“The two chapters Emanuele has written in light reveal the human quantity of which he is capable. They both show us and confirm to us the idea that the world, as we know it, is actually made of images we have accumulated of it over time. What surrounds us, in itself, is always the same. What changes is the way we look at it, our perspective, our state of mind. Scorcelletti wishes to show others what he feels. His appearances are the unveiling of his intimacy. His abstractions are the declinations of a tone of voice only ever whispered.”

Simona Cardinali is Art Historian at the Palazzo Pianetti Civic Museums, Jesi
“What we all seem to have in common is the search for a perspective and a place to refer to in order to find shelter, albeit temporary. Places are therefore part of the path of a wandering life, both living matter on which to form and the ultimate aspiration in which to find oneself. This is where I think Emanuele Scorcelletti’s photographic project devoted to Le Marche fits in: an intimate and personal quest, […] who finds in a place, Le Marche, an anchorage from which it is possible to slightly restart every time one needs to.” 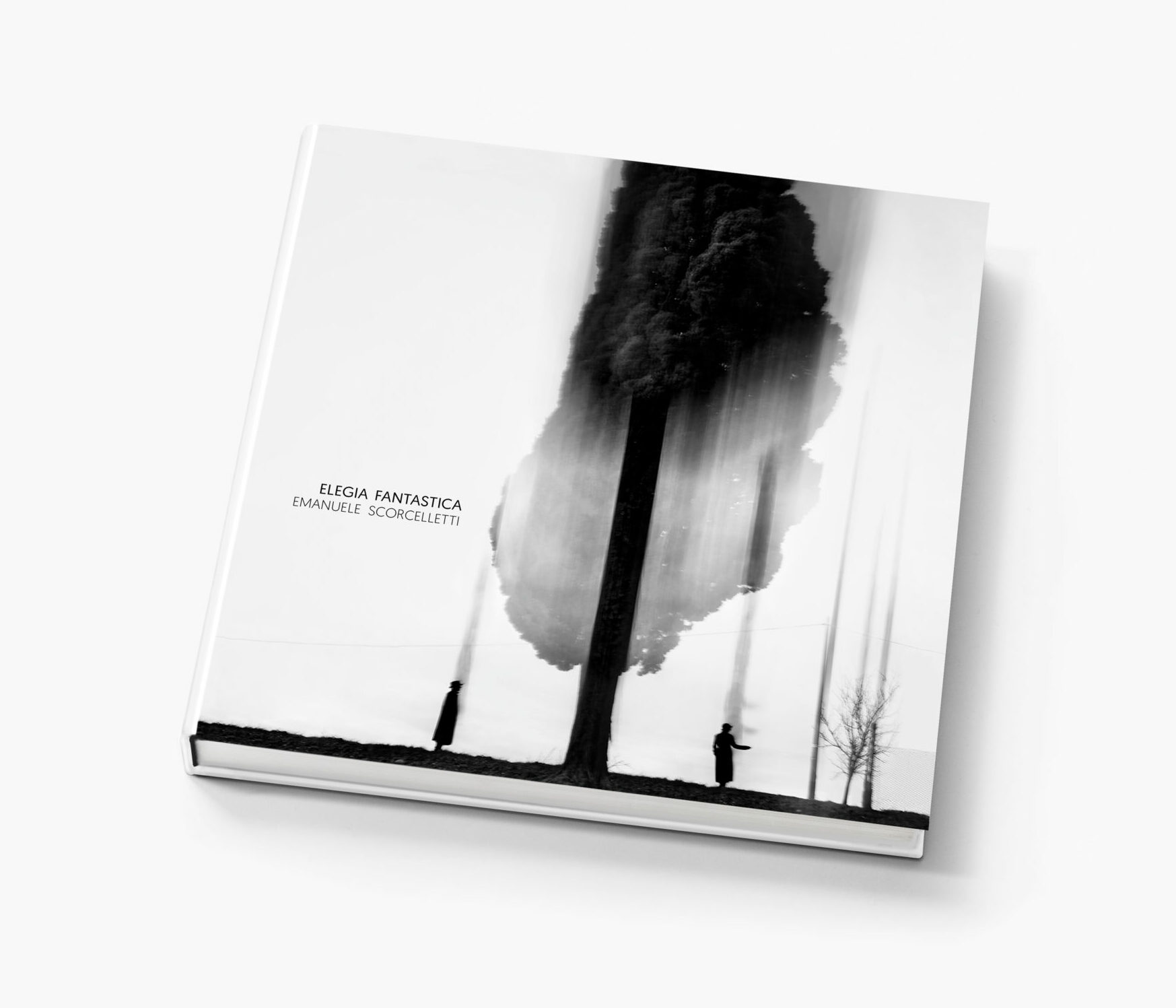 Deliveries will take place in April 2022. 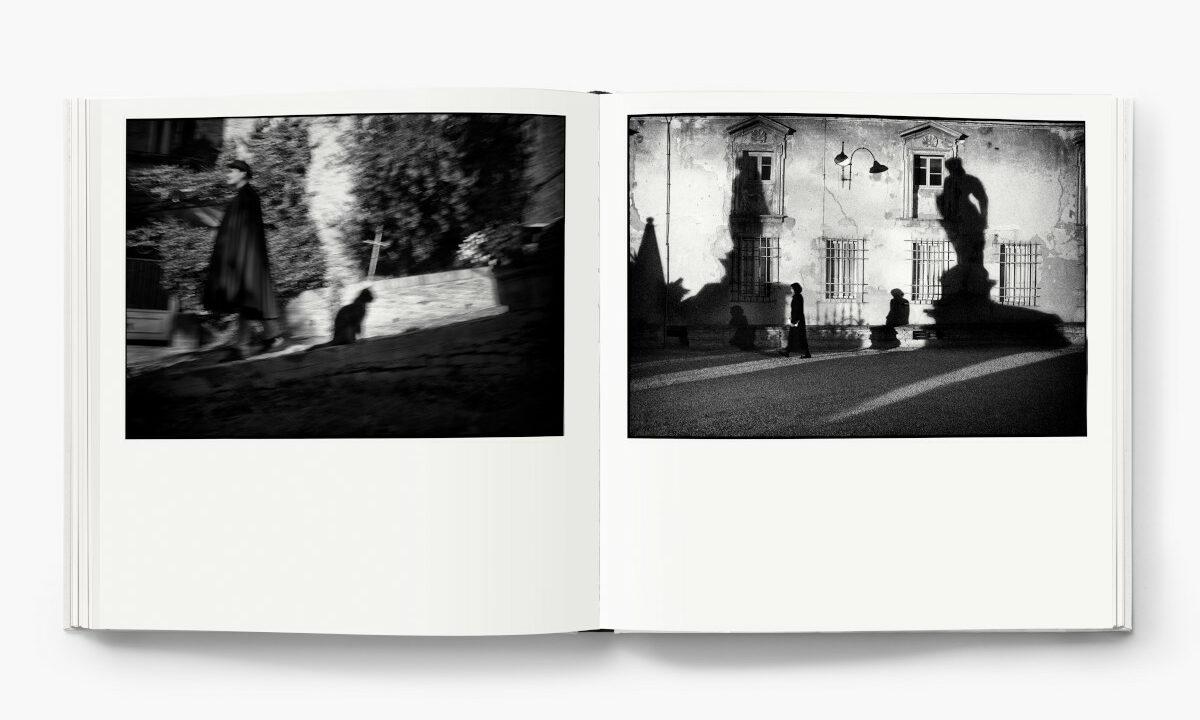 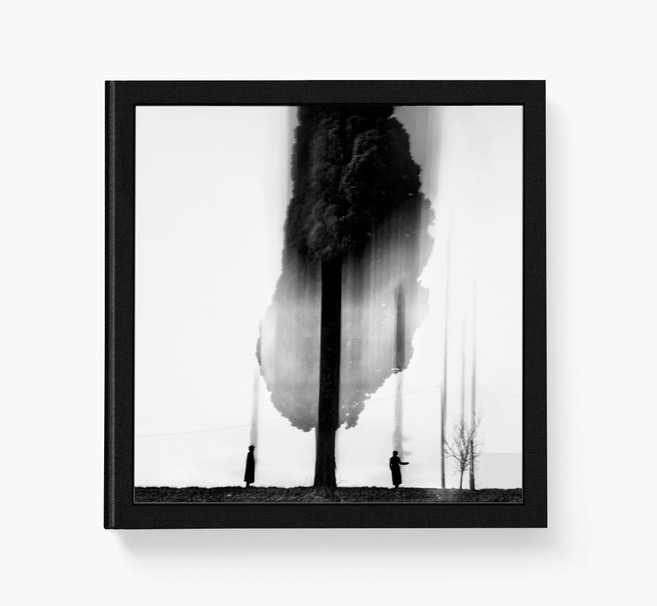 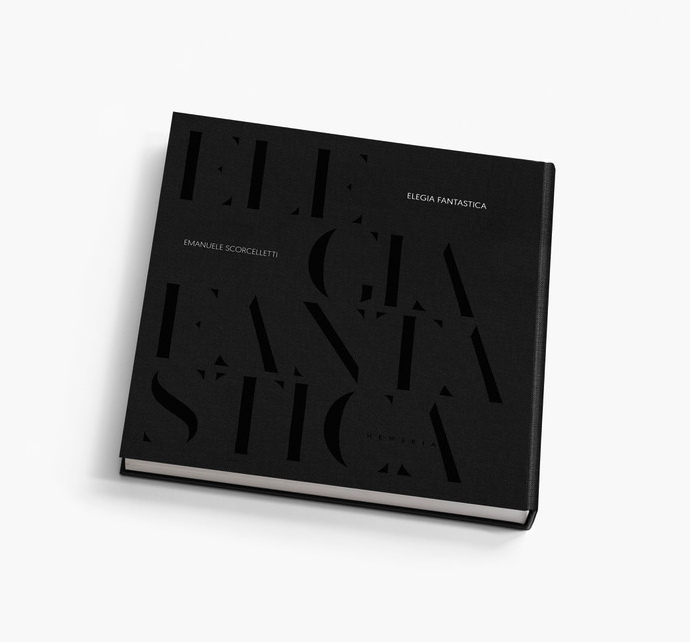 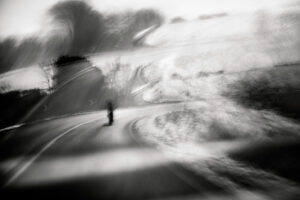 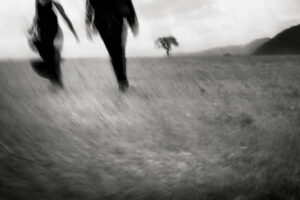 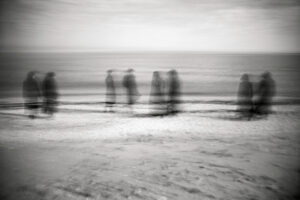 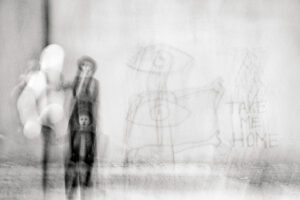 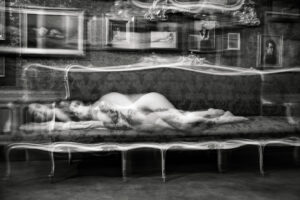 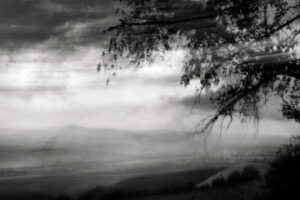 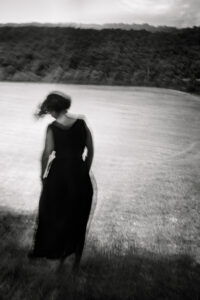 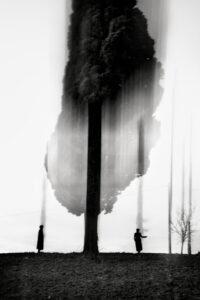 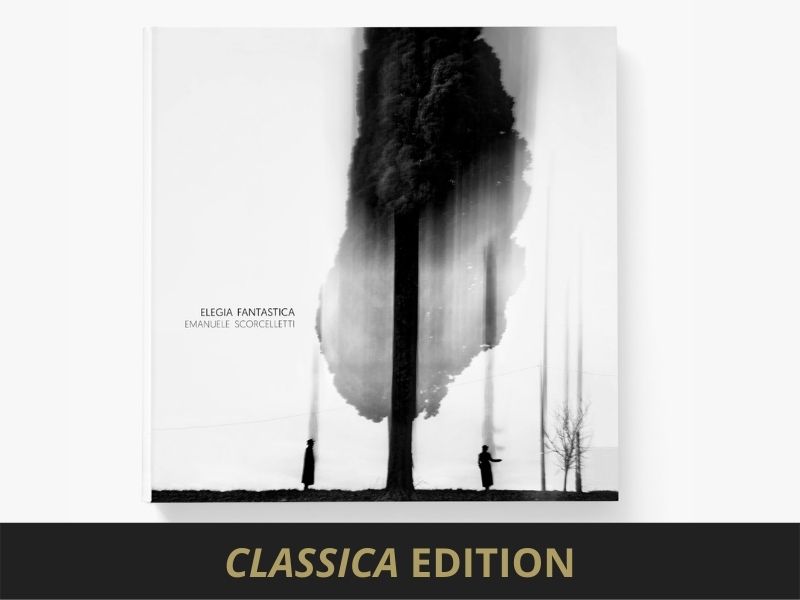 You will receive the Classica Edition of the book Elegia Fantastica at a special price of 58€ (public price 68€ when released).

You will receive the book in a luxury limited edition at a special price of 89€ (public price 99€).
Limited edition of 300 copies (canvas cover and hot-stamped). 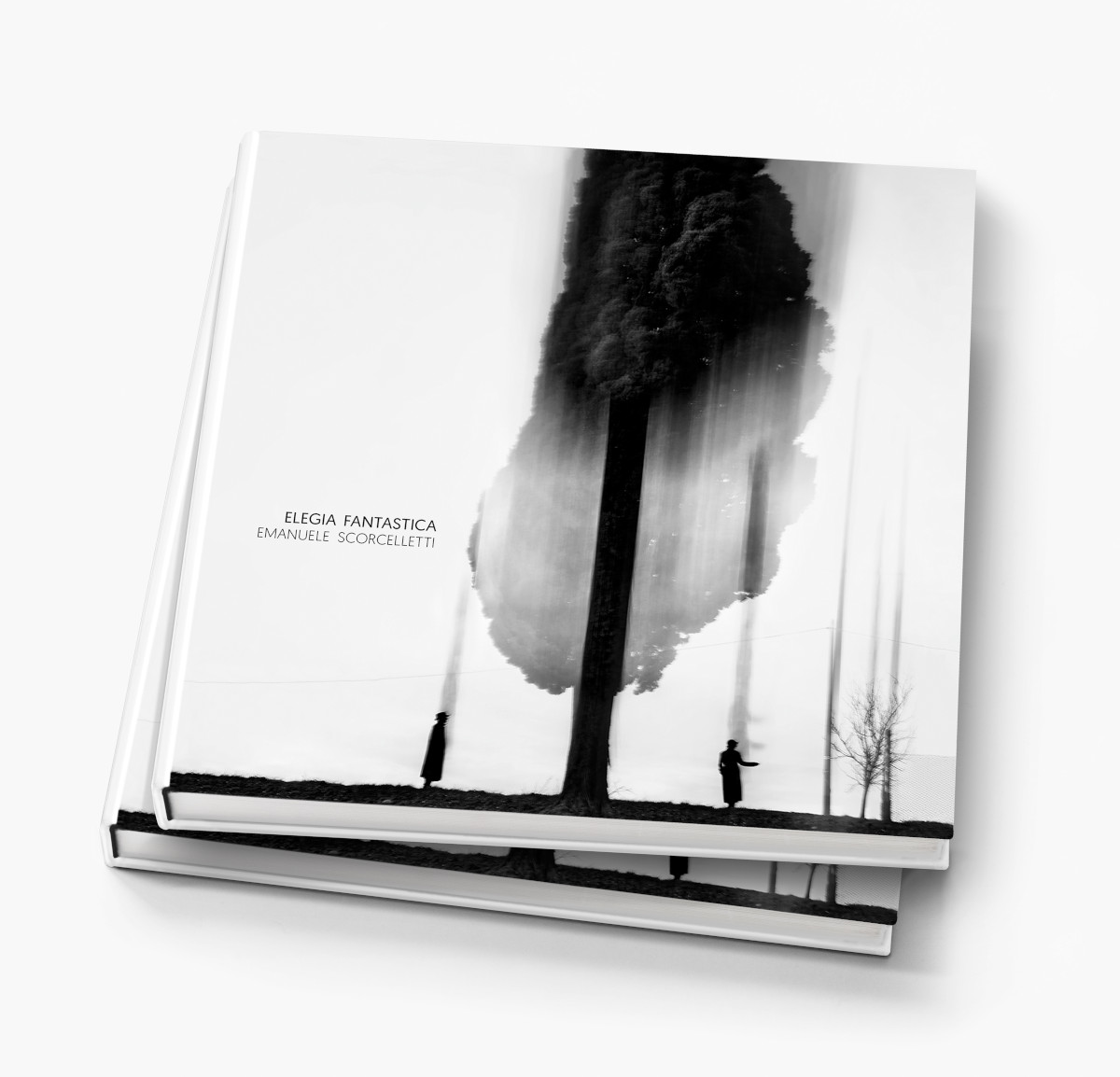 You will receive the book in a luxury limited edition
+ A print stamped by the artist, photo format : 20x30cm + 5 cm White margin on Hahnemühle FineArt Baryta Satin 300g paper (offer limited to 50 contributors). 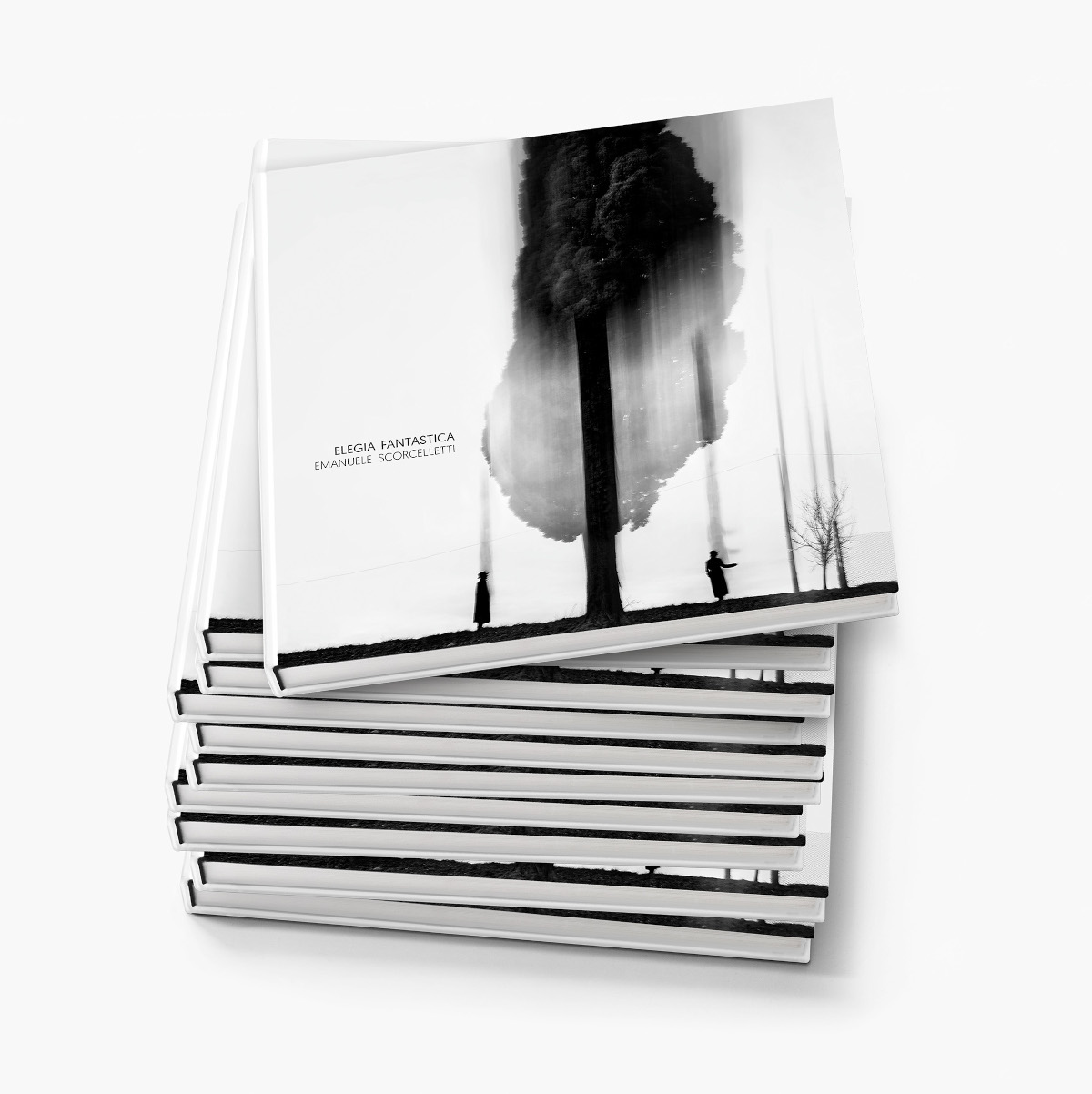 You will receive 10 signed books of the Classica version of the book.
Free delivery for France

You will receive the book in a luxury limited edition
+ A collector's print signed and numbered (only 3 prints out of 15 available).
Photo C, format : 40x60cm. Printed on Hahnemühle FineArt Baryta Satin 300g paper. White margin of 5 cm around the photo.
Available prints:
1/15, 2/15, 3/15

You will receive the book in a luxury limited edition
+ A collector's print signed and numbered (only 3 prints out of 15 available).
Photo B, format : 40x60cm. Printed on Hahnemühle FineArt Baryta Satin 300g paper. White margin of 5 cm around the photo.
Available prints:
1/15, 2/15, 3/15

You will receive the book in a luxury limited edition
+ A collector's print signed and numbered (only 2 prints out of 10 available).
Photo D, format : 60x90cm. Printed on Hahnemühle FineArt Baryta Satin 300g paper. White margin of 5 cm around the photo
Available prints:
1/10, 2/10

You will receive the book in a luxury limited edition
+ A collector's print signed and numbered (only 2 prints out of 10 available).
Photo E, format : 60x90cm. Printed on Hahnemühle FineArt Baryta Satin 300g paper. White margin of 5 cm around the photo.
Available prints:
1/10, 2/10

You will receive the book in a luxury limited edition
+ A collector's print signed and numbered (only 2 prints out of 10 available).
Photo F, format : 60x90cm. Printed on Hahnemühle FineArt Baryta Satin 300g paper. White margin of 5 cm around the photo.
Available prints:
1/10, 2/10

You will receive the book in a luxury limited edition
+A collector's print signed and numbered (only 2 prints out of 5 available).
Cover photograph.
Photo format : 80x120cm
Printed on Hahnemühle FineArt Baryta Satin 300g paper
Certificate of authenticity issued
Transport in France offered
Delivery of the flat print
Signature of the artist on the back of the print
Available prints:
1/5, 2/5 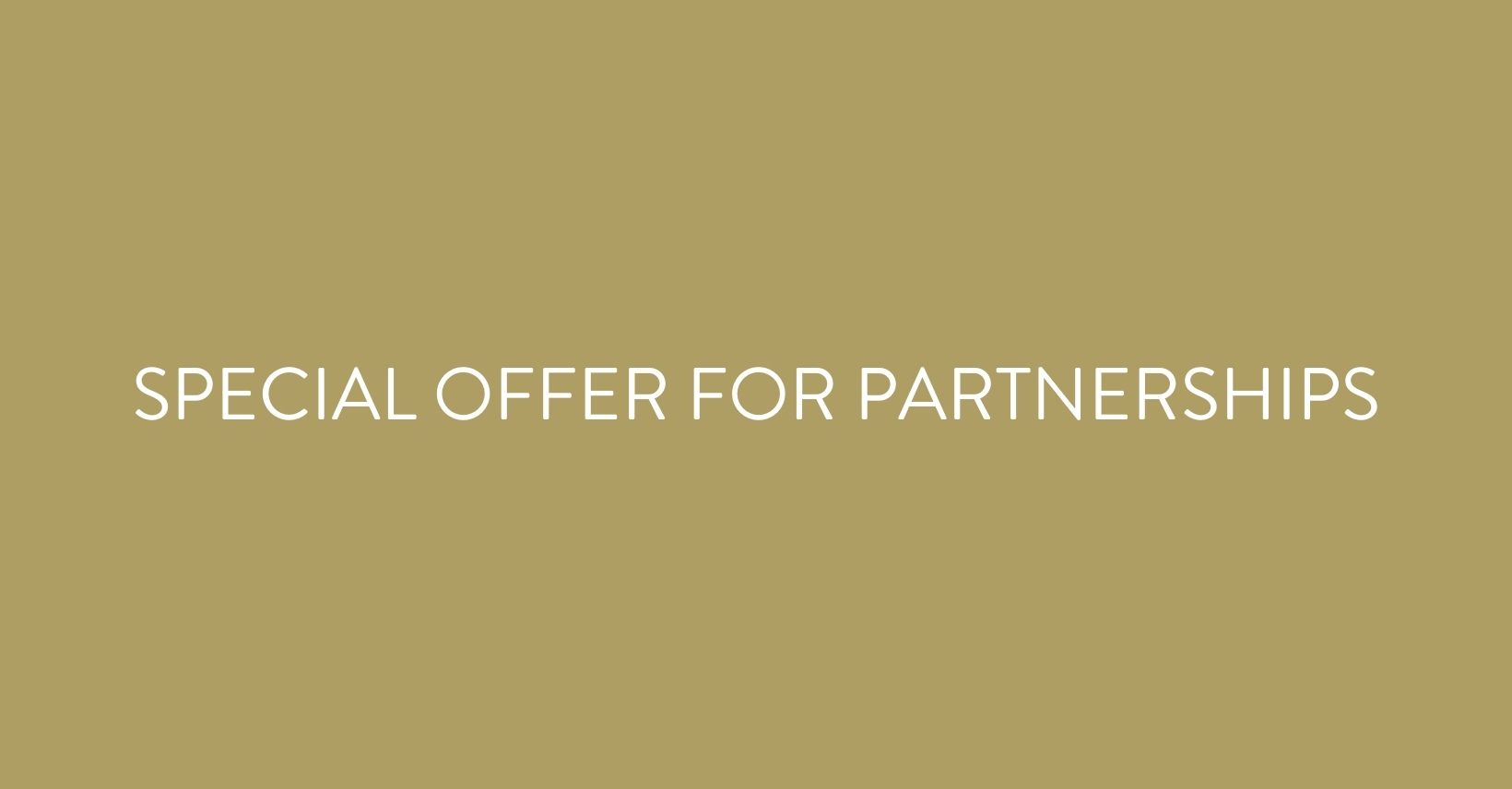 25 books,
Sponsorship agreement
Contact us if you wish to receive all our partnership offers