The city of Geneva, like all of Switzerland, embodies opulence, wealth and success for many. Yet, behind this flourishing socio-economic facade, lies another facet of the city, paradoxical, that we must take the trouble to observe to give it a face. This is what photographer Pierre-Alain Balmer undertook.

A book to give a face to precariousness

The project entitled “Fragile” is a series of portraits of people who have lost their footing following a layoff, an illness, a depression, a death, and who find themselves in precarious situations.
With great dignity, they shared their doubts, their revolts and their questions about a future, between uncertainty and hope.
At the origin of this project, the observation that we rub shoulders without knowing it every day, in our modern and hyperactive cities, people in precariousness and/or marginalized.

And that we perceive a dehumanization of the society in which people are caught up in their work, making them more and more solitary and anonymous.
For one year, Pierre-Alain Balmer volunteered with the CARÉ charity and met people who had suffered from depression, lost their jobs and lost their homes. Others have experienced family deaths, when young people were harassed at school. At some point in their lives, all of these individuals found themselves vulnerable and excluded from society. Most have received training in the region and have thus contributed, each in their own way, to the development of our society.

The photographer wished to show, through their eyes, their doubts and their revolts, the courage that all are showing in the face of trials. He spent several weeks with each of the people in their environment and their privacy, apart from the association that welcomes some of them.
To this series of portraits, he added photographs of personal objects belonging to them, which each one chose for the meaning he carries. In talking with them, he realized that these objects were part of their history.

He also added a series of images giving the context of life in which we live every day, that “scenery” which makes the daily life of each of them: we are all anonymous among this urban crowd, and we too can one day be confronted with fragility and vulnerability. , for adversity, whatever it may be, spares no one and may arise at any time, and the breaking may come from within or from without expectation. Fragility is a dimension of our human condition. It is neither weakness, nor failure, nor lack of strength. To be fragile is to be profoundly human.

She was adopted by a widowed mother at the age of 2 in 1965. She is an apprentice pharmacy assistant and nursing assistant. In 2003, very ill, she underwent an operation that went very badly and since then she has been on disability insurance. Today, she is no longer able to have a regular professional activity. She does volunteer work with various associations.

“When we draw a portrait of someone, we make it exist; we extract it from the anonymous crowd and we give it back an identity. He is given back a place in a society that is resistant to exposing any form of so-called fragility, but that Pierre-Alain Balmer’s photograph so accurately, and with dignity, highlights.”

José
Is a bricklayer, he worked in construction until he was 49 years old and then lost his job. He does not find a job again and after a certain time comes to the end of his rights. He gets help from the General Hospice. In return, he went to work as a cook’s assistant in a shelter for the underprivileged.

“Pierre-Alain knew how to put on his jacket and forge ties, create encounters: his camera was not perceived as an intruder but as an integral part of his personality. Pierre-Alain has been able to blend into the life of CARE with tenderness and humility. He had to be accepted, overcome his own fears as well as theirs. I warned him, the path would be long and the outcome uncertain. A small photo lab was improvised, and the shots started, either in the structure of CARE itself or outside. The result is brilliant, the photographer’s gaze blends softly welcomed and welcoming, the objective retraces their daily journey. The fruit of these meetings is in your hands.”
Philippe Rougemont”
Director of CARÉ until 2019 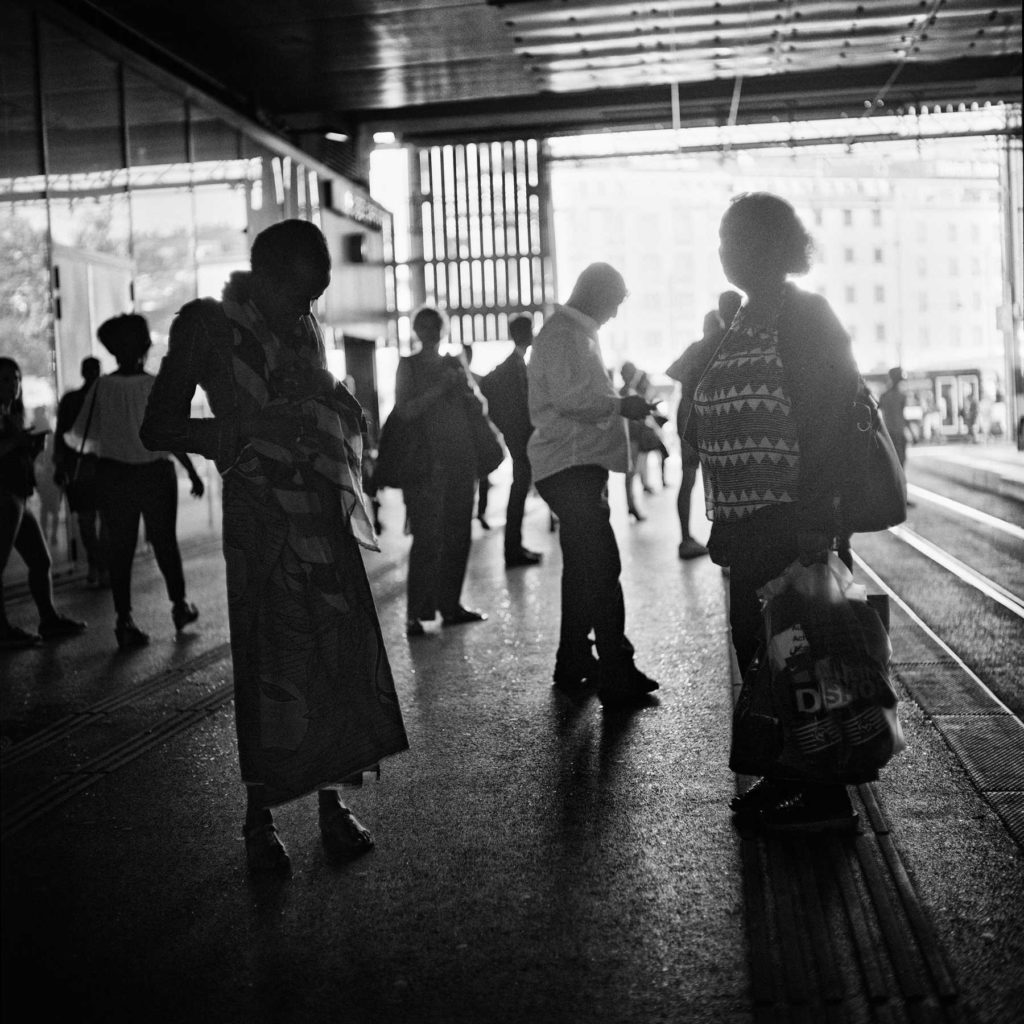 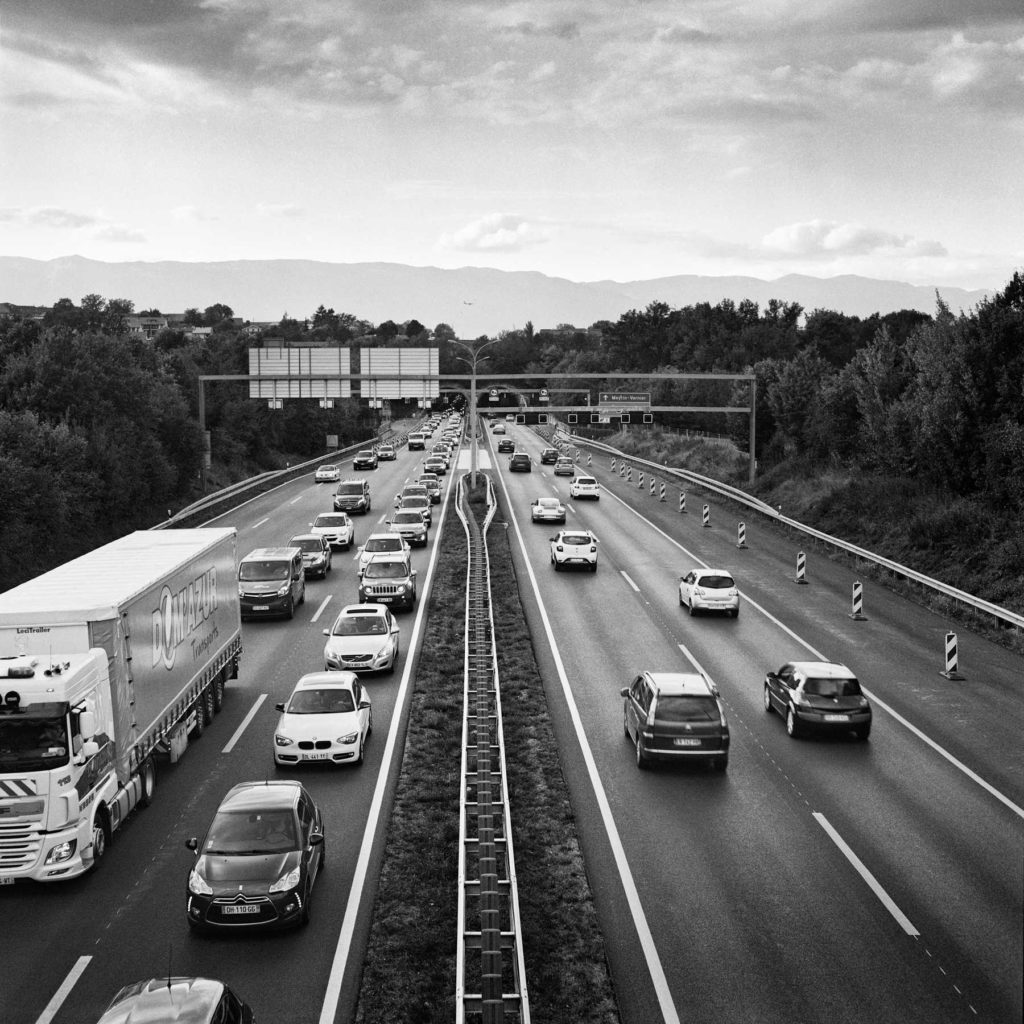 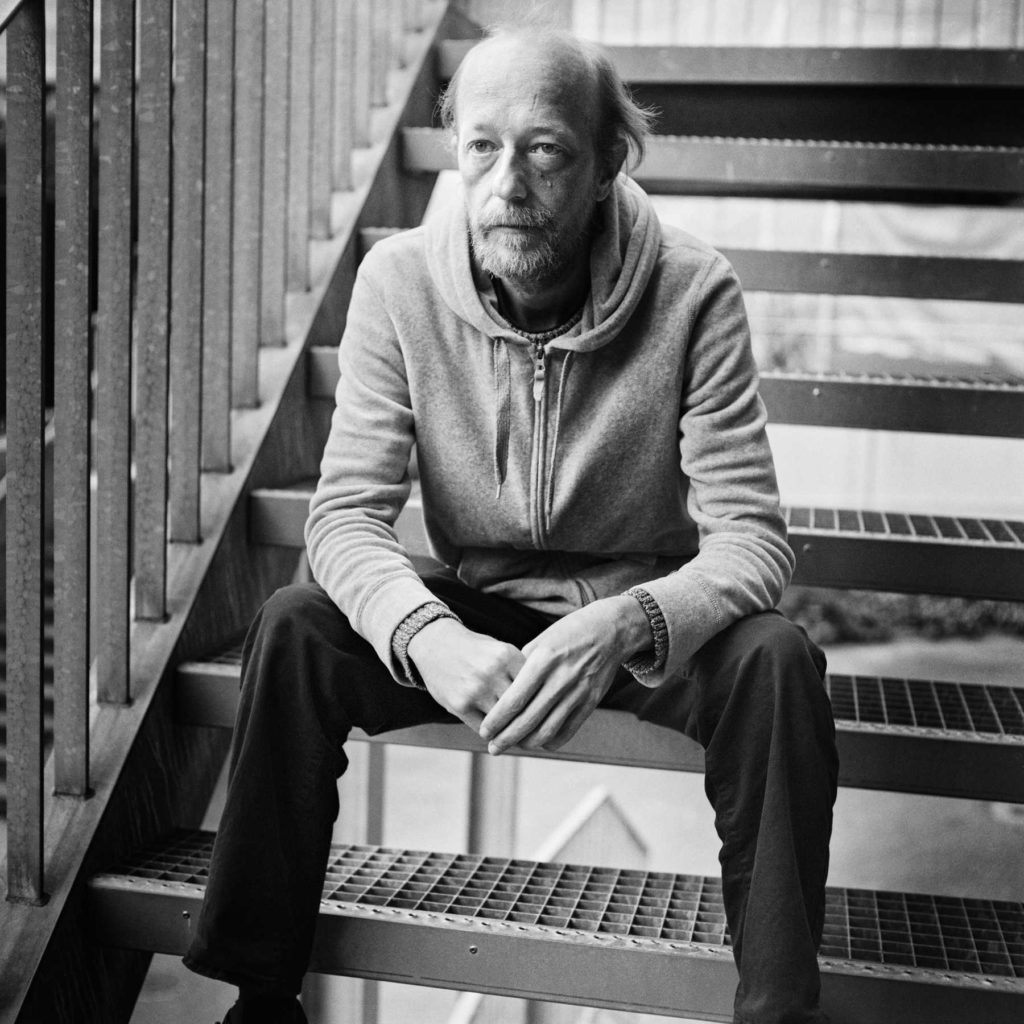 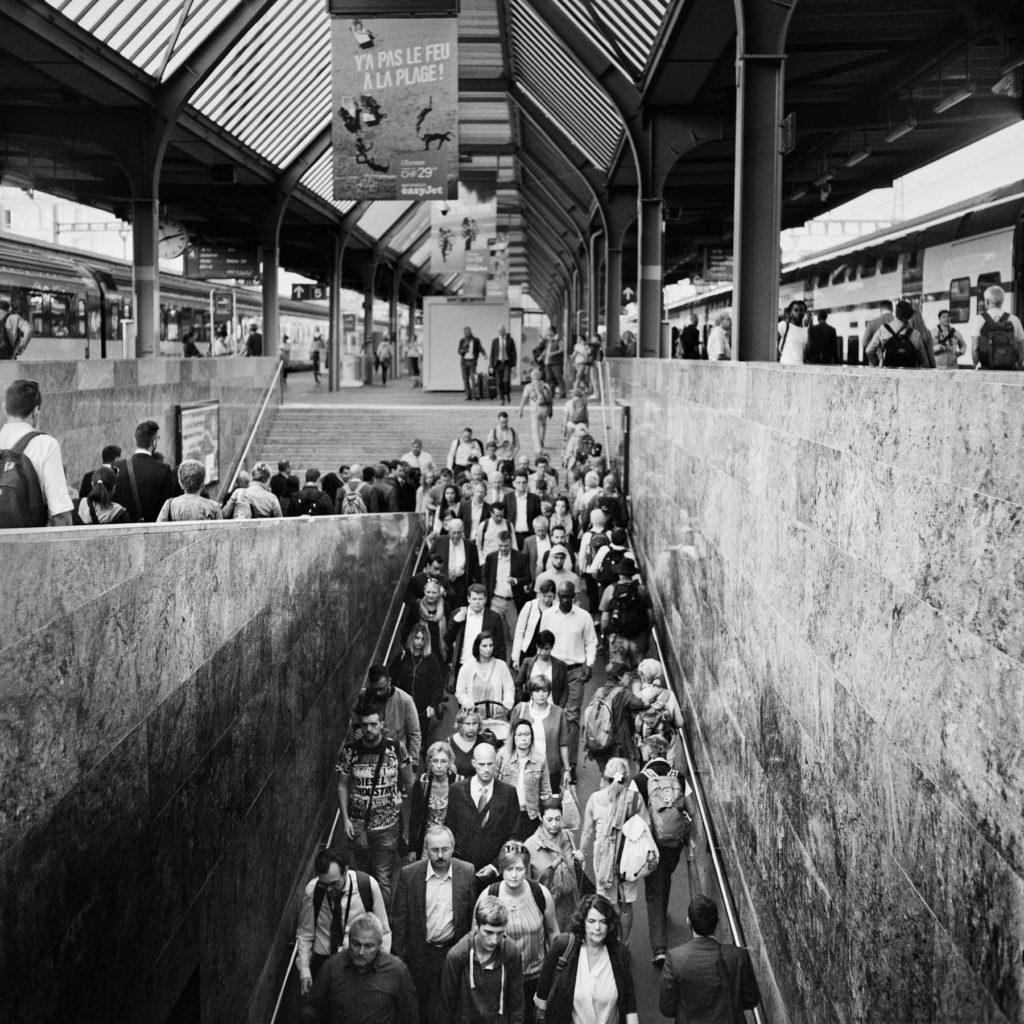 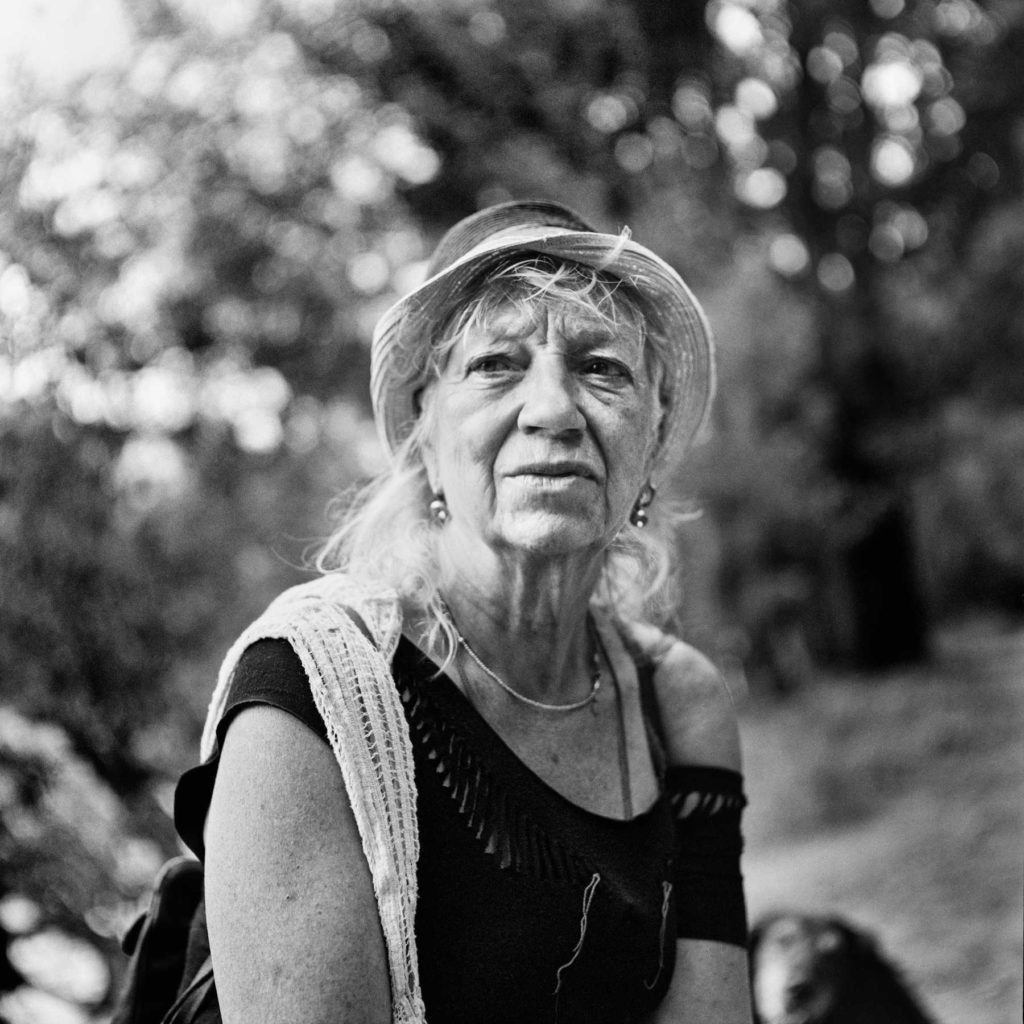 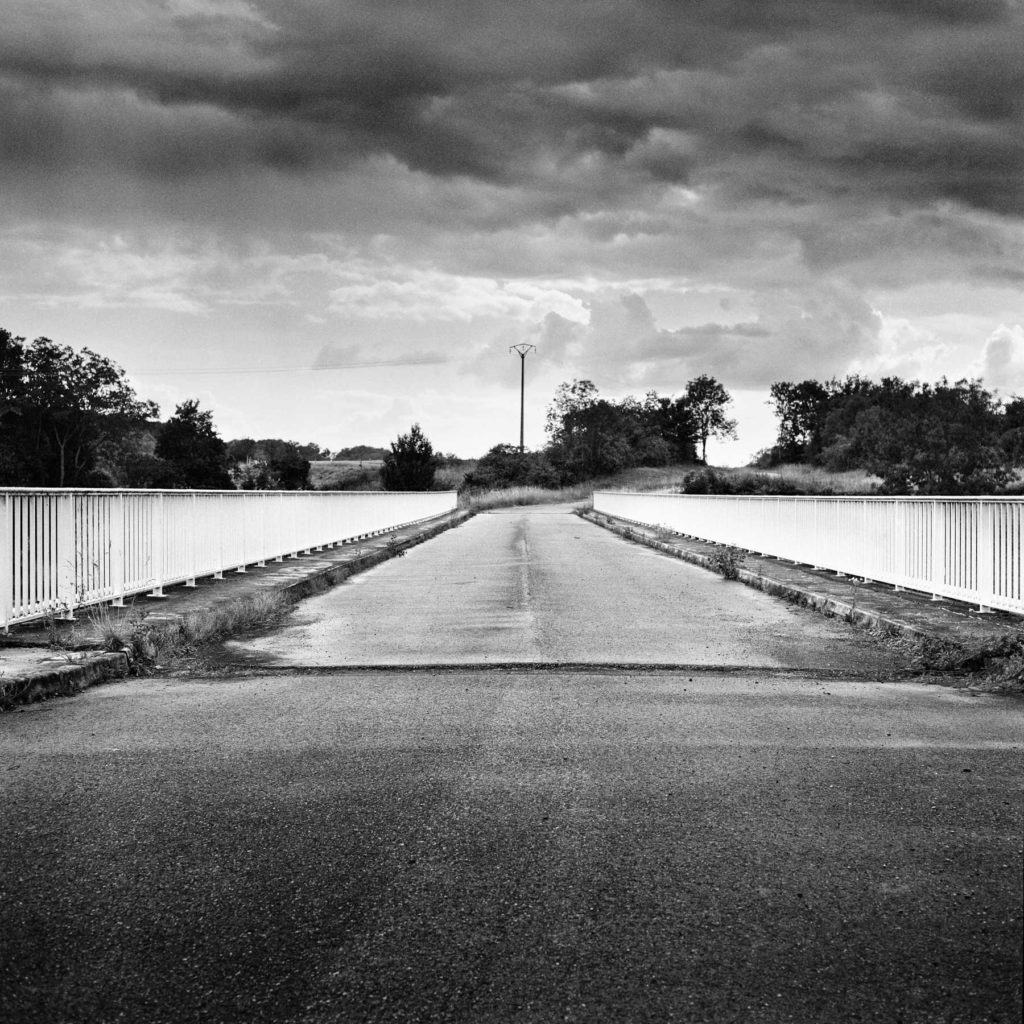 This project will be exhibited in Geneva in May 2020 (date to be confirmed).
The exhibition will be accessible during the opening hours of the Espace de quartier de Sécheron.

Pierre-Alain Balmer was born in 1965. He knows Geneva well since it is there that he lives and works, surrounded by his wife musician and his two big daughters. Computer engineer, he practises enlightened amateur photography. As early as the age of 9, he received his first camera and got to know the photographic medium. During adolescence, he bought his first SLR and developed his own films in his own laboratory.

It was during a trip to New York in 2011 that he resumed his photographic activity in a very serious way. He decides to follow various workshops in Switzerland, France and the United Kingdom with professional photographers to perfect his technique and develop his artistic outlook.

Inspired by photographers such as Sabine Weiss, Reto Albertalli, Karolin Klüppel, Philippe Pache, Denis Rouvre or Henry Cartier Bresson, his gaze is that of a humanist photographer who expresses himself particularly in the craftsmanship of his portraits.

His project «Fragile» addresses the issue of precariousness in Geneva through a series of black and white portraits, which he combines with intimate images or with snapshots of our urbanized and anonymous environment. This work was praised during the Nuit de la Photo 2019 at La Chaux-de-Fonds, where he was a finalist for portfolio reading.

What will the funds be used for?

With this amount, Pierre-Alain Balmer can print 500 copies and finance the costs of image processing and artistic direction, as well as the translation of texts into English and German.
Beyond this amount, he will be able to print at least 300 additional copies and make his book available to booksellers in Switzerland, France and Germany.

Hemeria supports Reforest’Action and acts for the reforestation in France and around the world.
Each book purchased on www.hemeria.com is a tree planted on a location of your choice.

This project is supported by the City of Geneva. 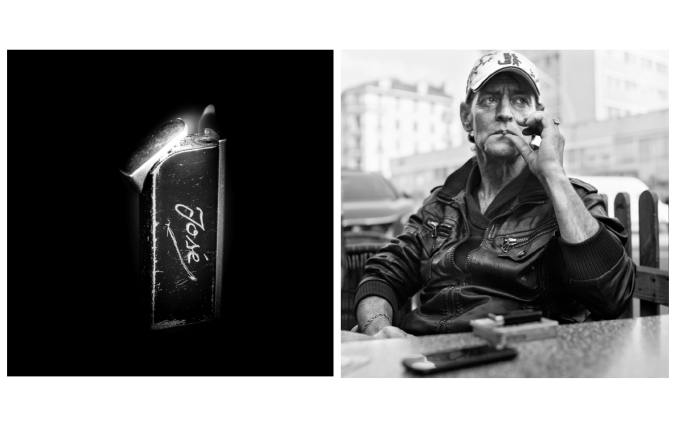 5 original postcards size 11 cm x 16 cm on a side-down card. Your name on the thanks web page. Free delivery.

The book Fragile. Your name on the thanks web page. Free delivery.

Two books Fragile. Your name on the thanks web page. Free delivery.

Three books Fragile. Your name on the thanks web page. Free delivery.

A copy of the book Fragile with an art print Rag inkjet pigmentary printed on Hahnemühle Fine Art Rag paper 308 g/m² in 19x25 format. Image chosen by the photographers (photo format 17x17). Your name on the thanks web page. Free delivery.

Two copies of the book Fragile with an art print Rag inkjet pigmentary printed on Hahnemühle Fine Art Rag paper 308 g/m² in 19x25 format of an image chosen by the photographers (photo format 17x17). Your name at the end of the book &amp;amp; on the thanks web page. Free delivery.

A copy of the book Fragile with an art print Rag inkjet pigmentary printed on Hahnemühle Fine Art Rag paper 308 g/m² in 40x50 format of an image chosen by the photographer (photo size 36x36). It will be proposed 5 images extracted from the book so that the subscriber can choose from one of them to have his numbered drawing carried out. Your name at the end of the book &amp;amp; on the thanks web page. Free delivery. 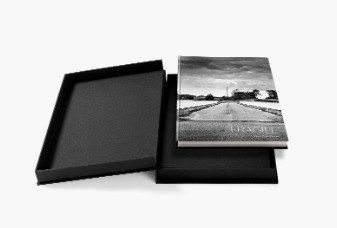 The book Fragile signed and dedicated, as well as an art print on baryta paper, numbered from 1 to 9, format 40x40 cm. Single print of all formats with 9 numbered and signed copies. It will be proposed 5 images extracted from the book so that the subscriber can choose from one of them to have his numbered drawing carried out. Your name at the end of the book &amp;amp; on the thanks web page. Free delivery. This possibility is therefore limited to 45 subscribers.

The book Fragile signed and dedicated, as well as an art print on baryta paper, single print, format 90x90 cm, numbered from 1 to 9. Single print with 9 numbered and signed copies. Image chosen by the photographer. Your name at the end of the book &amp;amp; on the thanks web page. Free delivery. This possibility is therefore limited to 9 subscribers.